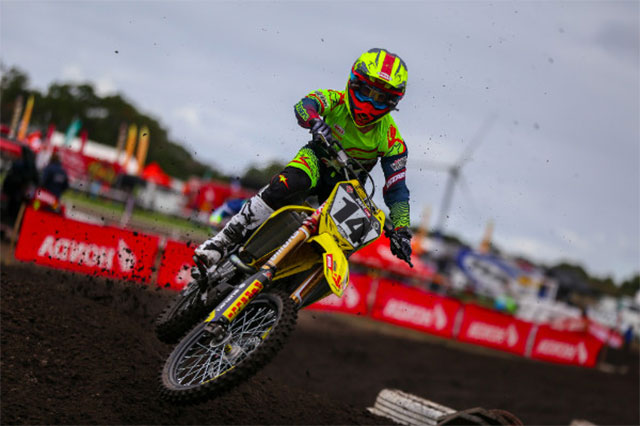 Wilson Coolair Motul Factory Suzuki showed strong form at the opening round of the 2017 Motul MX Nationals in Wonthaggi, Victoria, on Sunday, however bad luck and trying conditions struck both riders.

Team newcomer Kyle Peters marginally missed out on transferring into Super Pole when he qualified sixth, before going on to register hard-fought 9-6 results in the two motos. That placed him seventh overall for the opening round.

Peters rocketed to the lead in race one with a convincing holeshot, maintaining control of the field all the way through the final stages of the race, however he would relinquish the position to defending champion Dean Ferris with just two laps to go.

Devastation would hit just moments later as the American suffered a clutch issue on the final lap, forcing him to nurse his way home to ninth.

Race two saw Peters fall shy of the start that brought him the lead in opening moto, resulting in him having to work his way through the pack and negotiate traffic. Sixth was the best he could muster in the highly-competitive class, crediting him seventh overall. Wilson unfortunately had another moto to forget, adding to a frustrating weekend.

‰ÛÏIt was a rough day for me in some ways and qualifying didn‰Ûªt go overly well, but coming into the first race I knew what I had to do,‰Û 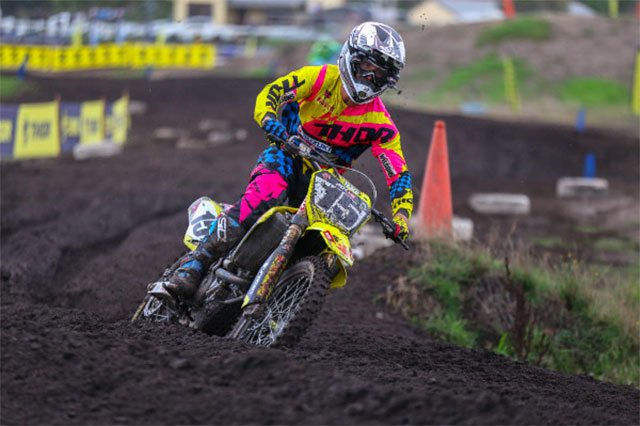 Luke Wilson has had better days. Credit: MXN Images
Luke Wilson was unable to match his pre-season form when the gates dropped on the series, going 24-23 for 24th overall. He will aim to reset ahead of round two in three weeks‰Ûª time.