Kurtz ‘over the moon’ With First Australian Solo Speedway Title 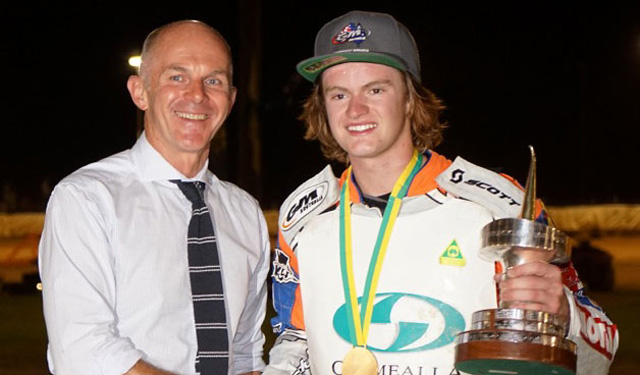 The 19-year-old secured his first senior Australian title following an exciting fourth and final round at Mildura‰Ûªs Olympic Park Speedway on Sunday evening.

In warm conditions that reached up to 40å¡ during the afternoon, Kurtz recorded 11 points in the final round to finish on 55 points overall for the Championship - one point ahead of fellow New South Welshman Sam Masters and Victorian Max Fricke on 52.

The Cowra product said he was elated to join the illustrious list of Australian Speedway champions.

‰ÛÏIt‰Ûªs an unbelievable feeling, and it‰Ûªs been a massive thing for me ever since I was a kid, and to actually do it is pretty cool,‰Û