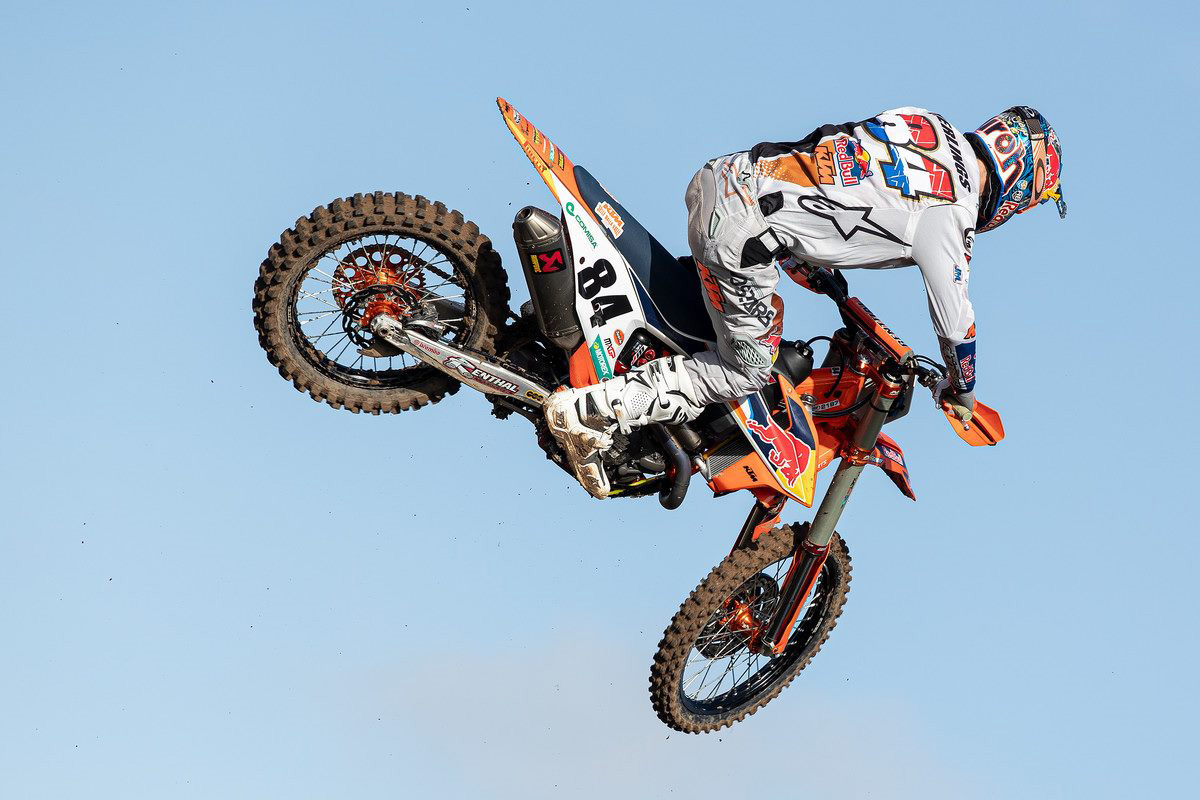 Rounds three, four and five will take place at the established Kegums circuit. Jeffrey Herlings and Tom Vialle go into the triple header holding the red plates as leaders of the MXGP and MX2 classes respectively.

MXGP last saw action at the Grand Prix of the Netherlands on March 8th and will resume in Latvia on Sunday, 154 days after the gate dropped at the Valkenswaard circuit. Post-Latvia, according to the current schedule, the series will visit five more countries for another 11 races until the beginning of November.

The five Red Bull KTM riders have been patiently following their own training and preparation programs in the forced hiatus. Several have also been negotiating domestic races in territories such as the Czech Republic and Holland to try and keep in competitive trim.

After Grand Prix victories in the UK and his home country with his works KTM 450 SX-F, Jeffrey Herlings leads the MXGP standings by nine points over Tim Gajser and with teammate Tony Cairoli in 3rd position just 26 points adrift. Cairoli was able to profit from the break in world championship duty to rehab small problems with both his knee and shoulder and is now in hoping for better race conditioning compared to the start of the campaign in February. A broken collarbone after a training mishap for reigning MX2 title winner Jorge Prado means the young Spaniard has been playing catch-up for fitness and speed but has had a number of weeks to accumulate practice laps with the #61 KTM 450 SX-F. 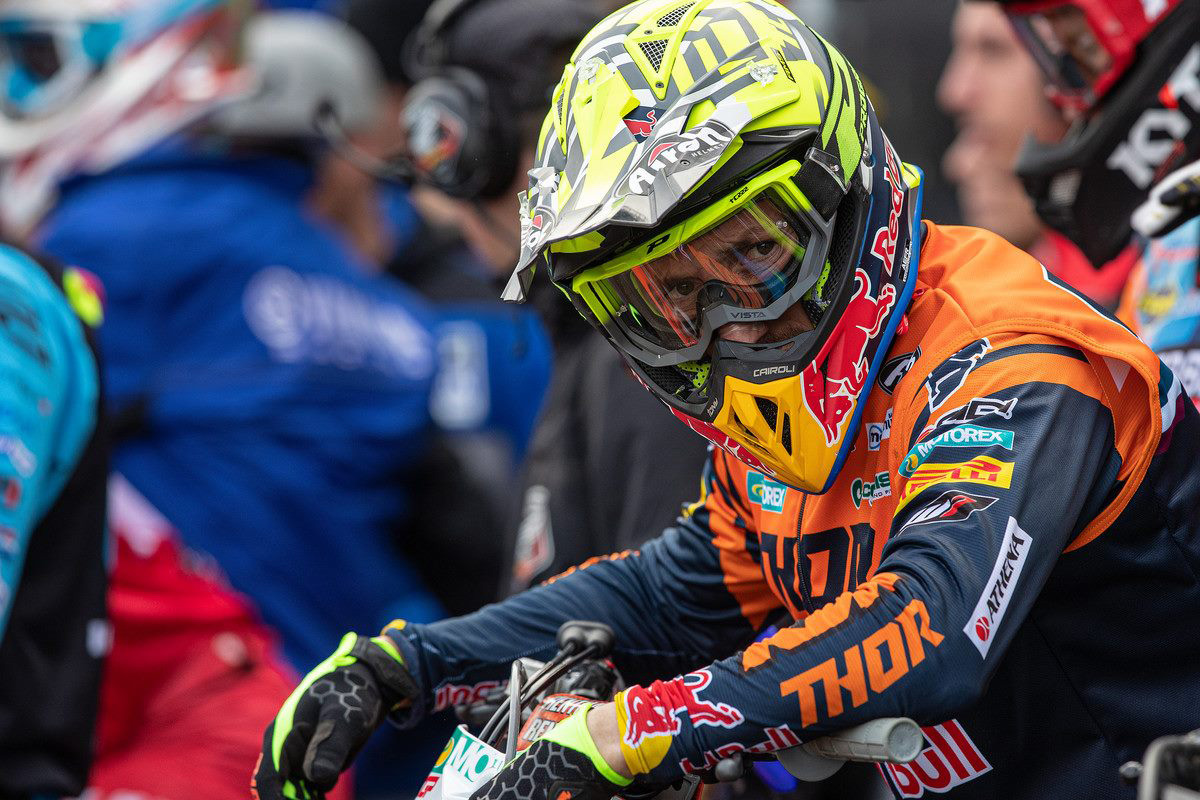 Tony Cairoli resumes the 2020 MXGP season in third place. Photo: Ray Archer
‰ÛÏKegums has always been very good to me," Herlings said. "In 2010 I won my second MX2 GP there and took several wins afterwards. 2017 was also special. 2019 was also my first moto win of what turned out to be a pretty bad season. So, some good memories. Like everyone else I‰Ûªm excited to be racing again. My KTM works well at Kegums and I believe we are very ready. We might be missing some racing rhythm, but I think that is the same for the others too. We‰Ûªll do our best for these three races and see where it takes us. It won‰Ûªt be a long season but it‰Ûªs important to be at each round, take some good starts and work from there.‰Û 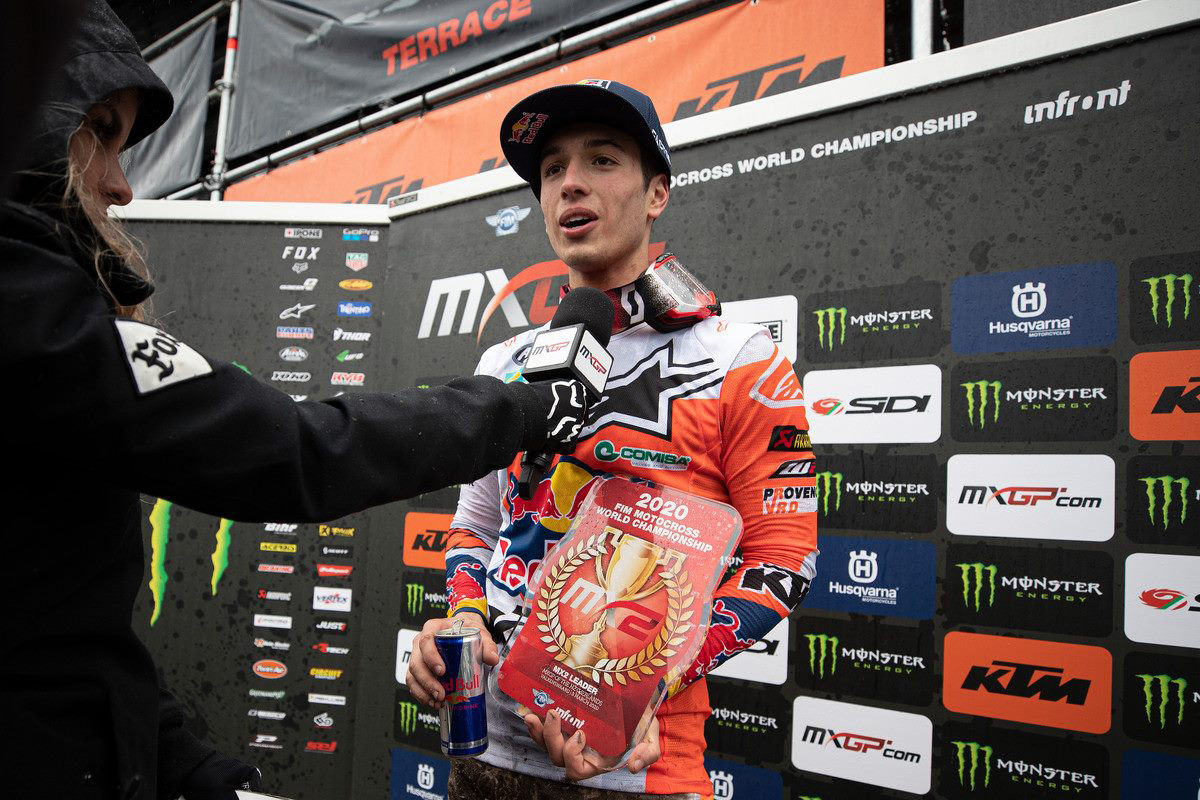