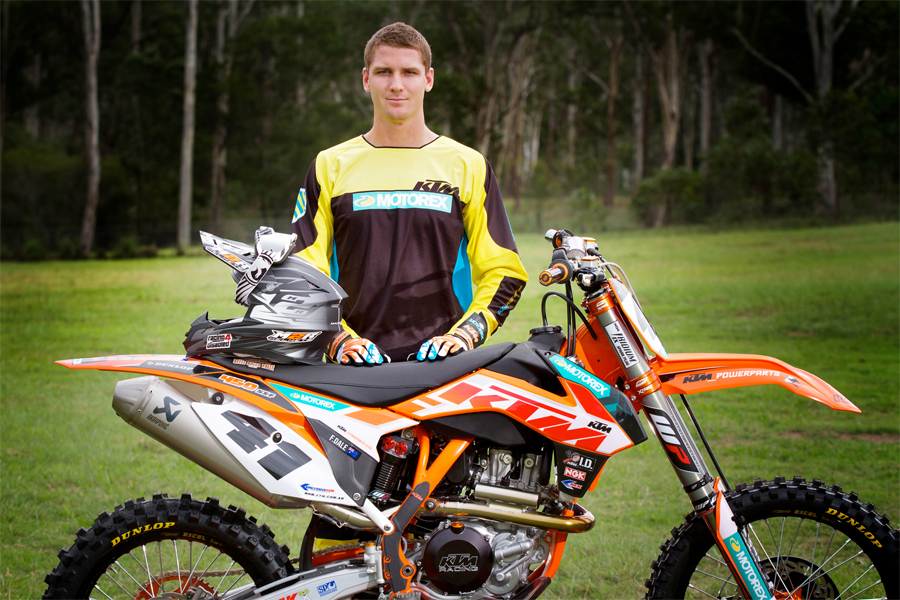 On the back end of a successful build-up to this year's MX Nationals, Dale was emerging as a genuine title prospect after four tough races in New Zealand, and was practising last weekend in Caloundra when the accident occurred.

Dale crashed heavily over a jump suffering facial lacerations and a broken left arm which is likely to keep him out of at least the first four rounds of the motocross championship.

Once the threat of infection has diminished, the Queenslander hopes to go under the knife next week to have the break plated.

The popular former Australian MX 2 champ, who spent much of last year sidelined with a knee injury, is justifiably shattered, but is trying to keep positive.

The KTM Motocross Racing Team has elected not to source a fill-in rider for Dale's KTM 450 SX-F during his absence, but will instead direct all its resources solely behind the campaign of Kirk Gibbs, who finished fifth in last year's MX 1 championship at his first attempt.

‰ÛÏPhysically I'm still a little sore, but I'm not doing much to aggravate it." Dale stated from his hospital bed. "Mentally though, I‰Ûªm gutted. I've been working my butt off and everything has been going to plan, but just a little mistake means I‰Ûªm out of the first few rounds of the motocross Championships which is a massive blow because it was my goal to win this year.

"It's tough and I guess I'll be moping around a bit for a couple of weeks but it could have been a lot worse and in fact I look a lot worse than I feel.

"But as soon as I‰Ûªm ready I'll come out swinging. It‰Ûªs a negative and it does suck but the team has been very compassionate towards me because they know how much I wanted it," he concluded.

The KTM racing team will head to Taupo in New Zealand this weekend where Kirk Gibbs will concluded his preseaon warm up at the final round of the New Zealand Motocross Championships.

Top Image: Ford Dale suffered a big practice crash that has ruled him out of the start of the Australian Motocross Championship
Credit: Damien Ashenhurst