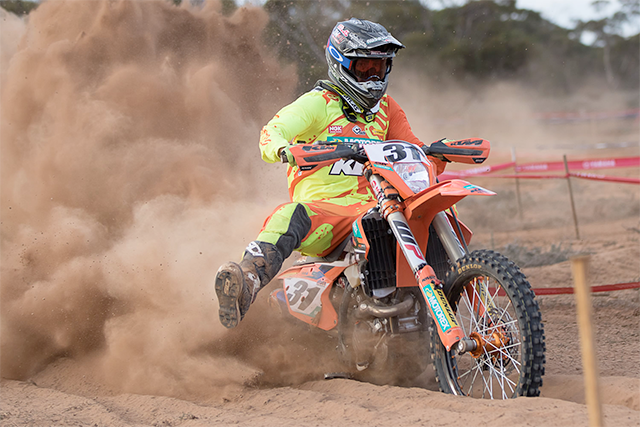 The KTM450 EXC-F rider extended his runaway lead in both the super-competitive E2 class and the unofficial ‰ÛÒ yet highly coveted - outright classification.

However, his biggest threat came from his teenage team-mate Lyndon Snodgrass, who took his KTM 300 EXC to second overall on both days, and regained a share of the lead in the E3 class.

A potentially brilliant track design became distinctly hazardous after inadequate rain combined with a horde of highly potent race bikes, and the thick, hanging dust made it impossible for most competitors to race to their highest level. 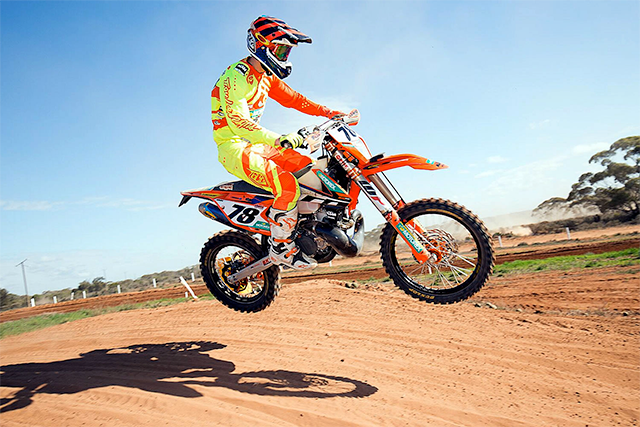 ‰ÛÏIt feels pretty good to bounce back with two second places and two class wins after the last round," Snodgrass said. "It feels pretty good. I can‰Ûªt even say the conditions suited me ‰ÛÒ we‰Ûªve just been working hard towards this, it‰Ûªs the result we‰Ûªve been aiming for. So it‰Ûªs good to see that hard work show, and to finish on the top of the podium. It was a tough battle, that‰Ûªs for sure. Milner was definitely showing us how it‰Ûªs done, and it was a hard-fought battle between me and Riley Graham, so it was good to come out on top of that with second outright both days. I think I have a share of the E3 lead.‰Û