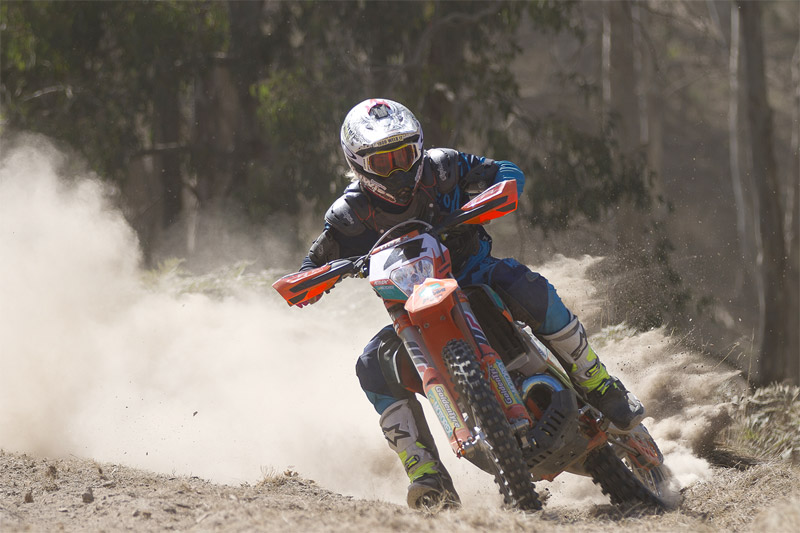 An established star and two rookies to international competition are thrilled to make up the KTM contingent in this year‰Ûªs Australian ISDE team as it defends the three titles it so spectacularly won in Slovakia in 2015.

Daniel Sanders, Jack Simpson and Nic Tomlinson will all wear the green and gold when the ISDE takes place in Spain between October 11 and 16.

The International Six Days Enduro is considered the Olympics of enduro racing and Sanders was one of Australia‰Ûªs big winners last year when he rode his two-stroke KTM 300 EXC to first in E3 and fourth in outright classification.

Last year a member of the Junior (U23) team, Sanders will this year return as a member of the Senior Trophy team, alongside Josh Strang, Lachy Stanford and Daniel Milner.

Making the occasion even sweeter for the hard-charging Victorian who currently holds the E3 class and outright lead in the Australian Off-Road Championships, is the fact that he will ride the all-new 2017 KTM 300 EXC in Spain.

‰ÛÏAfter the Australian effort last year of winning all three classes at the six-day in Slovakia, we‰Ûªve got high hopes." Sanders said. "We've got a really strong team - unfortunately we couldn't have Phillips in it ‰ÛÒ but I'm pretty sure that myself, Milner, Strang, and Stanford will be aiming for gold again.

"Also I‰Ûªll be on the new 2017 KTM 300 - it's only a couple of weeks away and it's completely new; a new motor, chassis, a lot of things have changed so it's going to be very exciting to jump on that and go for gold.

"These boys are all hungrier than ever so to be able to go there and back up the senior trophy team victory will be awesome, but there are some strong teams out there and going from a six rider team down to a four-rider team will be very tough.

"We just want to go back there and put the Aussies back up on top and this time take the trophy home on the day so we can get to celebrate it properly.‰Û 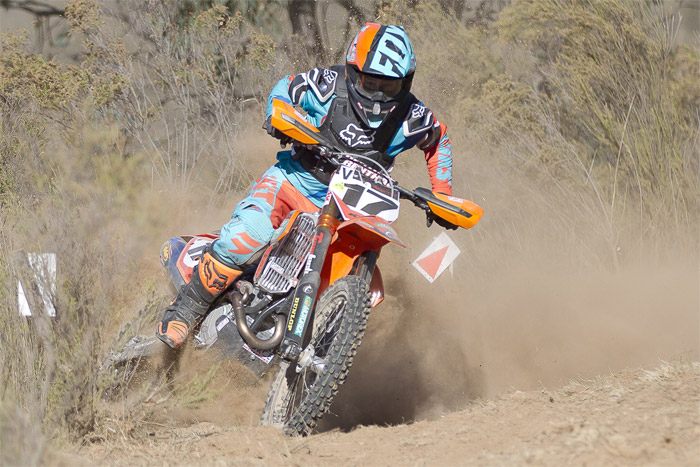 Former motocross pro Jack Simpson has taken to off-road racing like a duck to water in what is his first year, the KTM 250 SX-F rider currently leading the E1 category in the AORC, and more recently winning his class in both Finke and Hattah.

The Peter Stevens rider‰Ûªs easy self-confidence allows him to take new racing experiences in his stride, and the fact that he‰Ûªs having his very first enduro racing experience at the highest level of the sport on earth isn‰Ûªt lost on him.

"I had the confidence in my ability to do this and now I've accomplished it, it feels great to be a part of such a good strong team and to be in there and try to get up there on the top step with all the other boys." Simpson commented. "I‰Ûªll have to push hard.

"I‰Ûªm looking forward to being part of a team sport. It‰Ûªll be my first enduro ‰ÛÒ I‰Ûªve never done a four-day, or even a local enduro and I'll be going straight to the world stage and into the biggest enduro race you can do. I‰Ûªll have my ears and eyes open, and take in as much as I can as quick as I can.

"We got the papers last night with the information saying where the track is where the motocross track is, because there is a motocross on the last day. I‰Ûªm looking forward to it, but the only expectation I've got is to put in 100% and stay on two wheels for the six days.

"I think that will be good enough. I‰Ûªve just to be strong and be solid hopefully I'll raise a few eyebrows among the European teams. I've got a bit of a smash-bang motocross style so I stand out a little bit among the enduro riders.‰Û 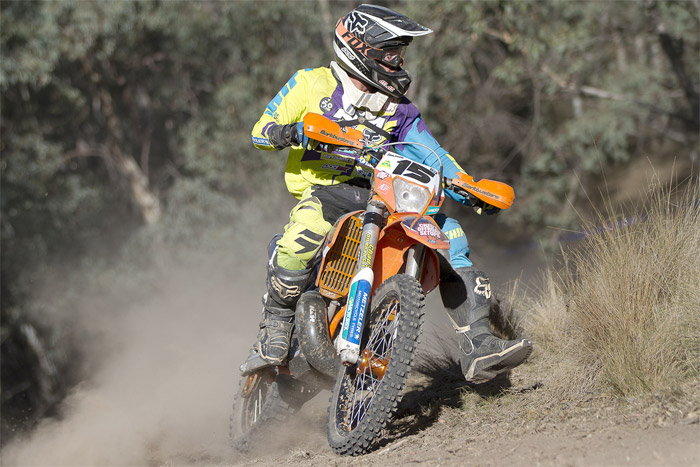 Nic Tomlinson
In the U19 class of the AORC, KTM Factory Support rider Nic Tomlinson is also leading his class after four, round wins aboard his KTM 300 EXC, and can‰Ûªt wait to try his hand at some international racing.

‰ÛÏIt‰Ûªs something I‰Ûªve always wanted to do, I‰Ûªm really looking forward to going over there and riding with all those good guys ‰ÛÒ It‰Ûªs an awesome chance so I‰Ûªm going to pick it up and run with it." Tomlinson enthused. "Obviously what I'm doing is working - in the beginning of the year I didn‰Ûªt get the results I wanted so I just sort of put my head down and started working a lot harder.