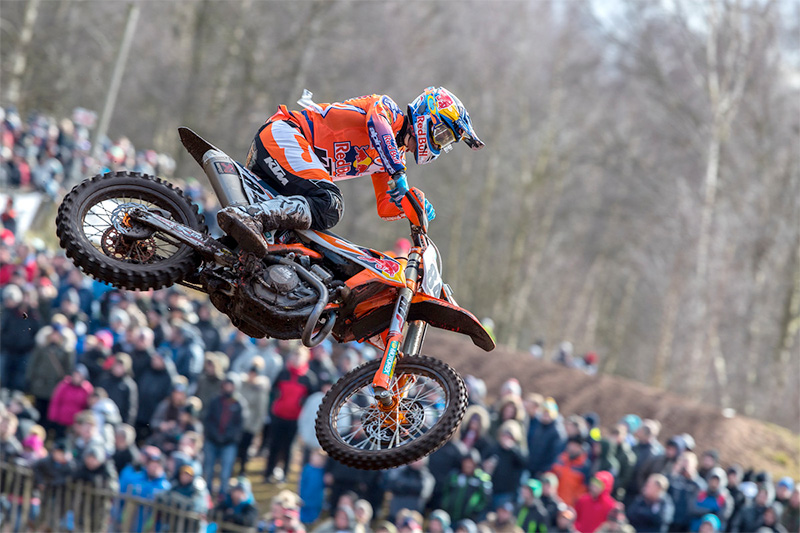 The dark sand of Hawkstone Park was the site of the popular annual Hawkstone International race in the UK and drew a host of MXGP names to England‰Ûªs midlands.

Jeffrey Herlings ruled both MX1 motos and the Superfinal on his 450SX-F but had to catch and pass teammate Coldenhoff who was quick and impressive on the rough terrain (taking three holeshots) despite the slight discomfort of his left hand injury; picked up before the opener of the Internazionali D‰ÛªItalia in Sardinia over a week ago. Gautier Paulin rounded out the MX1 podium.

"It was a really good day," Herlings said. "We were fastest in qualification in the morning so we had the best gate pick all day. I felt good on the track and the weather was a bit gnarly; there was rain and snow! I felt strong and good on the bike and the team did a great job. The conditions have not been easy and I think the club made some excellent work to get the track as rideable as it was. We‰Ûªll have our last race before Argentina in France next weekend and I haven‰Ûªt ridden there for a long time so I‰Ûªm looking forward to it.‰Û 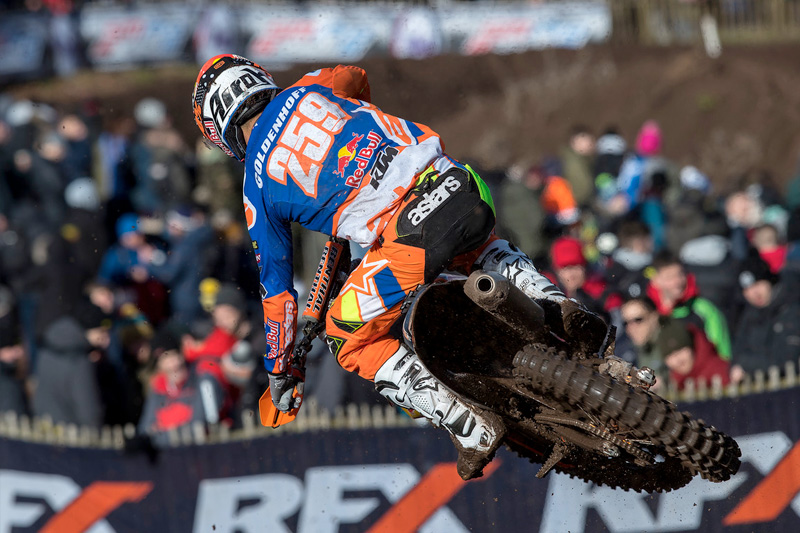 Glenn Coldenhoff finished 2nd in both the MX1 and MX1/MX2 Superfinal. Credit: Ray Archer
Glenn Coldenhoff was happy to get back on track and challenge after a rough couple of weeks.

‰ÛÏThe last two weeks haven‰Ûªt been the best so to be fourth in practice and then to have a good day was very positive," Coldenhoff said. "I love coming to Hawkstone, I always ride well here and get good results and it proved to be that way again: three holeshots and three times second place so I cannot complain. Pauls and Jeffrey won so I don't think it could be any better and this was perfect training for the upcoming GP series." 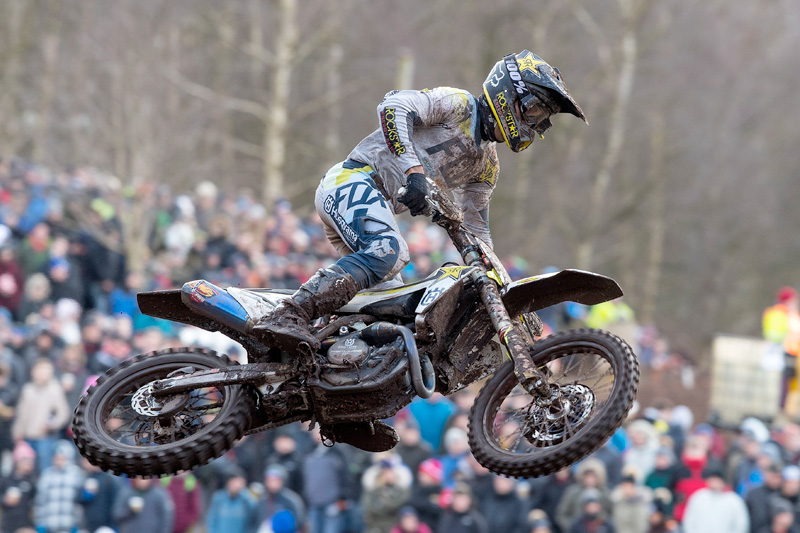 Gautier Paulin finished third in the MX1 class. Photo: Ray Archer
In what was just his second competitive outing for 2018, Gautier Paulin was a strong contender for the top spots in each of the three motos contested at the sandy British track. Enjoying good starts throughout the day, the Frenchman earned fourth in MX1 moto one, improving to third in both the second MX1 moto and the Superfinal. Earning third overall in MX1, Gautier will continue working hard ahead of the long and challenging MXGP season.

‰ÛÏWe worked on some bike setups today and made some good adjustments," Paulin explained. "I'm really happy with the progress made so far. The track was demanding and the bad weather made things even tougher today. In most parts there was only one big rut so passing was quite challenging. Despite a few small mistakes I got fourth in the opening MX1 moto. Getting back on the gate for moto two I wanted to push harder for an even better result. I got a good start and quickly found myself behind Herlings and Coldenhoff. I attacked for a better position but due to poor visibility on the track I opted to settle for third. Getting third again in the superfinal was a good way to wrap up a positive weekend.‰Û 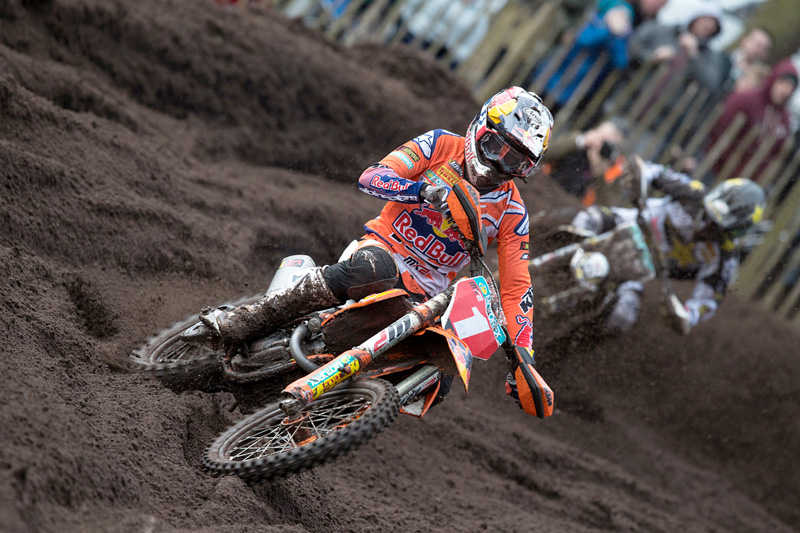 World Champion Pauls Jonass took both the wins in the MX2 class. Photo: Ray Archer
Pauls Jonass was the star of the MX2 class on his 250 SX-F. The world champion went 1-1 and pinched a top five classification against the larger 450s in the Superfinal.

" ‰ÛÏI‰Ûªm really happy," Jonass said. :It was my second year at Hawkstone and there is a lot of racing in one day. It is really good training, and the track is pretty tough, especially in the Superfinal when it was getting very rough and we‰Ûªre against the 450s. I took it easy in the Superfinal when the sun was low and it was tricky to see; I still think fourth place against the bigger bikes was pretty good."

Thomas Kjer-Olsen was happy with his first big hit-out for the year.

‰ÛÏI felt good during the whole day here in England and it was great to kick off the new season with a strong result," Kjer-Olsen said. "In the opening MX2 moto I had a bad start but managed to find my way close to the top after a few laps. Then in the second moto my start was better and I managed to put in some fast laps. We had a good battle with Jonass and I crossed the line in second. In the Superfinal we had the chance to race against the MX1 class riders and that was a great experience. I had a good start and was racing in fifth but I made a small mistake, went off the track and ended up crossing the line in seventh place. Overall, I‰Ûªm happy with my performance and I‰Ûªm looking forward to racing in France next week.‰Û