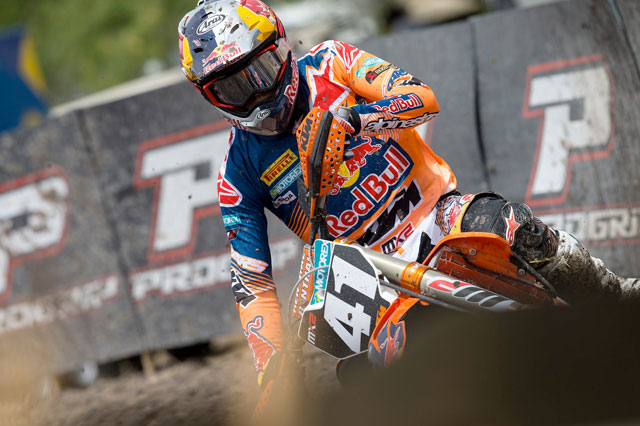 The 2017 FIM Motocross World Championship continued globetrotting with the fourth meeting of the year landing into the hot and windy climes of Leon, Mexico for the fourth year in a row.

The flat, hard-pack but heavily-rutted, cactus-surrounded layout in the city park drew a 35,000 crowd (weekend figure) for what was MXGP‰Ûªs second visit to the Americas in the past two weeks.

Pauls Jonass was part of an exciting battle for fourth position in the first MX2 moto on his KTM 250 SX-F.

The Latvian had aced the holeshot but several stitches in his left arm after a crash in warm-up meant the twenty year old was suffering with numbness that affected his riding. He scored fifth place and then banked more points with second position after another excellent getaway in the second moto that saw him front the MX2 field for seven laps.

"I was really disappointed about my crash on the last lap of warm-up and had to have some stitches and aesthetic so in the first race my hand was a bit numb," Jonass explained. "I made a few mistakes and it was difficult to ride. I had a really good start in the second race and led for a while. So fourth overall and it could be better but I salvaged some points.‰Û 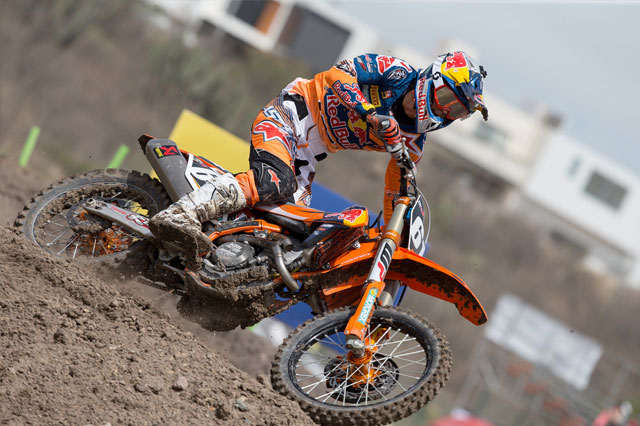 Jorge Prado. Credit: Ray Archer
The bad news continued for the KTM MX2 riders with Spanish teenager Jorge Prado not gelling with the Mexican dirt and was impeded by a stomach infection that meant he wasn't able to repeat his sensational pace from the Grand Prix of Argentina two weeks previously. #61 took a scorecard of 19-20 for 21st overall.

"I came here with more confidence than ever because I had some great days of practice in the U.S," Prado explained.

"I was riding so well and physically I was feeling great but this weekend a few different things happened. I couldn't get on with the track and was tight on the bike and I also had a stomach problem ‰ÛÒ but that's not an excuse because I wasn't performing like I wanted.

"I was lucky I was riding a KTM because it was the fastest bike on this type of track and at this altitude. I was slow but the other guys still couldn't pass me on the straight. I need to put things together better because if you are not 100% then it is hard to be at the top.‰Û