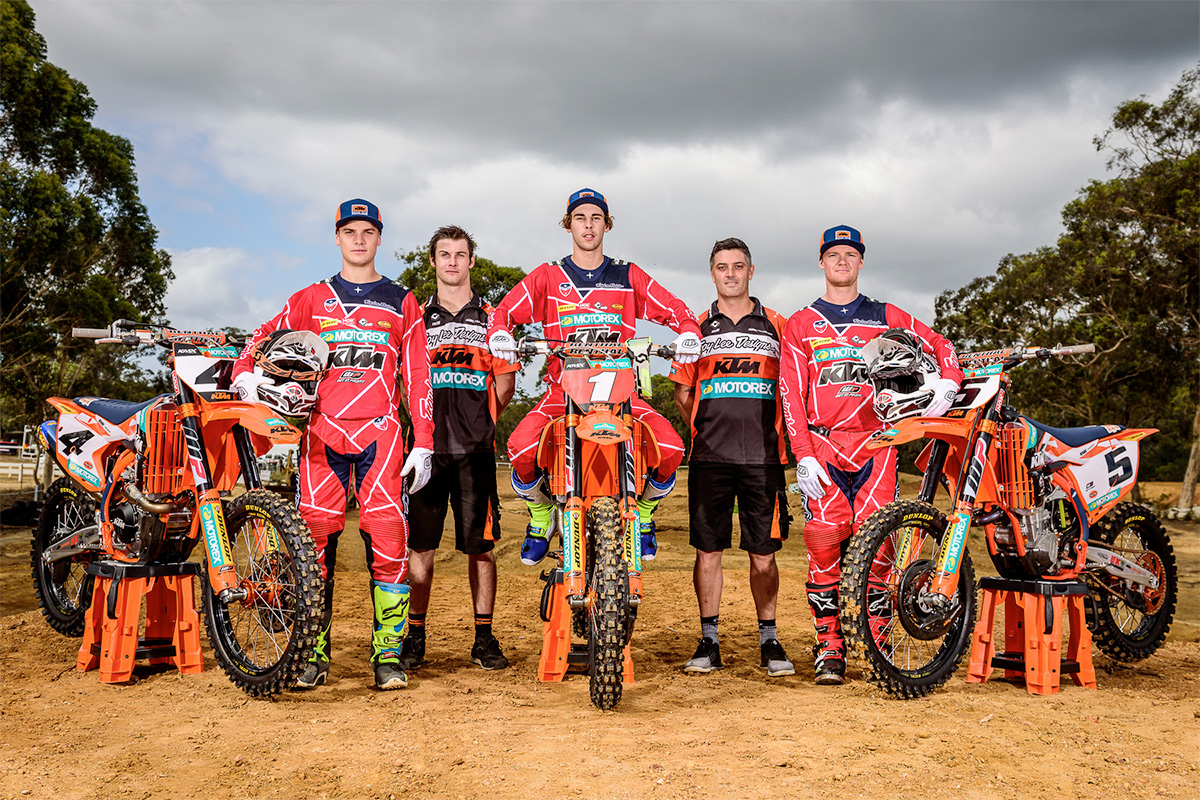 The KTM Motocross Racing Team is 'Ready to Race' come this weekend when the 2018 Pirelli MX Nationals kick off at Maffra in Victoria. Photo: Wilkinson Photography
The KTM Motocross Racing Team is gearing up to kick-off its 2018 Pirelli MX Nationals campaign this weekend at the Maffra circuit in Newry, Victoria, which is set to host the season-opening round.

Team riders Kirk Gibbs, Luke Clout and Egan Mastin have demonstrated positive form throughout the pre-season, indicating preparations are well on-track for a successful 10-round season ahead.


Former premier class champion Gibbs, who just wrapped up the New Zealand MX Nationals crown, is looking to add another Australian title to his and KTM‰Ûªs credit, embarking on his sixth season aboard the highly-capable KTM 450 SX-F. The number five is feeling as confident as ever, exiting one of the best pre-seasons he has had to date.

‰ÛÏIt‰Ûªs definitely vital to start the season off well, the depth of the field is really good at the moment, but in saying that, I‰Ûªm coming off the championship win in New Zealand ‰ÛÒ I‰Ûªm feeling so much more confident in myself and the bike, there‰Ûªs just much more going for me than what we had against us last year," Gibbs said. "I‰Ûªm definitely not short of confidence coming into the first round, I‰Ûªm definitely in the right place ‰ÛÒ when you feel good and the mind is right, things should be reasonably good. This is the best I‰Ûªve felt since 2015.‰Û 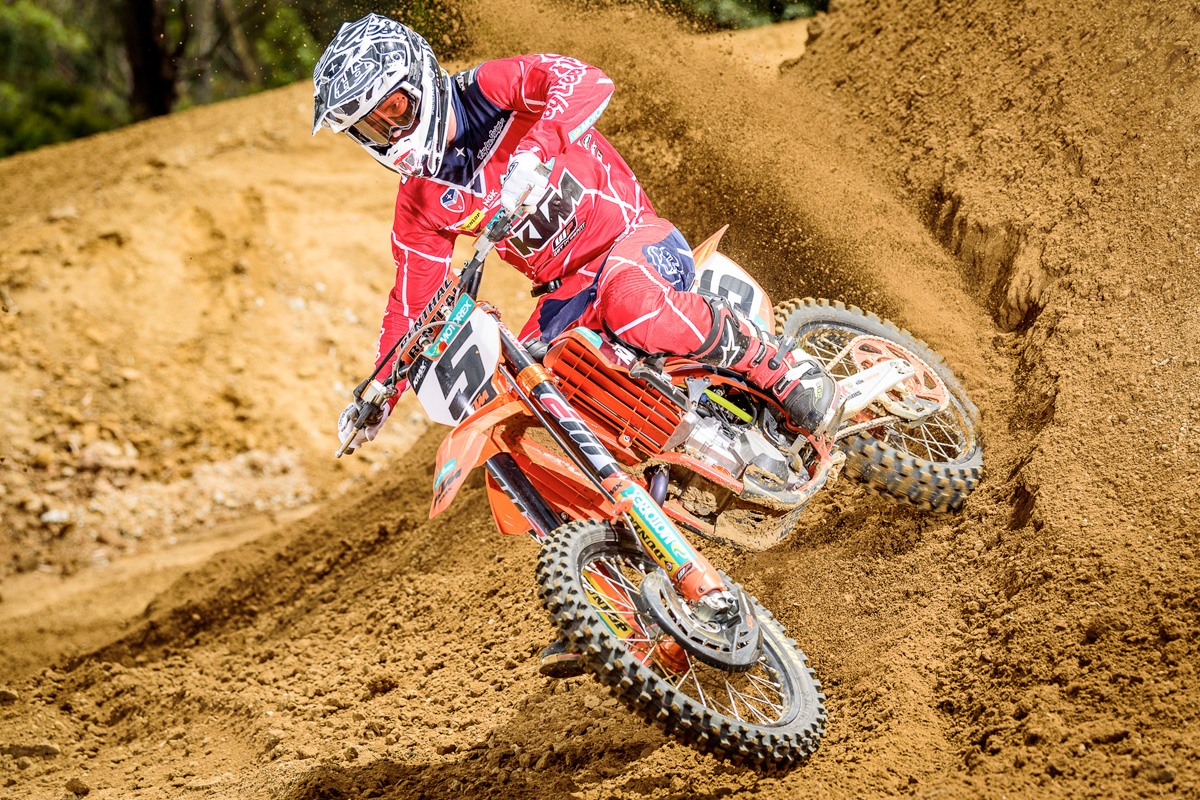 After wrapping up the 2018 New Zealand MX Title South Australian Kirk Gibbs is confident heading into the 2018 Australian Nationals opener. Photo: Wilkinson Photography
New South Welshman Luke Clout enters his first campaign with the outfit, and with one year under his belt in the MX1 category, the youthful talent is a favourite to be contending for podiums and race wins alongside Gibbs, week in, week out. Contesting a host of local events in the lead-up to this weekend, Clout is happy with his speed and fitness ahead of the Victorian round.

‰ÛÏI think it‰Ûªs going to be a really good year, we‰Ûªve started off with some really good testing and made some good progress in the pre-season," Clout shared. "We‰Ûªre just working on things like my riding, but it‰Ûªs definitely the best I‰Ûªve ever felt in terms of riding and my set-up ‰ÛÒ I think that‰Ûªs leading to a good year. I think I know where my speed is going to be, I‰Ûªm pretty confident in where my speed and fitness is, so I think it‰Ûªs just going to be about consistently putting the 450 SX-F on the podium and winning some races." 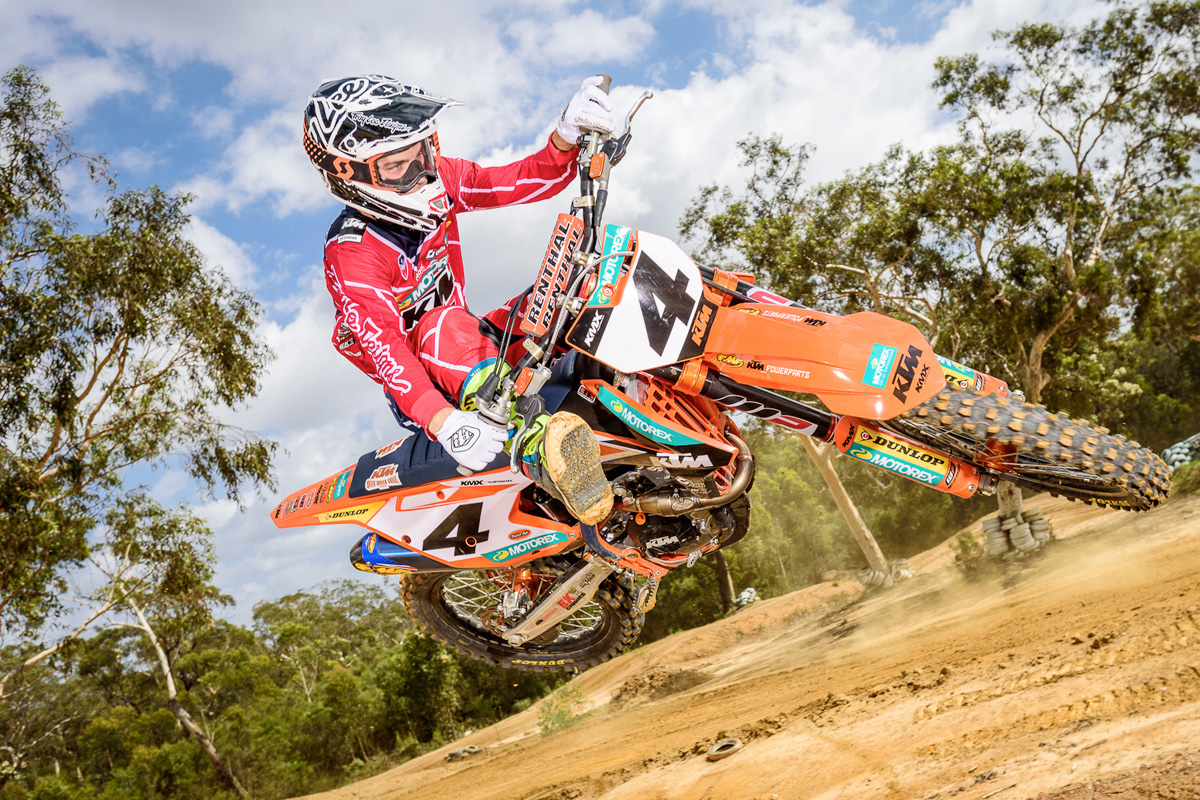 Luke Clout will make his debut with the KTM Motocross Racing Team this weekend as Gibbs' partner in the MX1 class. Photo: Wilkinson Photography
Reigning champion Egan Mastin will spearhead the squad‰Ûªs MX2 effort, which will see the number one plate grace his KTM 250 SX-F. The New South Welshman has been working tirelessly through the off-season, resulting in a confident and focused attitude as he prepares to successfully defend the title.

"I‰Ûªm feeling good, I‰Ûªve had a good pre-season leading up to this weekend," Mastin said. "I‰Ûªm confident and I‰Ûªm loving being a part of the team ‰ÛÒ it‰Ûªs been pretty good and we‰Ûªre sitting in a good spot heading into the first round. I‰Ûªm not going to go out there and try to lay everything on the line straight away, but for sure, I want to go out there go for a win ‰ÛÒ it‰Ûªs all about getting solid points at the first few rounds.‰Û 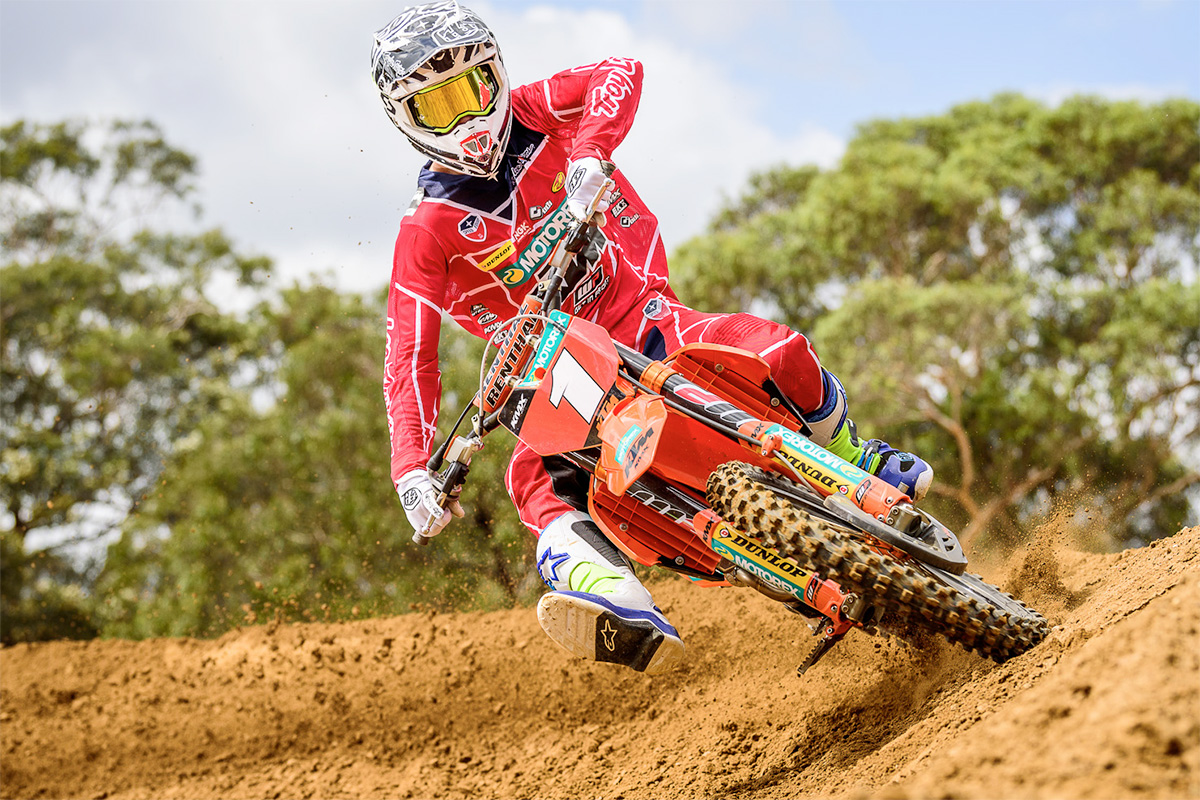