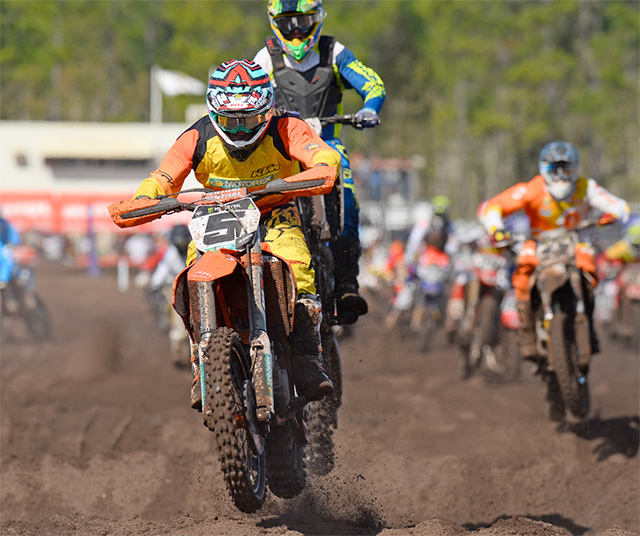 Not all the engines roaring this weekend at Bathurst will belong to V8 supercars, as the KTM Motocross Racing Team and KTM-backed support riders all converge on the famous motor racing town for this weekend's first rounds of the Penrite Australian Supercross championships.

Australian motocross Vice Champion Kirk Gibbs will lead the way for the Orange men, and will be joined under the factory team awning by rapid Sunshine Coast 17-year-old Jesse Dobson, who has landed an opportunity to contest the Pro Open championships as a part of one of the most respected team's in the game.

Gibbs has enjoyed an excellent preparation for the championships and the team is satisfied that it has built him a bike you can feel at one with, while Dobson has shown impressive cohesion and confidence on the rip-snorting 450, hinting he might be able to achieve top 10 in the premier class at his first attempt.

Rob Twyerould ‰ÛÒ Team Manager said, ‰ÛÏReally looking forward to the weekend with Kirk. He's had another year under his belt on the 450, a super-competitive motocross season, a much better lead up than last year, and he looks great on the bike. So I'm very excited, I think we‰Ûªre in for a good result, and we‰Ûªll be trying our best. Young Jesse, this is his first shot at Supercross, but with all our testing and training, he looked very comfortable on the bike, and again I‰Ûªm thinking he might surprise a few people.

"There‰Ûªs no particular goal for him, but I think if he can finish in the top 10 he'll be going very, very well. I really like his control on the bike. A 450 is quite an intimidating bike and he had a few moments in the stutters but he hung in there and rode it out when a lot of guys would have just stepped off. He has fantastic throttle control and he‰Ûªs not intimidated by the power at all.‰Û 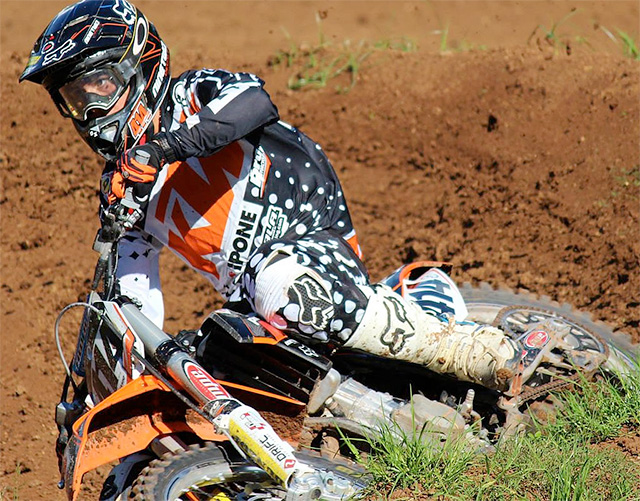 Jesse Dobson
Jesse Dobson, who will aslo be KTM 450 SX-F mounted, added, ‰ÛÏPreparation‰Ûªs been awesome, from my mechanic Jordan, to Danny Apro, Rob T and everyone else has been great. I've had a couple of days testing with those guys and everything has gone fine. I've never done the type of testing that we've done here - with juniors, it's a case of; ‰Û÷here's some suspension, play with the clickers and go ride it‰Ûª. With the guys I'm testing everything from linkages to subframes, and getting asked what I want on the bike.

"It‰Ûªs a lot different and it's really good working with such an experienced team and everything they do is really professional. Now I'm really looking forward to going to Bathurst. Hopefully we can go down there and get after it, stay on the bike and put down some clean, smooth laps.‰Û 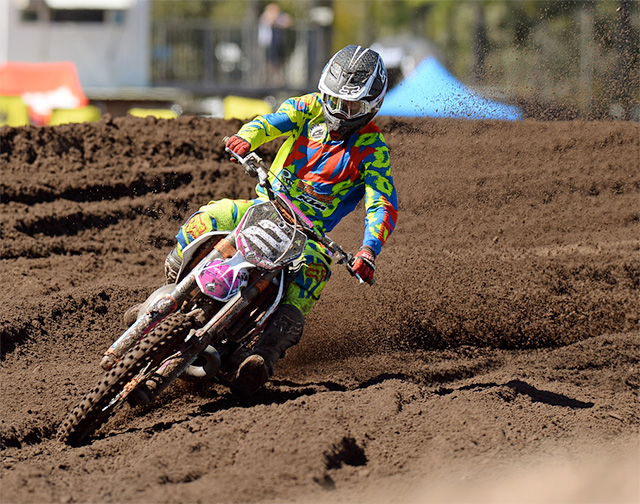 Kale Makeham
In Pro Lites, KTM‰Ûªs Brenden Harrison, Kale Makeham and Jack Simpson will be among the KTM riders leading the charge, in what promises to be a super-competitive class.

‰ÛÏFeeling really healthy and injury free, had a really good prep and I feel like I've got a head start on everyone else, so I can't wait," Harrison enthused.

"I originally intended to race open class, but KTM got me to race Lites because I've got a good opportunity to win the championship. It is a really good opportunity for me to tick it off my list and move up to the open class for next year. I learned a lot last year doing supercross on the 250, so I'm feeling really comfortable on it.‰Û