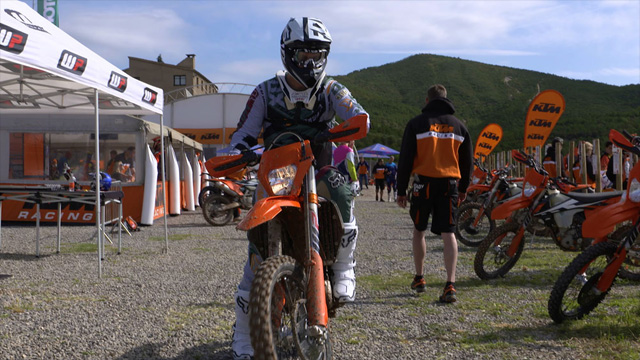 Presented by Swann Insurance and Motul, MXTV returns to 7Mate at 11am this Saturday the 22nd of October with show producer Brendan Bell heading to the international launch of the 2017 KTM EXC range of motorcycles.

Continuing his jet setting journey to capture the best content from around the globe, Belly heads back to the U.S to catch up with good friend and world renowned moto trainer, Aldon Baker.

Australian MXoN Representative Todd Waters pops in for a chat. The boys put the 2017 Kawasaki KX450F through its paces before getting down and dirty at the final round of the 2016 AORC.

‰ÛÏIt is another massive week, with another two huge names set to grace the television screens this weekend,‰Û