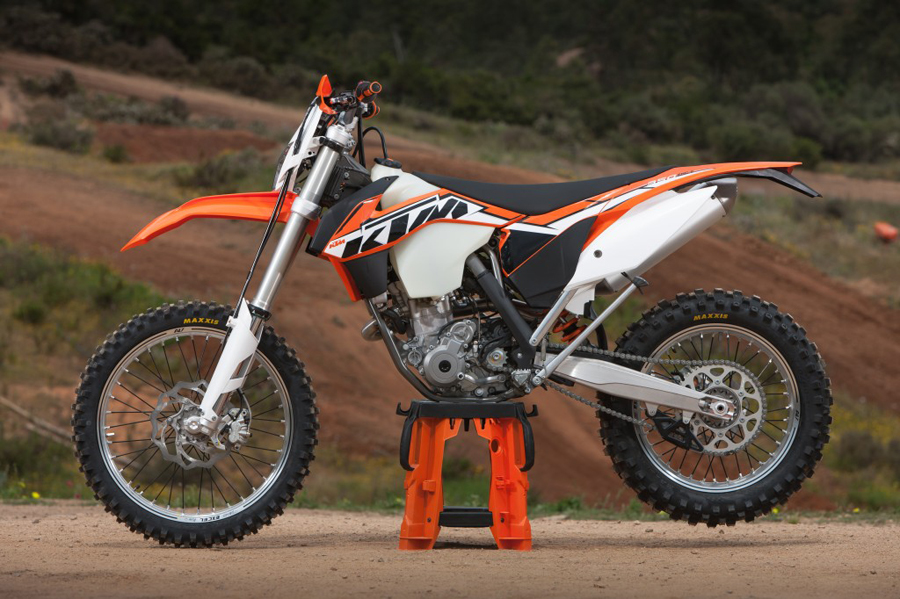 To use a racing expression, KTM Australia will leave it all out on the track when it presents its exhibit for this weekend's Insure My Ride Moto Expo, which begins in Brisbane on Friday, March 21st.

The national distributor will showcase its broad range of competition and adventure hardware, as well as the latest in mechanical and clothing accessories for Queensland motorcycle fans over three days of two-wheeled bliss.

There will be plenty to see, hear, smell and touch for the Orange Bleeders with the full range of shiny new two- and four-stroke motocross and enduro competition bikes, right from minis up to the mighty 690 Enduro R.

You might even bump into MXoN hero Dean Ferris, who is back in Australia recovering from a broken wrist before beginning his first AMA motocross campaign.

The display will also carry the complete range of KTM Duke naked bikes; the formidable hot rods for enthusiasts and experts alike, including the popular LAMS-approved 390 Duke.

It‰Ûªs the street-fighting 1290 SuperDuke R however, which is expected to steal the show as the perfect embodiment of the KTM philosophy - endless power, highest precision, perfect ergonomics, finest ingredients and not a gram too many.

They‰Ûªll stand alongside the venerated and awarded KTM Adventure models - including the Two Wheels Bike of the Year‰ÛÒwinning KTM1190 Adventure R - which deliciously blend smartbike technology with the raw thirst for adventure.

KTM‰Ûªs popular stunt entertainer Lukey Luke is a friendly guy who loves to meet his fans, and he‰Ûªll be doing just that in between shows, manning his display and showing off his personal Dukes, a 690 stunt bike and a tyre-mutilating 990 drift bike.

Few bikes can compete with KTM‰Ûªs RC8R Superbike for its combination of scalpel-sharp turn-in, eyeball-flattening V-twin grunt or sheer sex appeal, while the KTM Freeride models are a concept so unique they not only created their own market segment, but attracted Desert King Ben Grabham to buy one as a playbike.

There will also be a full KTM Power Parts display including fully-equipped KTM 350 EXC-F and 250 SX-F, as well as a pop up KTM Power Wear shop with the latest in KTM gear available on all three days.

For pure action however, it will be hard to beat Saturday evening‰Ûªs Baylisstic Scramble, an invitation-only teams event on a purpose built flat track within the 20,000 seat RNA Main Arena and featuring a star-studded line up of legends including KTM-mounted Jason Crump, Garry McCoy, Brenden Harrison and Bayliss himself.

The Insure My Ride Moto Expo runs from March 21-23 at the Brisbane Showgrounds at Gregory Terrace.

Top Image: The stunning KTM 350 EXC-F is just one of the attractions at the Insure My Ride Moto Expo