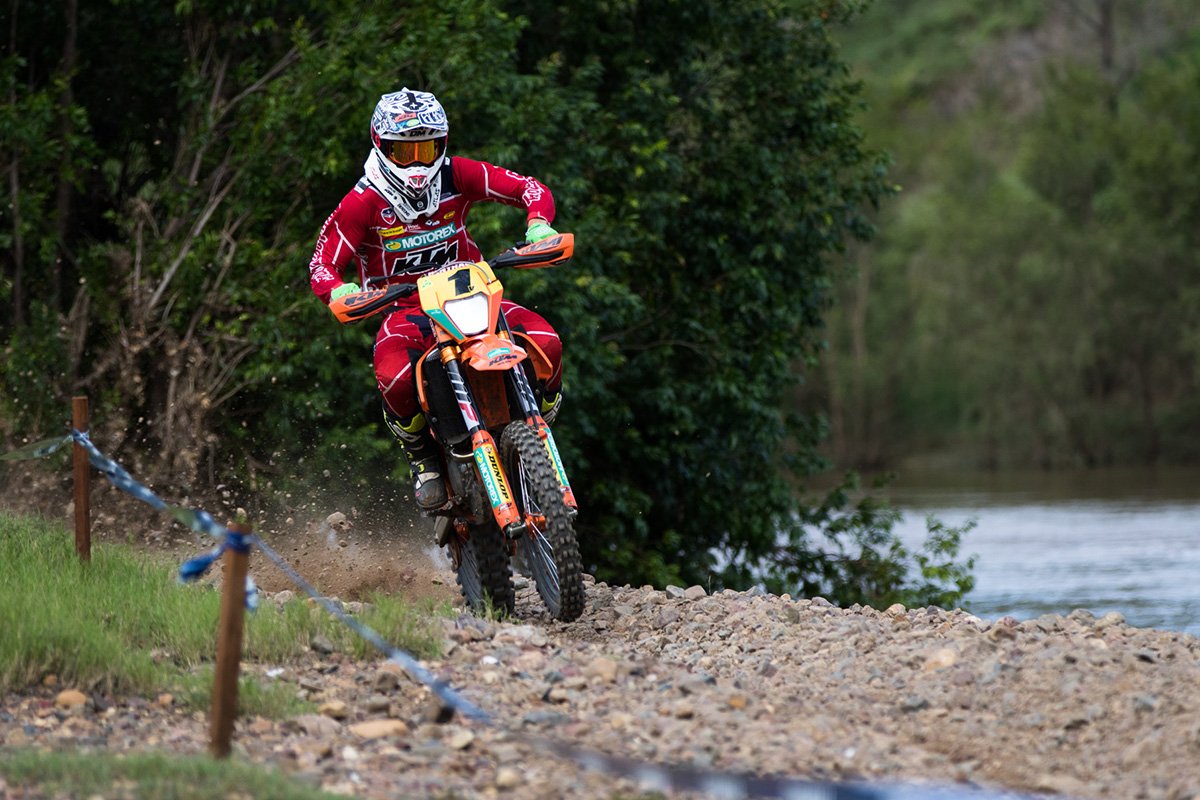 Daniel Milner won the E3 class in both rounds while taking the overall on Saturday's opening round and placing second at round 2 on Sunday.
KTM Enduro Racing Team‰Ûªs Daniel Milner and Lyndon Snodgrass have opened their 2018 Yamaha Australian Off-Road Championship (AORC) in solid fashion, picking up a brace of impressive results at Gympie, Queensland, throughout the Sprint format of rounds one and two.

After a dominant last season, clean-sweeping the Enduro2 (E2) class and the outright series, Milner was untouched on debut in Enduro3 (E3) during Saturday‰Ûªs opening round aboard his KTM 500 EXC-F. He also topped the outright times following a battle of the ages with 2016 champion Daniel Sanders.

"Where we‰Ûªre at is a good thing and the results this weekend were positive," Milner reflected. "To win outright on Saturday was awesome and then to get second Sunday was also a close result, so I‰Ûªm pretty happy with it knowing that we can still improve from here.

Come Sunday Milner was just as competitive, dominating E3 once again, while being credited second outright behind Sanders following another incredible day of action between the pair. Those results have him comfortably atop the E3 championship standings following the opening two rounds.

"The plan is to keep working, keep testing with the team and I know some areas we can get better, so it‰Ûªs a good place to be in at the moment. Last year, in some ways, I probably had it a bit easy, so it‰Ûªs good to have someone this year where we can push each-other and that‰Ûªs something we all like to be a part of as racers. Now it‰Ûªs time to get ready for the four-day and I‰Ûªm most definitely excited for that!" Milner concluded. 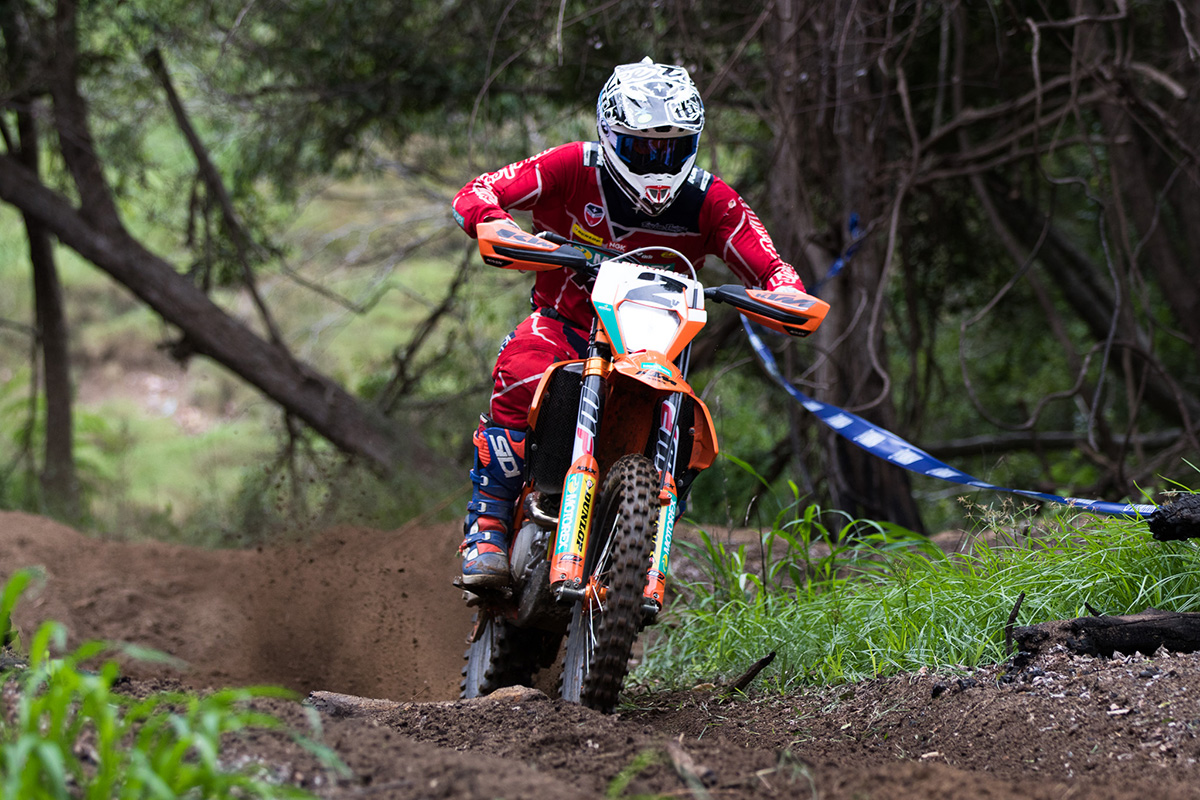 Despite a crash at round 1 on Saturday Lyndon Snodgrass finished 3rd in the E2 class before repeating the result at round 2 on the Sunday.
Milner‰Ûªs KTM teammate Lyndon Snodgrass, the reigning E3 class champion who has stepped across to E2 for this year riding a KTM 450 EXC-F, salvaged third in class on Saturday despite a heavy crash on lap two that cost him a full minute and a half with a kinked fuel-line due to the incident.

Round two was an improved one for Snodgrass, again securing a class podium position with third in E2, while lodging the fourth-fastest time overall. He sits third in the E2 championship standings, well in the frame to challenge for even stronger results in the coming rounds. Both riders were debuting the WP 48mm Cone Valve fork in AORC competition with a successful outcome.

"It was a good weekend overall and it provides us a base to work from," Snodgrass said. "On Saturday I had some issues early on with a crash that caused me to lose a bit of time, but I kept getting better and better for third in class. Sunday was improved for me though, I was third in class again and it was good to be more competitive overall. All in all, we‰Ûªve come away with good points from rounds one and two, so we will look to keep working and moving ahead from here."

Glenn Kearney - Motorsport Manager, KTM Australia was happy with the start to the year.

"It was a really, really good weekend to start the year, with Daniel winning outright and E3 on Saturday," Kearney said. "That was a dream start to the season after what was a tough battle with Daniel Sanders all day, while Lyndon had a slightly off day with quite a big crash in one of the early tests, but he got back up to speed by the end of the day for a class podium and that was good.

"Sunday, Daniel finished second outright and won his class again, so that sets the scene for an exciting year ahead. Lyndon moved up the field today, had a really strong day in E2 for another top three, also improving overall as well. We have identified some things that we need to work on from here and we now look ahead to the four-day, where we will again be aiming for great results."

The KTM Enduro Racing Team‰Ûªs next event will come in the prestigious Australian Four-Day Enduro (A4DE) between 3-7 April in Cessnock, New South Wales, while the AORC series will resume with rounds three and four to be held on 5-6 May at Hedley in Victoria. 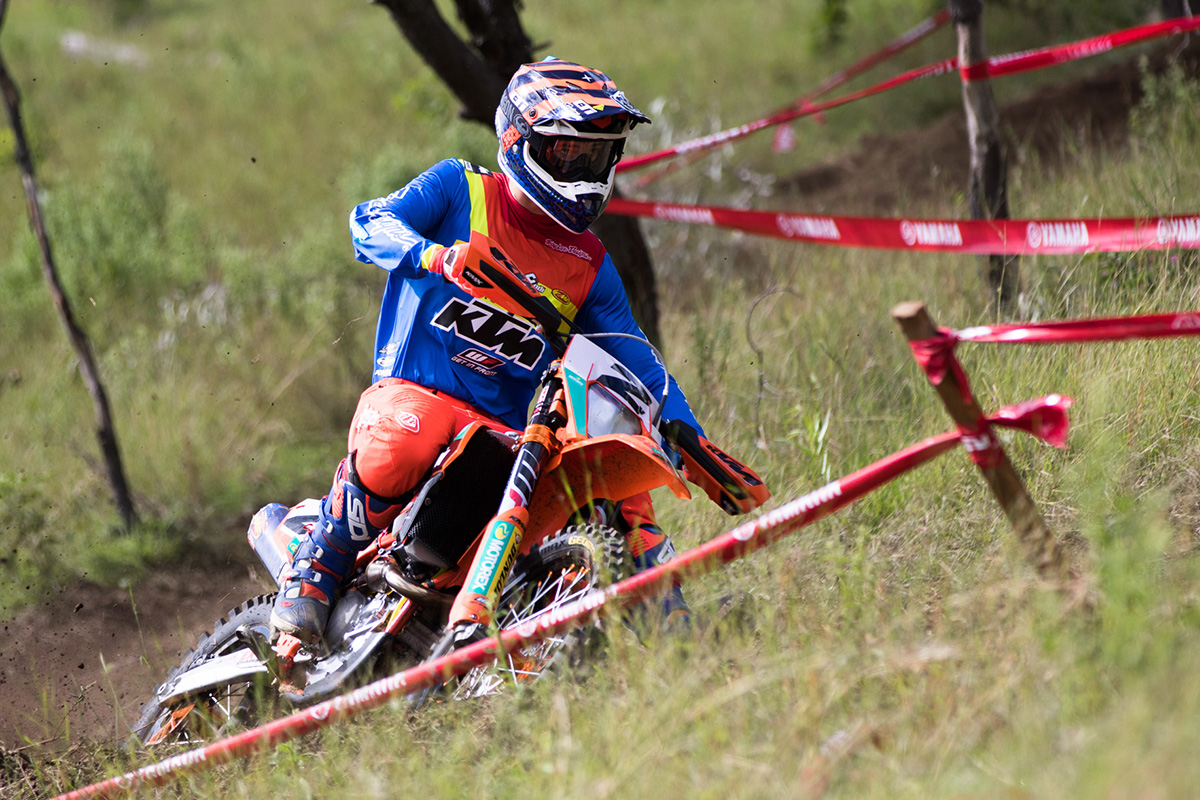 Lyndon Snodgrass, secured a class podium position with third in E2 on Sunday while lodging the fourth-fastest time overall.