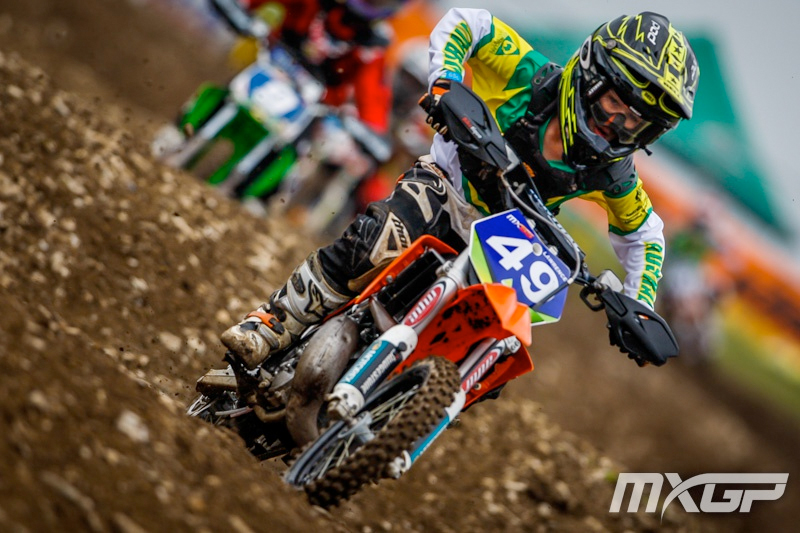 This year's KTM backed Australian Junior Motocross (AJMX) Championship is set to host not only the best young riders in the country, but also the world.

Throughout next week (27 September to 4 October) Appin will roar in to life with riders aged from seven to 16 will all race to the best of their ability to claim an Australian Championship.

The timing of this year's AJMX Championship couldn't be more appropriate. As three of Australia's best MX athletes in Chad Reed, Matt Moss and Luke Clout kick off the MX of Nations in Latvia, the future stars of Aussie MX begin their campaigns to reach perhaps the very same stage.

One of Australia's recent World Champions will be in action throughout the week in Jett Lawrence. Jett recently claimed the 65cc World Championship in Belgium aboard a KTM 65 SX while Caleb Grothues, who will also take to the Appin track, was runner up in the 85cc class riding a KTM 85 SX. Both boys will undoubtedly be tough to beat.

There will also be an international flavour competing throughout the championship with riders from across the ditch in New Zealand and as far as the United States making the trip to compete against the best up and coming Australian MX'ers.

KTM continues to back the AJMX in 2014 after a successful maiden sponsorship in 2013.

Motorcycling Australia (MA) CEO Dale Gilson expressed his thanks to KTM for their second year of sponsorship.

"On behalf of MA, I'd like to thank KTM for their continued support of the biggest junior motocross event in the country." Mr Gilson said. "Their generosity, together with the fantastic Macarthur Motorcycle Club, allows us to showcase the future stars of Australian motocross at Appin this year."

‰ÛÏKTM Australia is honoured to be the major sponsor of this most important event that brings together the best young riders from Australia and New Zealand to compete together at the highest level and further develop their skills as riders of the future." Leisk commented.

He also expressed his gratitude to Macarthur Motorcycle Club who have worked tirelessly in preparation of the event.

‰ÛÏHosting the KTM AJMX Championship is a massive task given the length of the event and the volume of races run each day.

"KTM Australia would like to express its sincere appreciation towards the committee and all club members who have made significant contributions to bring this important event to life." Leisk added.

As well as providing mechanical support, KTM will also send some of the biggest names in the dirt bike game, including MX riders Ford Dale, Kirk Gibbs and current Australian Off-Road Champion Toby Price to check out the action.

Stay tuned to the MA website and the KTM AJMX Facebook Page for all the latest action from Appin throughout the week.

Top Image: Austrlalian World Champion Jett Lawrence will be one of many world class athletes in action at Appin