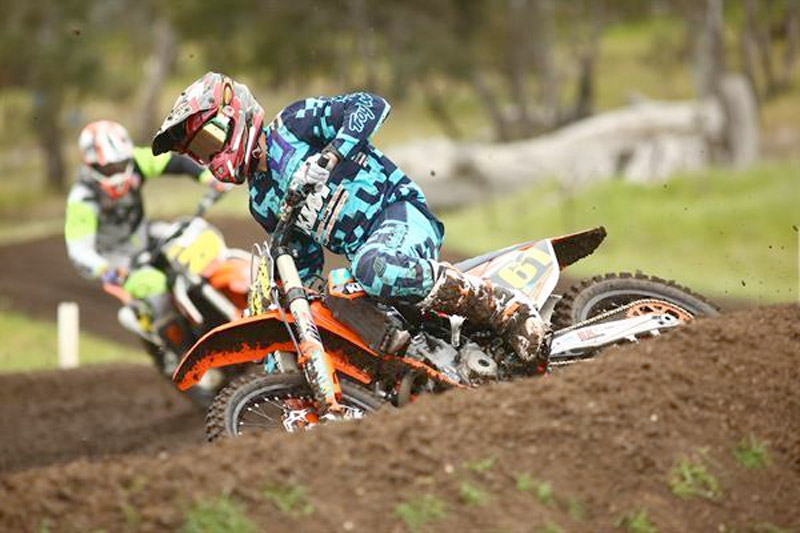 Equipped with KTM machinery and factory support, all five of the youthful racers will be Ready to Race at the front of the pack this year, benefiting from the Austrian brand's domestic development program that has proven immensely successful since its inception in Australia.

Returning to the team for a third-straight season will be current Australian 125cc 13-U15 Years motocross champion Regan Duffy, the 15-year-old Western Australian has gone from strength-to-strength with KTM backing. He will be aboard the KTM 125 SX and KTM 250 SX-F this season, eager to excel in both categories.

‰ÛÏThis year will be my third with the KTM Junior Motocross Racing Team, so I well and truly know what's going on within the team and I believe they're the best out there." Duffy said. "I've gotten a lot stronger in the off-season and I feel like this year will be a year that I can win a lot of races, so hopefully, it all comes together for me.‰Û