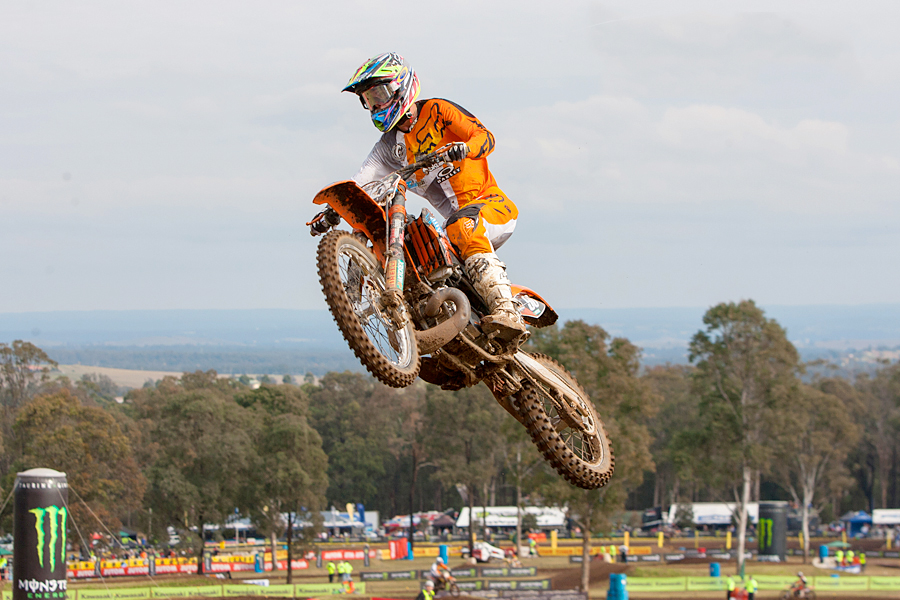 If privateers and support riders are the lifeblood of Aussie motocross, then KTM Australia has taken a seat in the Red Cross van, rolled up a sleeve and handed over a pint of the red stuff with the announcement of its five-rider factory support squad for next year‰Ûªs MX Nationals.

National MX2 vice-champion Kale Makeham and comeback hero Brenden Harrison will be joined by Rockingham‰Ûªs Dean Porter and U19 title threat Jack Simpson, will all be aboard the 2014 KTM 250SX, while Louis Calvin will be the sole member in the MX1 class.

‰ÛÏOur 250SX has been something of a revelation for MX2 riders,‰Û 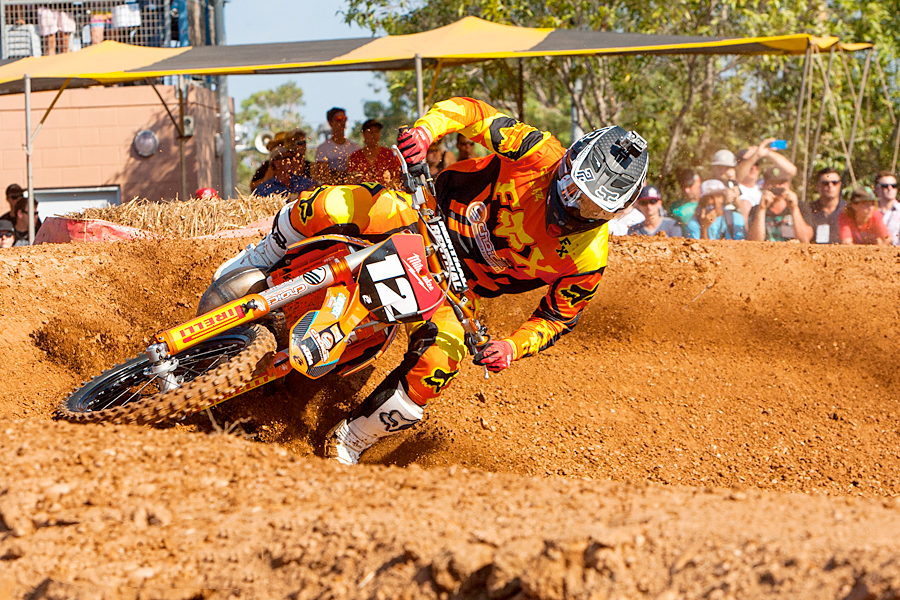 Brenden Harrison will continue to be backed by KTM in 2014, though will be running his own program - Credit: Aaryn Minerds
‰ÛÏI am so happy to keep the ball rolling with KTM." A delighted Harrison commented. "I can't thank them enough and I appreciate all the help.

"I have had a few weeks off now, I got surgery the day after the Toowoomba supercross. It was only minor surgery but it needed to be done so that I can come out swinging for 2014 with no little niggling pains.

"My goal for 2014 is to win both the motocross and supercross championships in the Lites class and then move to Opens the year after.‰Û 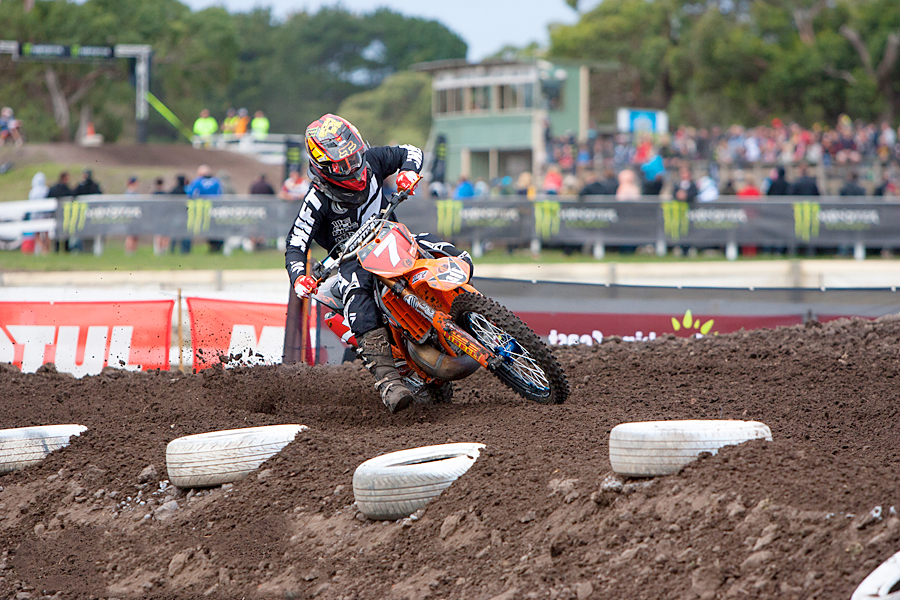 Jack Simpson held the Red Plate during the 2013 MXN Championship season, he will be looking to finish the 2014 season with the same plate still on his bike - Credit: Aaryn Minerds
Representing KTM in the Under19s class in 2014 will be 2013 stand out rider Jack Simpson. Simpson impressed many in his first year of senior racing, winning races and also holding the coveted red plate at stages during last years MX Nationals championship.

After taking a small break after the Motocross season, Simpson is already training hard in an effort to reach his goals for 2014.

‰ÛÏIt feels pretty special to get this opportunity with KTM." Simpson stated. "Not many U19 riders get much factory support so I‰Ûªm pretty grateful to have them on board, it‰Ûªll make life much easier.

"I had a break after the Nats but I‰Ûªm right back into the training now the same as last year and working on specific areas so I won‰Ûªt tire as badly in those places we‰Ûªve pinpointed.

"My 2014 goal is to win the U19 championship, so we need to keep putting it on the box every round and see how it all pans out in the end.‰Û