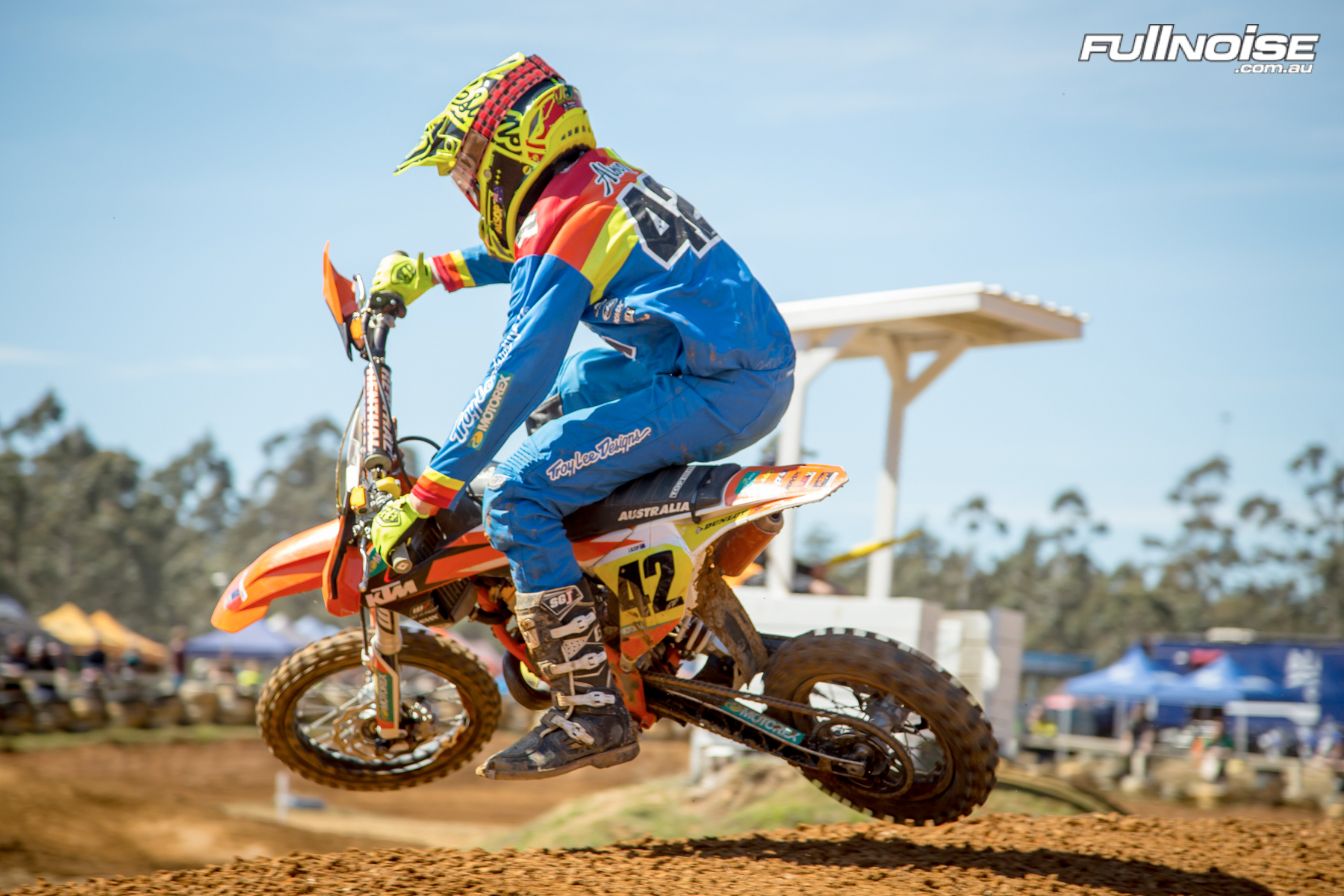 Alsop, 12, will focus upon the KTM 85 SX SW this year.
KTM Australia has confirmed its KTM Junior Motocross Racing Team for the 2019 season, the five-rider line-up to include Blake Fox, Ryan Alexanderson, Jett Burgess-Stevens, Jet Alsop and Kayden Minear this year.

Fox, Burgess-Stevens and Alsop return to the factory team, while Alexanderson and Minear are new to the roster after achieving remarkable results last season. Together, the KTM Junior Motocross Racing Team will be targeting another strong campaign nationwide.

New South Welshman Fox will pilot a KTM 250 SX-F and KTM 125 SX in what will be his last year of junior competition. Last season saw the 15-year-old clinch the MX Nationals 125cc Juniors crown and take second in the Rising Star Rookies, plus he claimed ninth in the 125cc Junior World Championship.

"It's great to be back with the KTM Junior Motocross Racing Team again. Last year was pretty good for me, aside from some injuries that put me out of the junior nationals, so hopefully we can come back strong and deliver the best results possible in both classes."

Incoming KTM Junior Motocross Racing Team recruit Alexanderson, 14, won the Mini Lites BW 12-U14s title at the 2018 Australian Junior Motocross Championship, now stepping up to the KTM 250 SX-F and KTM 125 SX for the year ahead. Based in Queensland, he's recognised as one of the sport's brightest young racers.

"I am really proud to be part of the KTM Junior Motocross Racing Team for the first time in 2019 and it's exciting for me to be stepping up to the KTM 250 SX-F and KTM 125 SX. I can't thank KTM Australia and everybody involved enough for the ongoing support to join the official team."

Tasmanian talent Burgess-Stevens will return for his second season with the KTM Junior Motocross Racing Team, the 13-year-old riding a KTM 125 SX in addition to the KTM 85 SX BW. After an encouraging showing at the nationals last year, he will be looking to build upon that performance in 2019.

"To be on the KTM Junior Motocross Racing Team again is really good and I'm very happy to be a part of it. I learnt a lot last year, so coming into 2019 I will be trying my best and really want to make the most of this opportunity." 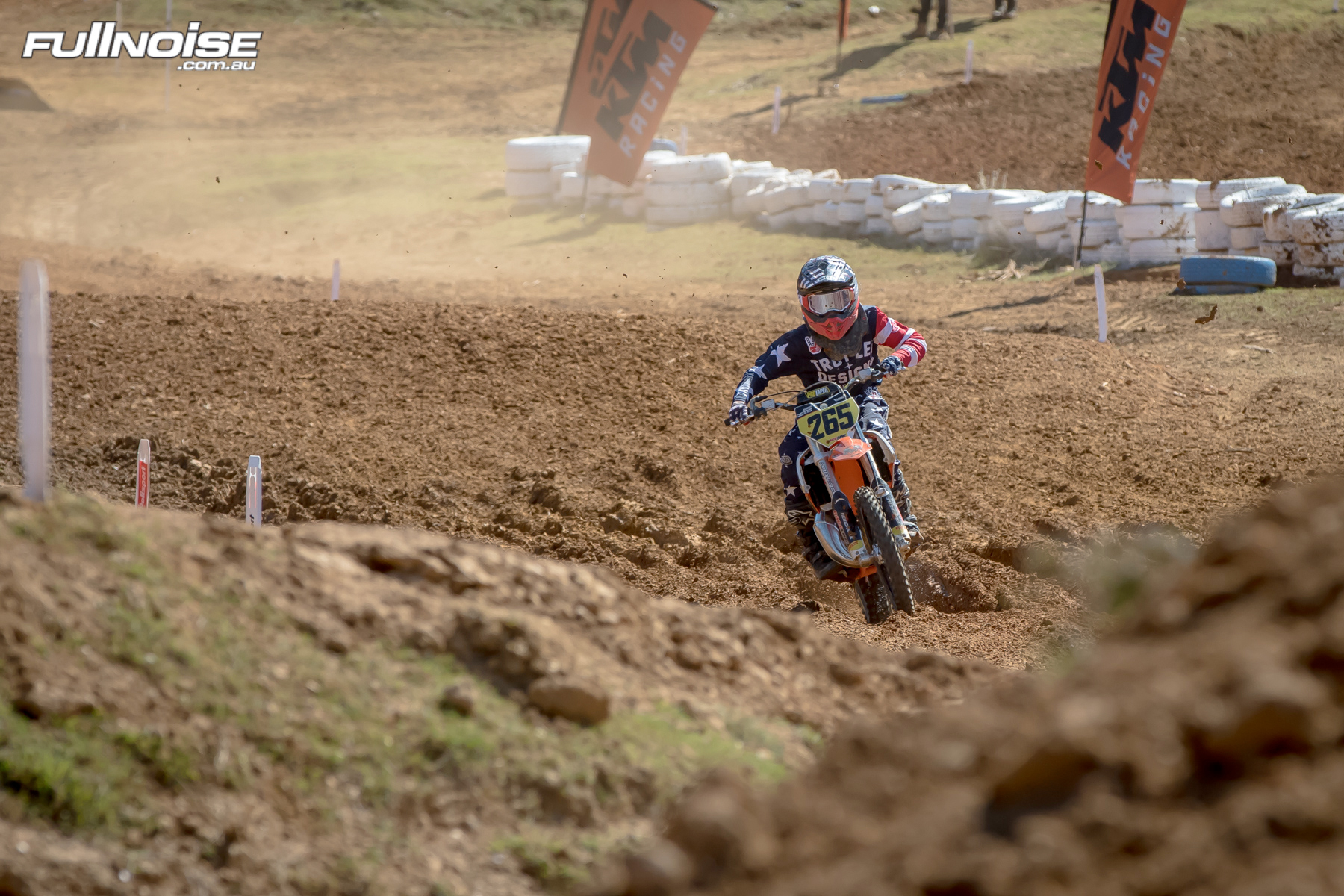 Minear is also a current national champion after capturing the 65cc 9-U11s championship last year
Also back for another term, well-credentialed Queenslander Alsop, 12, will focus upon the KTM 85 SX SW this year. He won two Australian championships in 2018, capturing both the Mini Lites SW 9-U12 and 65cc 11-U12 titles in a terrific achievement. He's also currently ranked number six in the world on the 65cc.

"I'm really happy to be on the KTM Junior Motocross Racing Team again, I love being part of KTM Australia's factory team and will be doing all I can to get more good results this year and hopefully another Australian title later in the season."

Minear is also a current national champion after capturing the 65cc 9-U11s championship last year, earning his place in the factory team to ride a KTM 85 SX SW and KTM 65 SX in 2019. At 11 years of age and from Western Australia, he also placed seventh in the 65cc Junior World Championship.

"It has been my goal to be a part of the KTM Junior Motocross Racing Team and I am really excited to join the team for 2019. I really like riding the KTM 85 SX SW, it's such a good bike and now I'm looking forward to doing as well as I can this year."

"KTM has bikes for every rider in junior competition, from the KTM 50 SX to the KTM 250 SX-F, and we've got a spread of riders covering a number of classes, so our bases are well-covered entering 2019. It's important that we have riders in a number of states and different categories, so we always look to find that balance and I am confident we have a very strong program for the year ahead.

"We are also pleased to be entering our second year working closely with KTM-accredited coach Ross Beaton from Beaton‰Ûªs Pro Formula in regards to further mentoring and development of our young team riders, this has been really beneficial to our program and we look forward to having Ross on board with KTM again this season."