KTM and De Carli To Continue Racing Relationship Until 2022 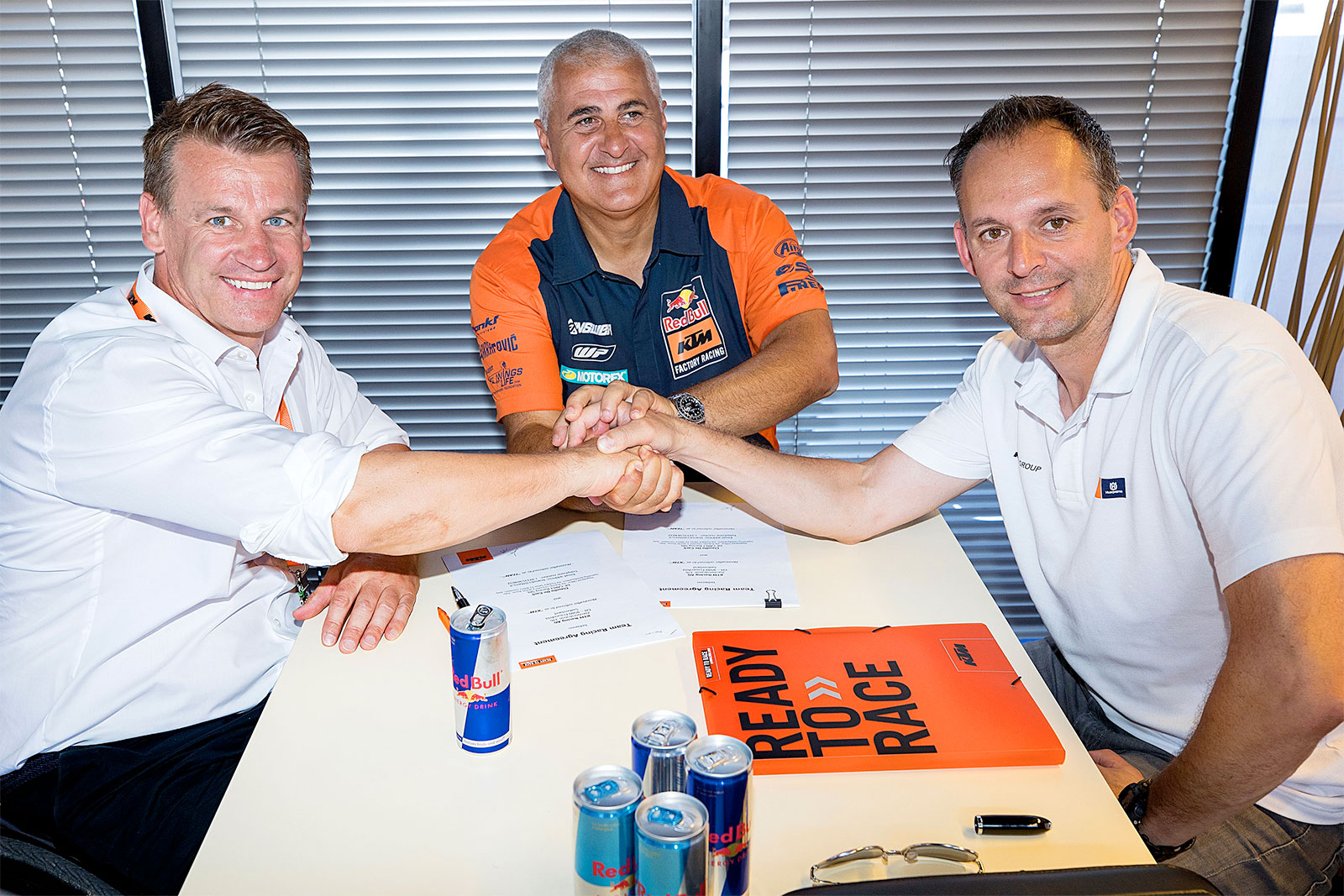 Photo: Ray Archer/KTM Images
Red Bull KTM will continue to count on the experience and expertise of Claudio De Carli for another four years after renewal of the agreement with Italian and his technical crew until 2022.

The formalities between De Carli and the senior management of the KTM Group Race department were confirmed last week and will bring the immensely successful union beyond the end of the decade. The roots were laid at the end of 2009 and 2018 is the ninth season of top level racing together.

Along with Tony Cairoli (and notable results with a host of other riders like Ken De Dycker, Max Nagl and Glenn Coldenhoff) De Carli has delivered a total of seven premier class FIM Motocross World Championship titles to the KTM brand including the manufacturer‰Ûªs very first in 2010.

In that time De Carli has marshalled a race effort in two countries and with largely the same staff to capture crowns with both the KTM 350 SX-F and KTM 450 SX-F. He has now been instrumental in the fantastic development of seventeen year old Spaniard Jorge Prado to the top of the FIM MX2 standings in what is just the teenager‰Ûªs second term in Grand Prix and within the Red Bull KTM squad.

‰ÛÏTo renew with KTM is very satisfying for me and I can only thank them for the trust they place in me," De Carli said. "I really want to thank all my partners and the whole team: this deal is thanks to them and confirms that - within KTM and together with KTM - we are working in the right direction with great commitment, motivation and the same goals.

"During the last nine years we have achieved great results. We have won a lot and we have suffered and experienced difficult times: we must continue with this same team spirit and passion to face new challenges. Our sport is evolving; it is more and more professional and 'global' and is opening to new frontiers, new countries where we are surprised with how much warmth and passion we are welcomed. For us the aim is always the same: to give the maximum in the pride of KTM colours.‰Û