KSF ECSTAR Suzuki Round Out First Half Of The 2018 Pirelli MX Nationals with Season Best Result. 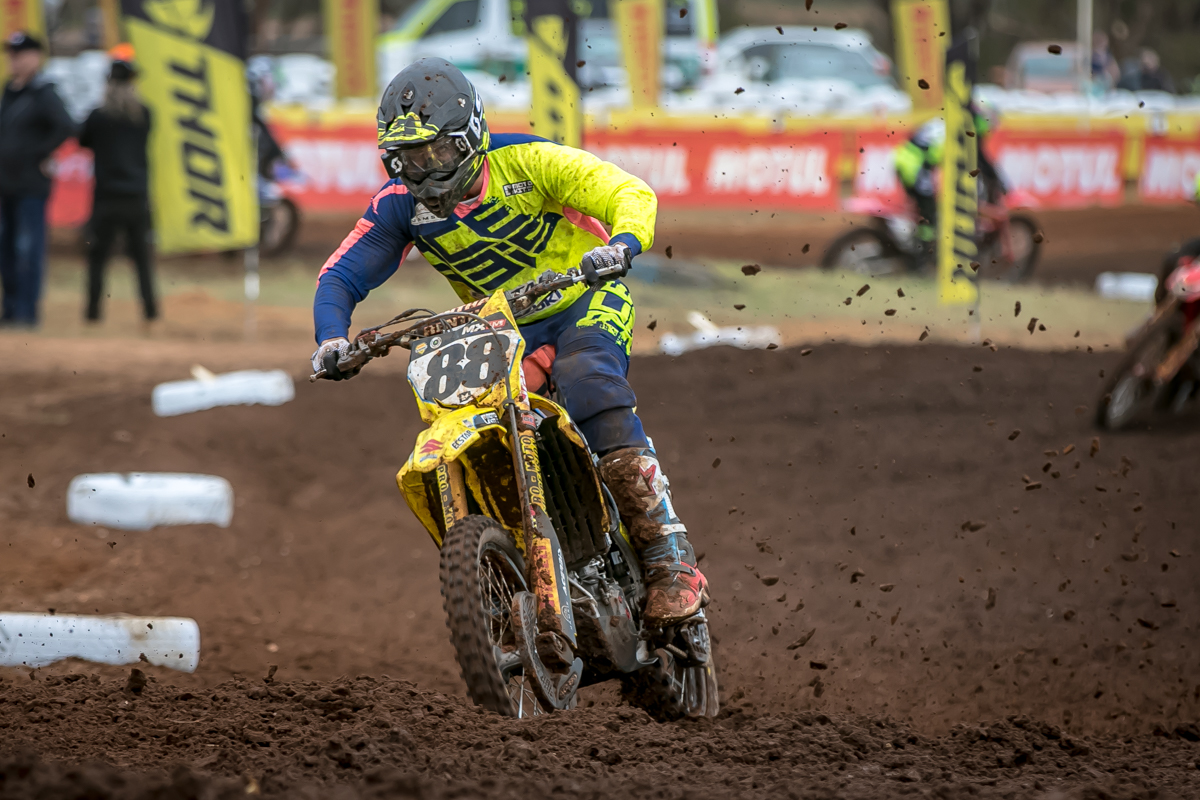 Corey James 11th place result in the MX1 class was the teams best result for the year as the continue to make improvements at each round.
KSF ECSTAR Suzuki‰Ûªs MX1 duo of Keiron Hall and Corey James have sent the team into the mid-season break on a high with some hard-fought results at the 5th round of the Pirelli MX Nationals held at Murray Bridge in South Australia on Sunday the 27th of May.

With both riders qualifying inside the top 20, the day continued on an upward swing when the gates dropped on the opening MX1.

Pushing his Suzuki RM-Z450 through a small gap as riders came together in a chaotic first turn, James founds himself just outside the top ten at the conclusion of the opening lap, with Hall a few places further back in 15th.

The duo both put on strong rides each gaining a position by race end to finish in 11th and 14th respectively leaving the team in high spirits going into the second motos for the day.

It was more of the same for James in race two, starting the race inside the top ten before dropping a handful of positions in the opening laps. A late race push seen him move back up to 12th position and in doing so gave the team their best result of the year with an 11th place overall result for the round. 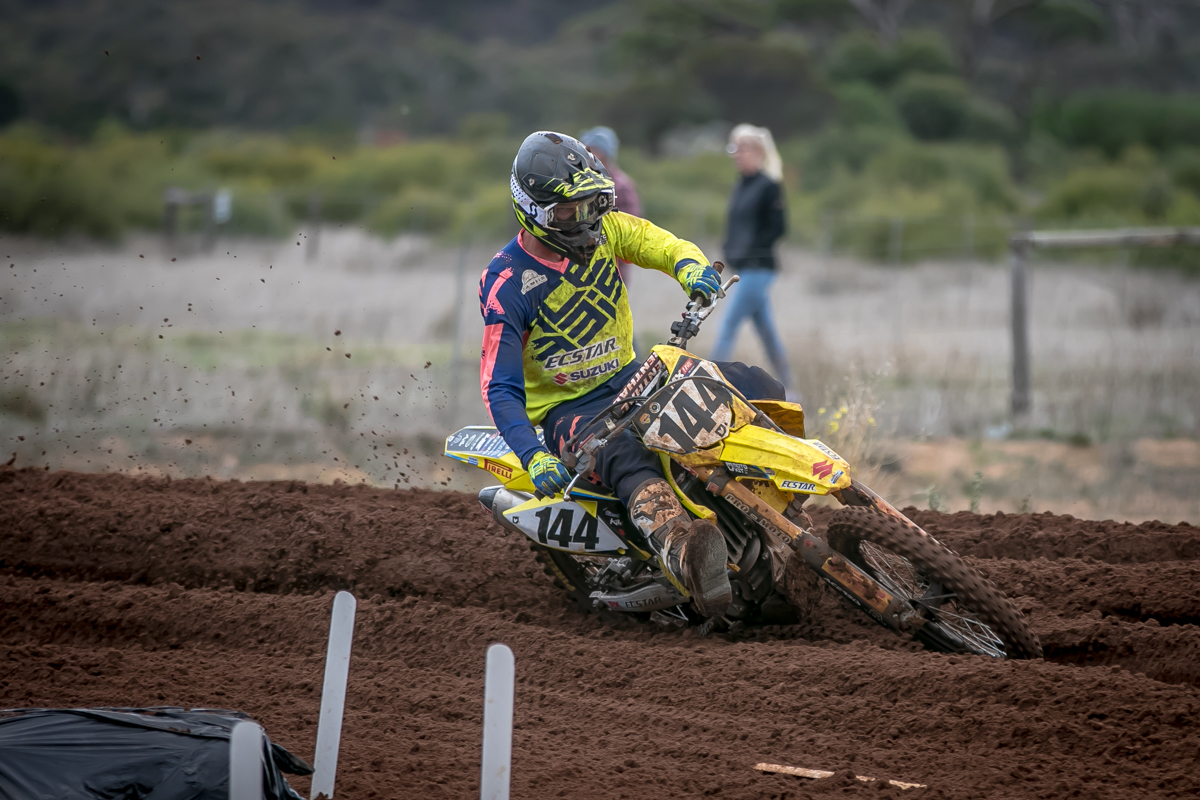 A 13 position overall was another big step forward for Hall in just his second event back from injury
For Hall the second moto, although finishing with an identical 14th place finish as the opening race, was another improved performance on his comeback from injury.

Starting just outside the top twenty, Hall moved into 19th by the end of the opening lap and continued his push forward for the duration of the 30 minute plus one lap moto, with his pair of 14th place finishes enough to see him secure 13th overall for the round.

‰ÛÏI am pretty happy with today‰Ûªs results, I was able to ride forward through the field in both races and get through another full 30 minute races.‰Û 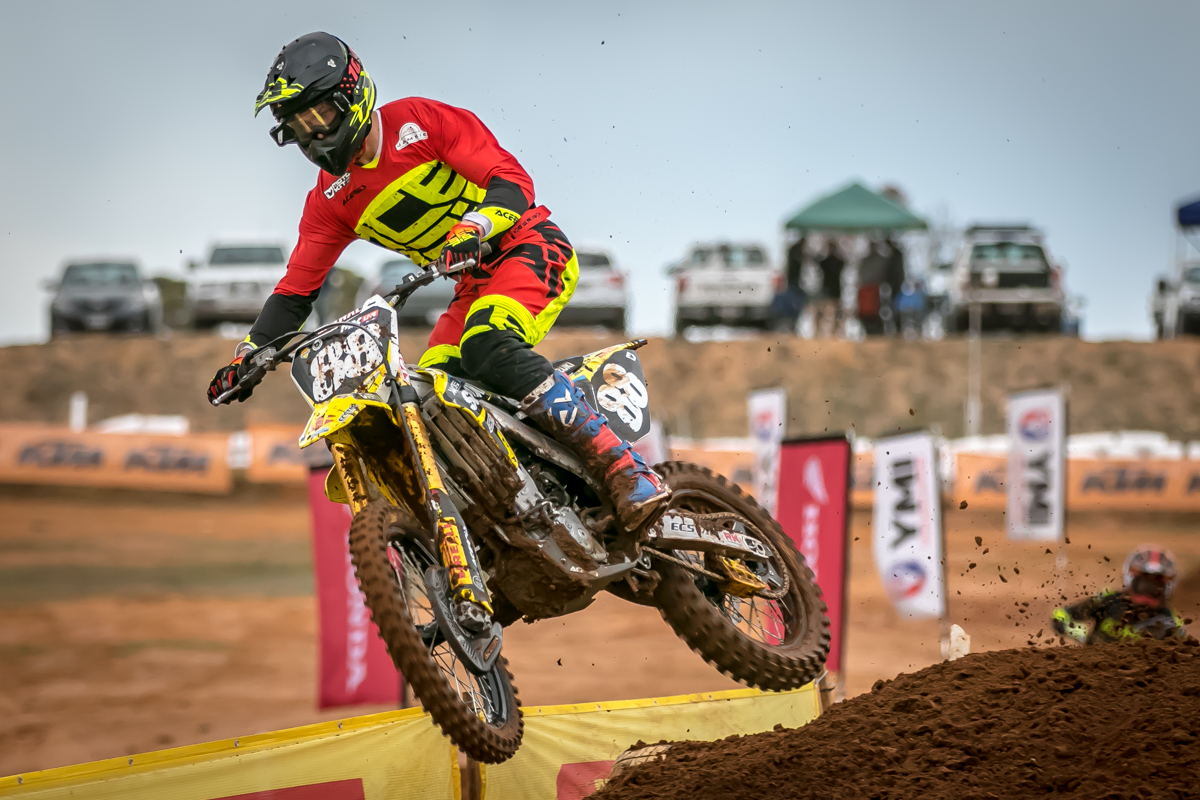 Jesse Madden was forced to miss round five of the championship after sustaining rib and lung injuries at round four, but is well on the road to recovery and looks set to return to racing action when the series resumes for round six at Conondale in Qld on the 1st of July.

‰ÛÏOverall the day was a great one for the team,‰Û