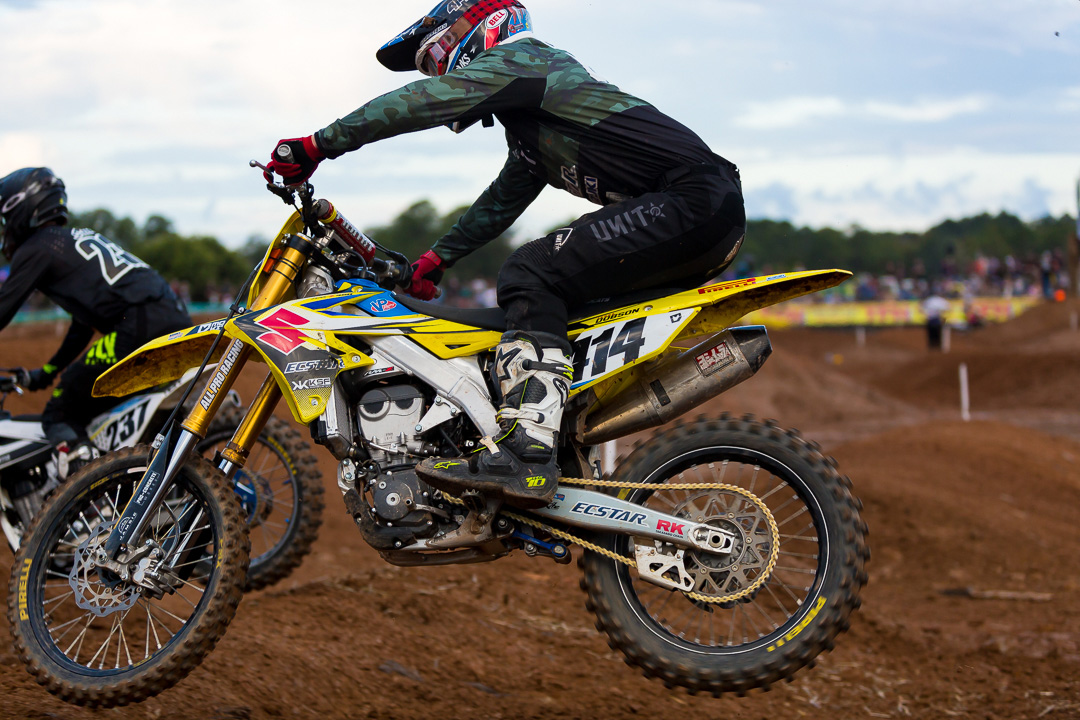 Jesse Dobson. Photo: Deluxe Media
KSF ECSTAR Suzuki SX pairing of Jesse Dobson and Jesse Madden have continued their early season form at the second round of the 2018 Australian Supercross Championship held at Coolum on Saturday the 6th of October.

With light rain falling early in the day, Jesse Dobson set the tone early for the team, laying down the 10th fastest lap in timed qualifying aboard his Suzuki RM-Z450, while Madden had to settle for the final gate pick in his heat after struggling to find his flow.

Jesse Madden turned his fortunes around in the opening SX1 heat race, with a superb ride that saw him cross the finish line in 4th position, just one spot ahead of Dobson, as both riders qualified directly for the night's main event.

When the gates dropped on the afternoon‰Ûªs main event, Dobson fired himself into the top ten and was running with the lead pack in the opening stages before a couple of mistakes relegated him back to 12th

Riding in front of his home crowd, the Sunshine Coast resident put his head down and went to work, making his way back through the field to finish out the day in 7th position.

‰ÛÏOn paper it was another good result points wise, but I feel like I still have a lot more to give,‰Û 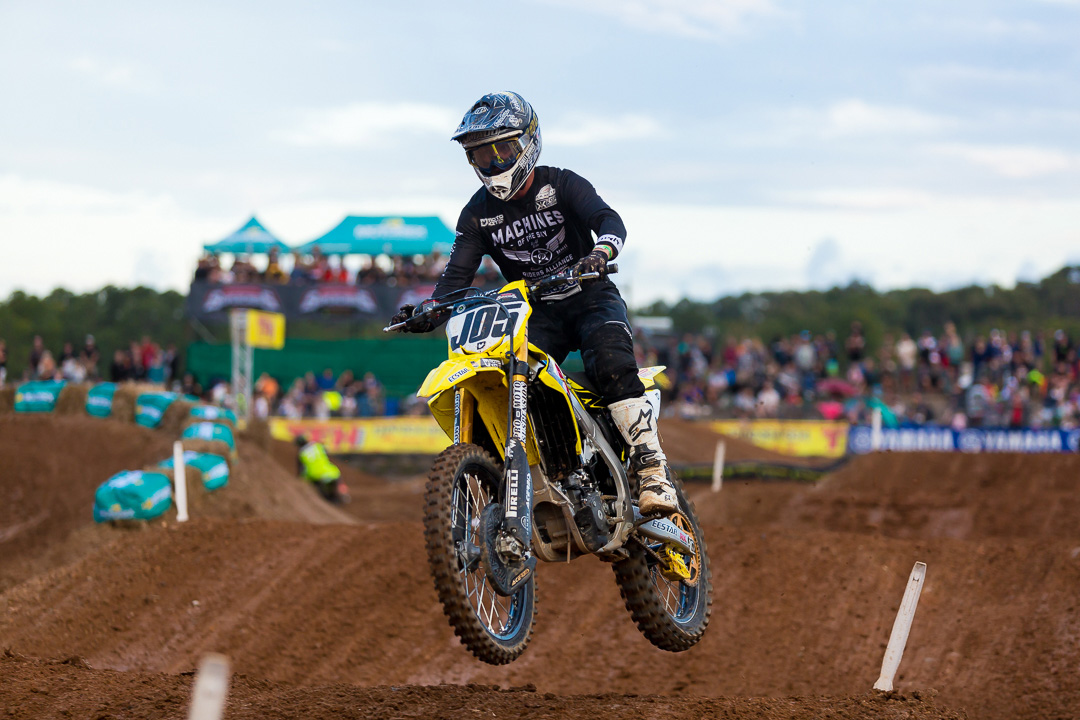 Jesse Madden. Photo: Deluxe Media
Jesse Madden was once again a picture of consistency in the main event.

Rounding out the opening lap in 11th, he took advantage of his team-mates crash to momentarily move into 10th position, before dropping two places into 12th spot by the midpoint of the race, the position he would hold until race end.

Madden continues to hold down a top ten position in the championship standings in 9th.

‰ÛÏMy day started off really average with not being able to get comfy and qualified down in position 18.‰Û 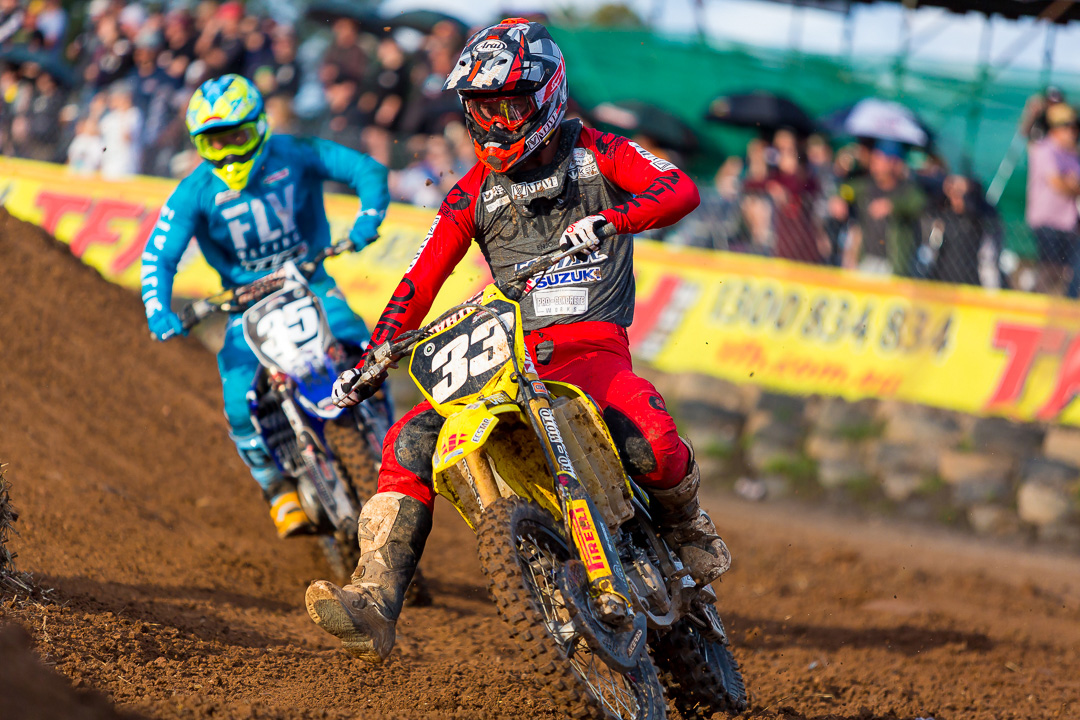 Gradie Featherston. Photo: Deluxe Media
It was another rough day for the team‰Ûªs SX2 rider Gradie Featherston who once again had to work his way through the Last Chance Qualifier after a crash during qualifying left him bruised and battered.

Lining up for the main event, Featherstone was able to put in a gutsy ride to complete the final in 20th position. 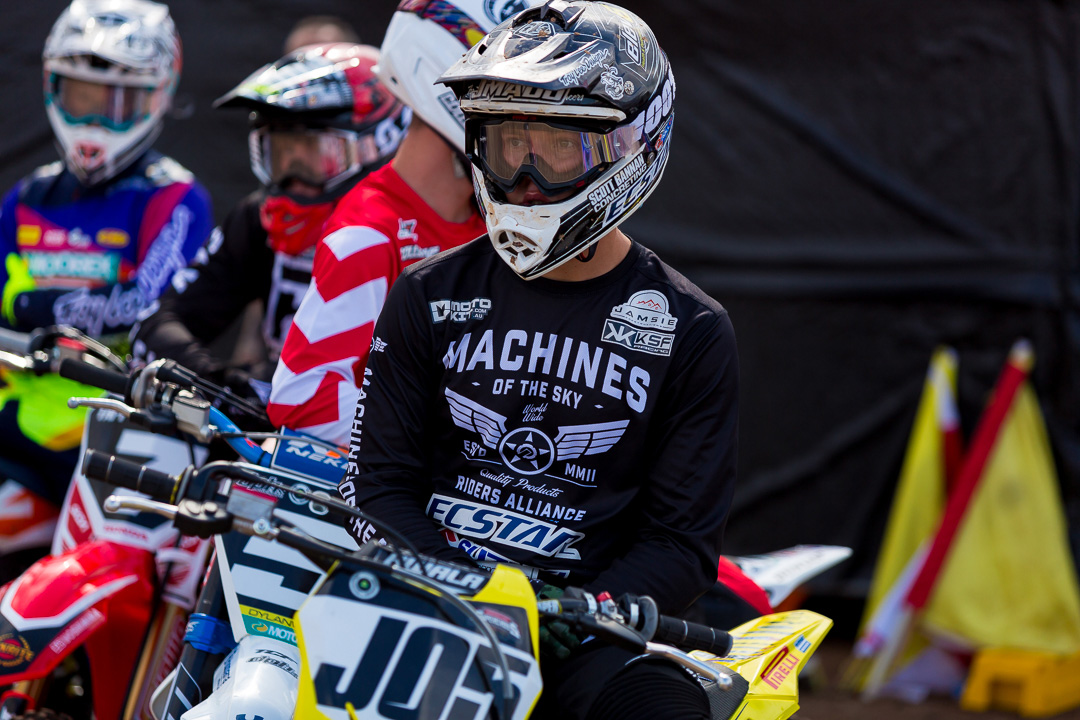