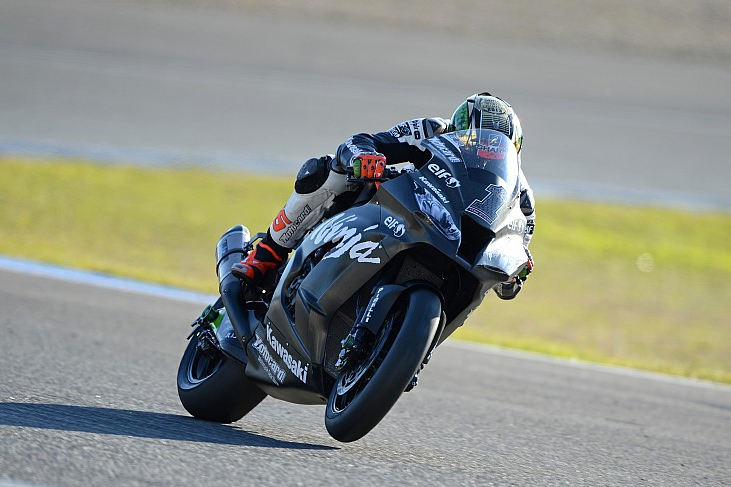 Both official KRT riders finished with fast lap times to their credit, with Sykes setting a best of 1‰Ûª39.6 and Baz 1‰Ûª39.9, as they enjoyed good weather conditions in the south of Spain.

In the last test of 2013 world champion Sykes spent his track time refining his set-up in preparation for a new season, which begins in Australia in late February. Sykes set many laps of the impressive Jerez circuit to work out the details of race set-up, particularly over the first two days.

Until now Sykes had been unsure if he would run his favourite race number 66 or the champion's number 1 plate on his Ninja ZX-10R for the 2014 season but he has elected to adopt the number 1 plate, with some personalised touches. At times during this test he was running a 'prototype' of his new number 1 plate, which features many small ‰Û÷66' graphics inside it.

‰ÛÏWe did a bit of everything at this test and it has been very good for us." Sykes explaine. "I did a lot of laps again so my crew chief Marcel is working me well! We tested many different components, which you do not always get the chance to do in the middle of the season.

"Our testing schedule during the season was quite minimal compared to what we used to do, so this test has been a good experience overall. We retried certain things to understand if they are definitely better, especially over race distance, and I am happy with how it has gone.

"The Ninja ZX-10R is working well even though Jerez is not one of my strong points. That shows we have improved our package, which is the main thing.‰Û