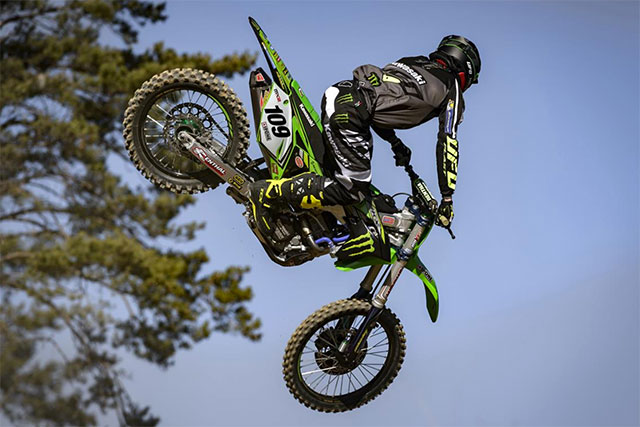 Petar Petrov will miss the next round of the FIM MX2 World Championship but the Monster Energy Kawasaki MX2 Racing Team will give a chance to young Frenchman Yannick Fabre at the GP of Patagonia.

Petrov injured his ankle during qualifying at opening GP in Qatar but the young Bulgarian's injuries where to severe and he wa forced to the sidelines when it came to the races. He was also forced to miss the Indoneasian round at the last minute as the injury continued to hinder him.

Back in France for medical examinations with famous professor Olivier Dufour, who is also a great fan of motocross, Petar was delighted when Olivier confirmed that his ligaments were not broken. ‰ÛÏNothing was broken, but the ligaments were affected in the crash and they asked me to rest for five weeks. But I can continue to train physically as I want to be fit when I will be back on the bike two weeks from now,‰Û