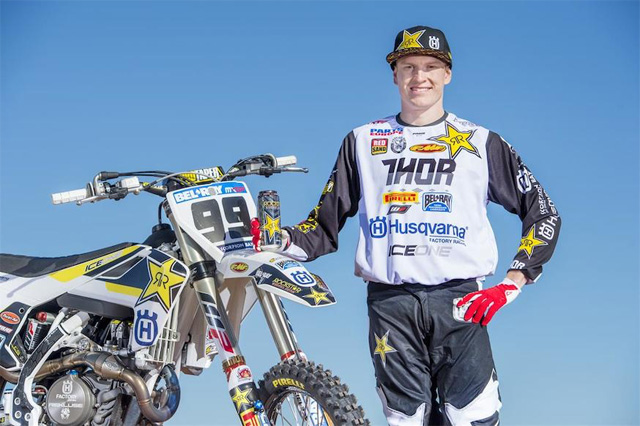 Rockstar Energy Husqvarna Factory Racing‰Ûªs Max Anstie will not compete in this weekend‰Ûªs MXGP of Trentino, Italy ‰ÛÒ round five of the 2017 FIM Motocross World Championship.

Kicking off last weekend‰Ûªs Dutch Masters of Motocross event with victory in moto one, the Brit picked up an injury to his left knee during the second moto in Harfsen.

In his debut season of MXGP class competition, the FC 450 mounted rider has so far enjoyed three top 10 results with his highlight being a seventh-place moto result at the MXGP of Argentina. Currently sitting 11th in the MXGP championship standings the young Brit is expected to return to competition at the MXGP of Europe in Valkenswaard, on April 22/23.

The fifth round of the 2017 FIM Motocross World Championship will take place in Pietramurata, Italy on April 15/16.

‰ÛÏIt‰Ûªs always disappointing when a rider is unable to compete due to injury, but that‰Ûªs a part of our sport." Antti PyrhÌ¦nen ‰ÛÒ Rockstar Energy Husqvarna Factory Racing Team Manager commented.

"Max has enjoyed a good start to the season, and has been steadily improving his speed and consistency. We‰Ûªre thankful his injury isn‰Ûªt a serious one, with a little time to recover he will soon be back to full fitness.‰Û