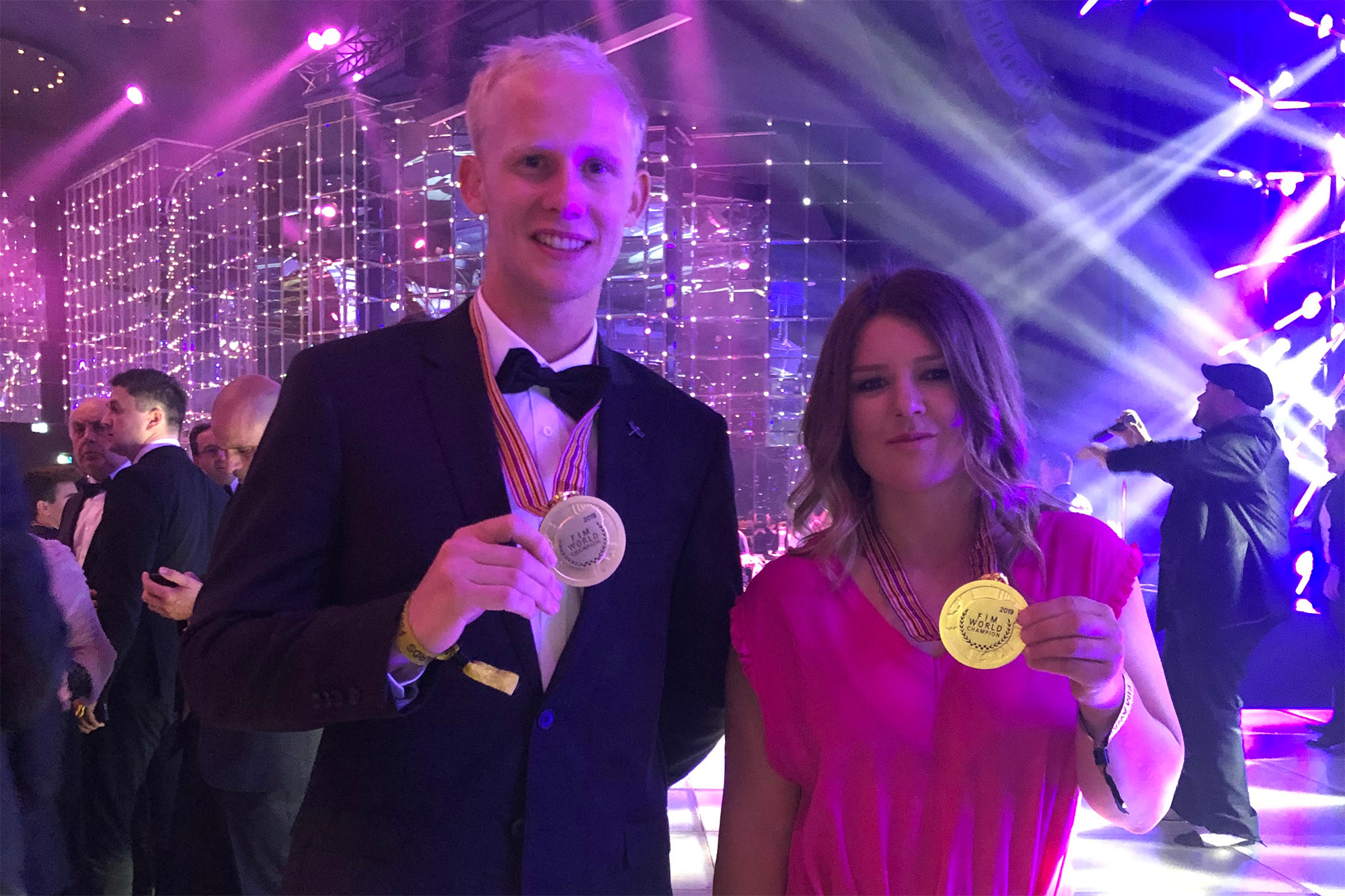 Since MNZ became affiliated with the FIM in 1986, New Zealand has never had two riders win world championship events in a single season.

They then joined nearly 600 guests at the most illustrious occasion on the international motorcycling calendar, before being awarded for their incredible achievements. Dunedin-based 23-year-old Duncan (Kawasaki) dominantly won the FIM Women‰Ûªs Motocross World Championship in 2019, after three years of near misses, since bursting onto the scene as a race-winning rookie in 2016. While 20-year-old MacDonald (Sherco), of Christchurch, claimed the FIM 125cc Youth Enduro World Championship - New Zealand‰Ûªs first title in the discipline, thanks to an impressive second season at this level.

MNZ General Manager Virginia Henderson said, ‰ÛÏIt was an extremely proud day for the New Zealand motorcycling community to see Courtney and Hamish receive their medals. The FIM Awards provide a fitting moment to recognise and reward the exploits and achievements of all the two-wheel heroes and heroines and officially crown them as the 2019 FIM World Champions.‰Û 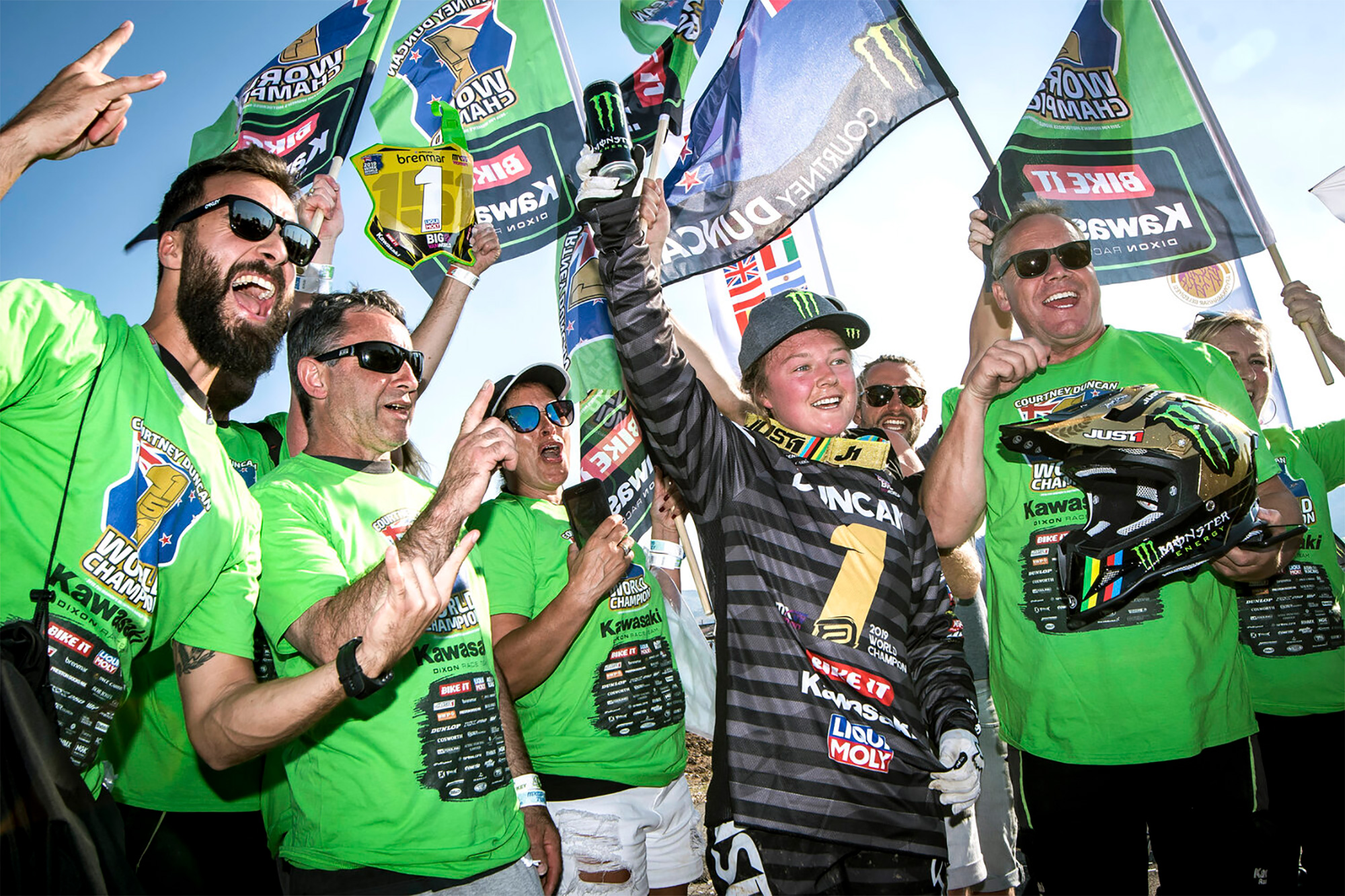 Dunedin's Courtney Duncan savours the sweet taste of success, winning her first FIM Women‰Ûªs Motocross World Championship with the British Kawasaki Dixon Racing Team. Photo: Nuno Laranjeira
MacDonald showed the world how it was done this year too, by scoring a podium in every single race that he finished in the seven-round season. The first Kiwi rider to compete at world level in over fifteen years, he also showed no shortage of grit and determination to come back after breaking his shoulder at the third round in Spain, where he missed out on the points completely after back-to-back double victories in Germany and Portugal.

His only other no-score after that was on the second day in Italy and despite having conceded the championship lead to Italy‰Ûªs Claudio Spanu (Husqvarna), MacDonald gradually fought back to make sure of the title with a pair of third places at the final round in Ambert, France.

He and Duncan were treated to all the super-star treatment in Monaco ‰ÛÒ complete with a helicopter transfer into Monte Carlo and Duncan was dressed for the awards night by Kiwi fashion label Company of Strangers, from her hometown of Dunedin.

‰ÛÏIt was a huge honour to be representing New Zealand at these awards and to have Hamish alongside - another Kiwi - is pretty special for our country. I will enjoy this moment before I get back to work towards next season,‰Û 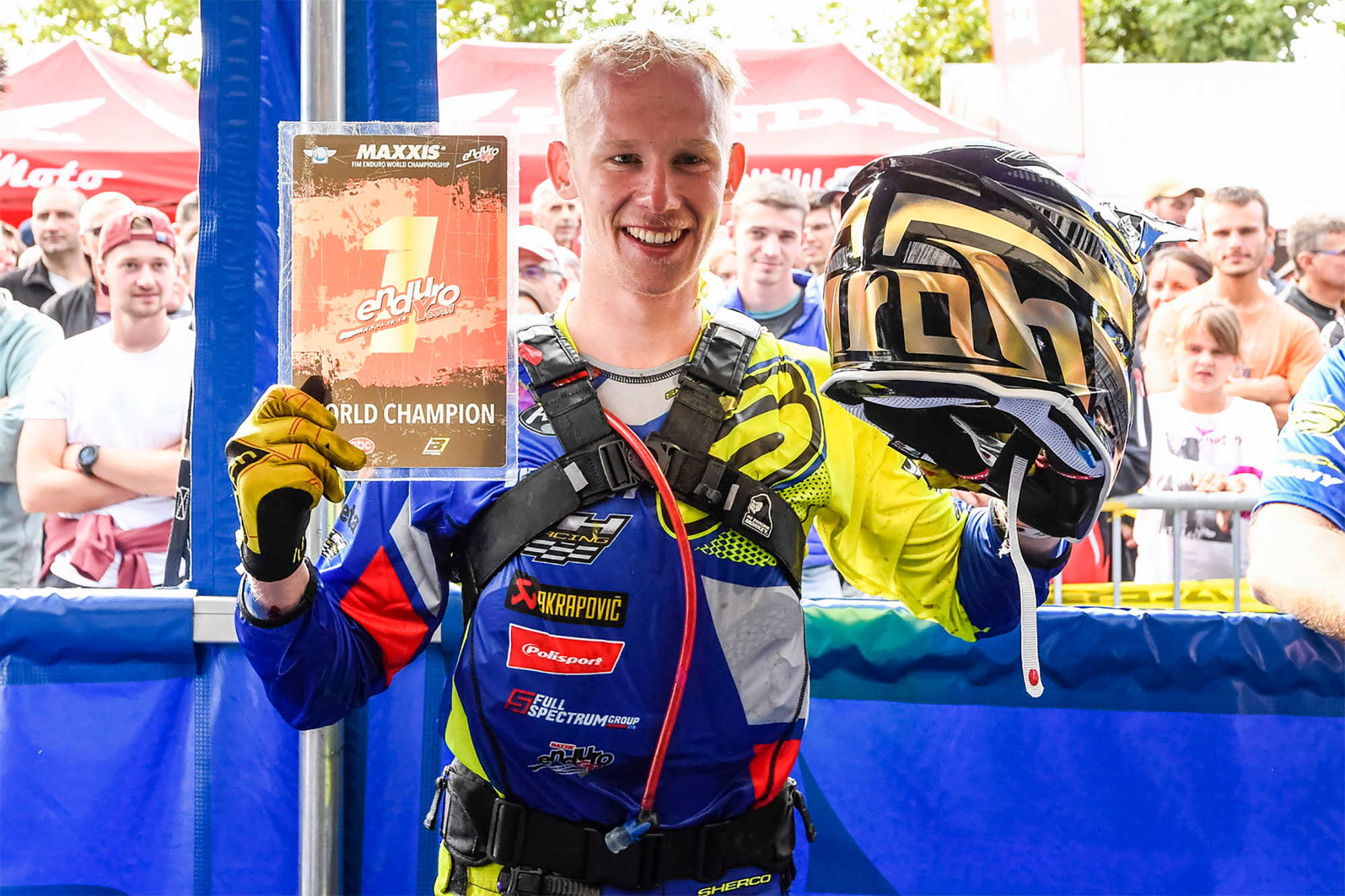