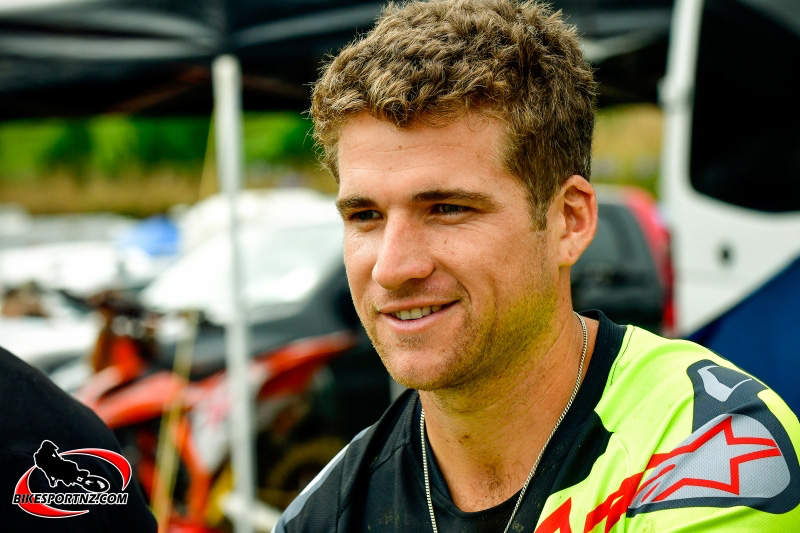 Rhys Carter's first outing with Yamaha will be the the upcoming Motocross of Nations in the United States. Photo: Andy McGechan
Yamaha New Zealand has has added another string to its bow with news this week that Bay of Plenty motocross international Rhys Carter will be joining the boys in blue.

Josh Coppins Racing, in association with Yamaha-Motor New Zealand and Yamalube revealed the new partnership with Carter, who, in addition to racing with success domestically and internationally, operates the Carter Coaching entity.

The 28-year-old Carter, a professional motocross coach and the 2018 New Zealand MX1 No.4, will throw his leg over his new Yamaha YZ450F first the first time at the upcoming Motocross of Nations in the United States, the most auspicious of all events at which to herald his switch from Kawasaki.

The Mount Maunganui man said he was "thrilled and excited" about the move.

"I will be working closely with Josh Coppins Racing and, when you see what Josh does with his team and how well he runs it, you just know it's clean-cut and professional and fantastic to be a part of," said Carter.

"The depth of knowledge that Josh has in this sport is very hard to come by. We both want to give back to our sport and I do that with my coaching clinics, so it's very exciting for both of us.

"I will be under a separate Yamalube Yamaha banner, but closely associated with Josh's Altherm JCR Yamaha Racing Team. I'm in the best shape I've ever been and I believe I can win the national MX1 title. It gives me a huge boost to have Josh supporting me.

"I'm pleased also to be able to bring my own career-long sponsors on board with me."

From April next year, at the conclusion of the 2019 New Zealand Motocross Championships season, Carter will pour more focus into his coaching, as well as taking over the role of operating the bLU cRU Racing scene, a function that encourages and helps to equip fledgling Yamaha riders.

"Rhys will be joining the blue and white world, effective immediately, and, as of April 2019, will be responsible for assisting Yamaha in generating the next world champion," said Coppins.

"Rhys is a very good racer, but we also have long-term plans for him to be coaching Yamaha riders.

"He will run demonstrator bikes for us this summer too ... offering Yamaha YZ65, YZ85 and YZ125 bikes for young riders to try out."

With Carter on board, Yamaha is further strengthened as presents an extremely potent force for the 2019 national championships season.

Racing alongside Carter in the MX1 class will be former national MX2 champion and current national MX1 No.3 Kayne Lamont, the Mangakino man continuing to race the Yamaha YZ450F for the Altherm JCR Yamaha Racing Team, while 2018 national 125cc champion Maximus Purvis, also from Mangakino and also an integral part of the Altherm JCR Yamaha Racing Team, will now step up to the MX2 (250cc) class.