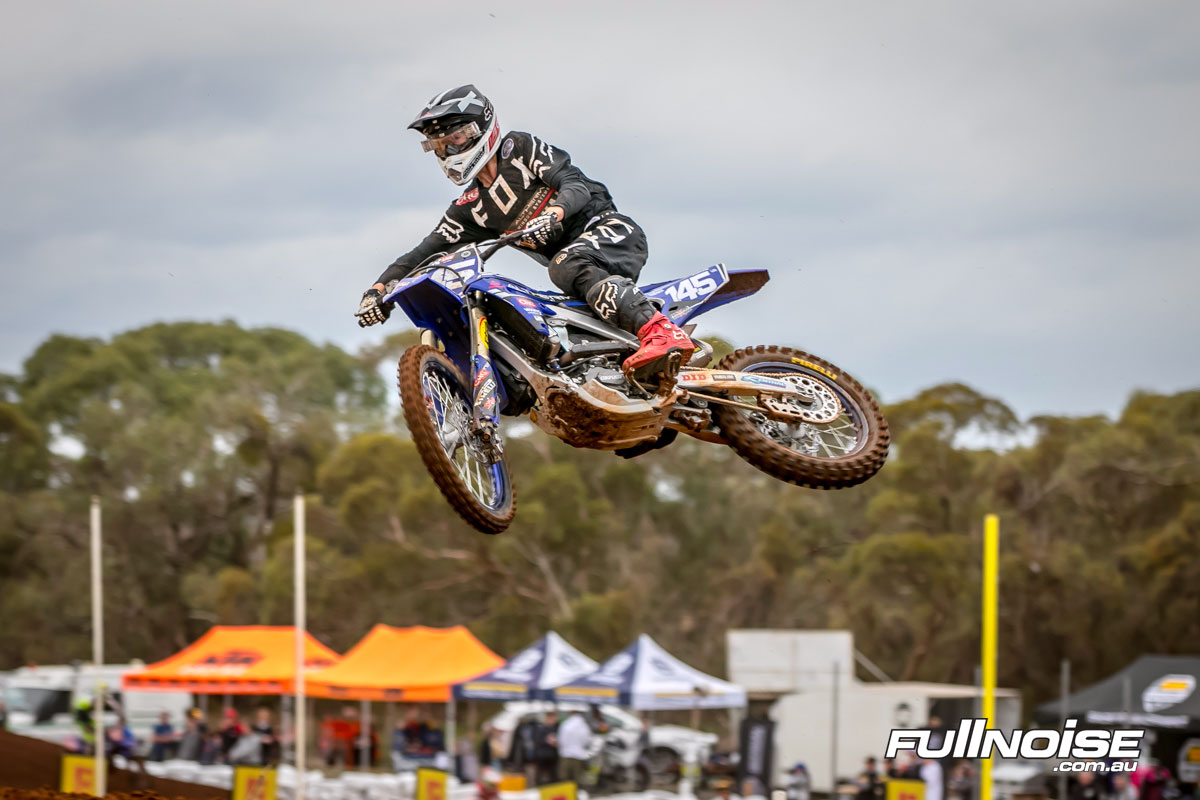 The Altherm JCR Yamaha Racing Team rider has now won three consecutive national championship events in Australia and, after five of 10 rounds in the 2018 Pirelli MX Nationals, he is closing in on the lead in the MX Development (under-19) class.

His initial results in the Australian series saw him down in eighth position overall after two rounds, not something the 17-year-old from Mangakino was probably used to after he had been so dominant in clinching the 125cc crown for Yamaha during the New Zealand Motocross Championships just a few weeks earlier.

He finished with a 9-13 score-card from his two MXD class races at the series opener at Newry, in Victoria, last month and followed that with 13-7 race finishes at round two a couple of weeks later in Appin, New South Wales.

But then things began to really click for the Yamaha ace.

At the double-header rounds three and four, at Wonthaggi, in Victoria, a week ago, he managed to finish 2-1 on both days, sharing wins with Australian Bailey Malkiewicz (Yamaha), but earning the Kiwi the overall win at both rounds thanks to the count-back rule.

For round five at Murray Bridge, South Australia, at the weekend just gone, Purvis was unstoppable, scoring back-to-back wins and elevating himself now to third in the championship standings, just five points behind join leaders Malkiewicz and 17-year-old Morgan Fogarty, from Kinglake West, north of Melbourne.

After topping qualifying, Purvis stalked Fogarty for the entire opening MXD race at Murray Bridge, before pulling the trigger on the penultimate lap and then going on to claim a 0.63-second win from Victoria's Fogarty.

Purvis took command of the second race from the start and stayed there, winning the race by 0.94 of a second from Fogarty. The next round of the series is set for Conondale, Queensland, on July 1.

Fellow Kiwis Kayne Lamont and Hamish Harwood have won the Australian MXD title in the past, Lamont in 2012 and Harwood in 2013.