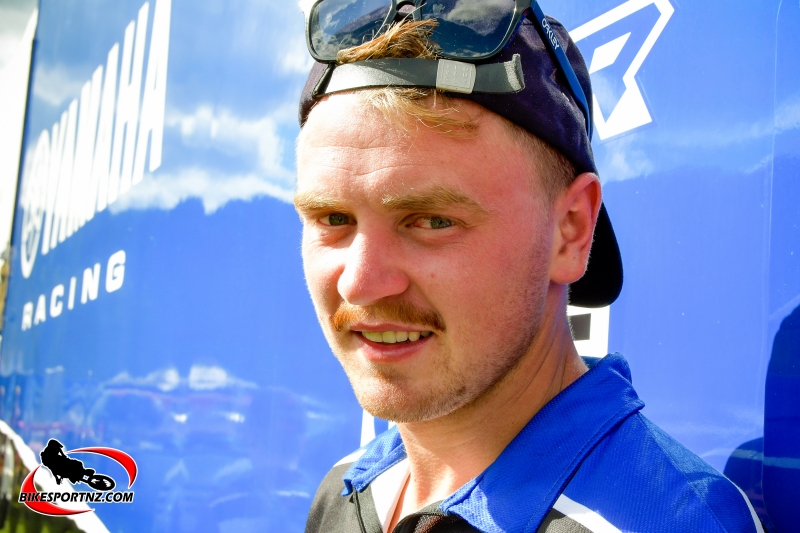 Waikato's Kayne Lamont (Altherm JCR Yamaha YZ450F), preparing for a season of racing in Australia this season. Photo by Andy McGechan, BikesportNZ.com
Kayne Lamont is no stranger to the Australian motocross scene, having raced and won there in the past, but this year will be a little different.

The 24-year-old Hamilton-based former Mangakino man will shortly be packing his bags for Australia and a full season of racing the Pirelli MX Nationals there, entered on a Yamaha YZ450F in the premier MX1 class.

Lamont has raced in Australia in the MX Development (MXD) Under-19 class, which he dominated in 2012 ‰ÛÒ winning the title by a massive 21 points over Aussie international Dylan Long and finishing 59 points ahead of the third-ranked rider, Australian Dylan Leary.

Lamont won the New Zealand MX2 (250cc) title in 2014 and then shortly afterwards headed across to race the same class in the Australian nationals. He was impressive in Australia that season but could not quite clinch the main trophy on that occasion, instead suffering a few set-backs and settling instead for ninth overall.

But now he's gearing up to tackle Australia's 450cc elite in the MX1 class and what's more, he may actually be New Zealand MX1 champion by the time he boards his aircraft for this latest overseas adventure, with the 10-round series set to kick off with round one at Newry, Victoria, on April 15.

Lamont has been outstanding in the 2018 New Zealand Motocross Championships, dominating the MX1 class with a hat-trick of wins at the opening round near New Plymouth last month and then maintaining his lead position at round two near Rotorua two weeks later.

The third round will be staged at Fernhill, between Napier and Hastings, at the weekend and the final round is set for Taupo this coming Saturday (March 24) and, mishaps aside, Lamont could again be crowned national champion that day.

"It would certainly be nice to go to Australia with the Kiwi crown in the bag," said Lamont.

Lamont races in New Zealand for the Altherm JCR Yamaha Racing Team and he will represent the SB Motorsport Team in Australia.

"We are very excited to have Kayne coming over to race here," said SB Motorsport Team owner Scott Brewster.

Lamont will join the Melbourne-based team and share facilities with Brewster's son, Josh Brewster, who will race in the MXD Under-19 class for the two-rider team.

"It will be good to see Kayne give the MX1 talent a shake-up," said Scott Brewster. "We are all set to go and looking forward to his arrival here."