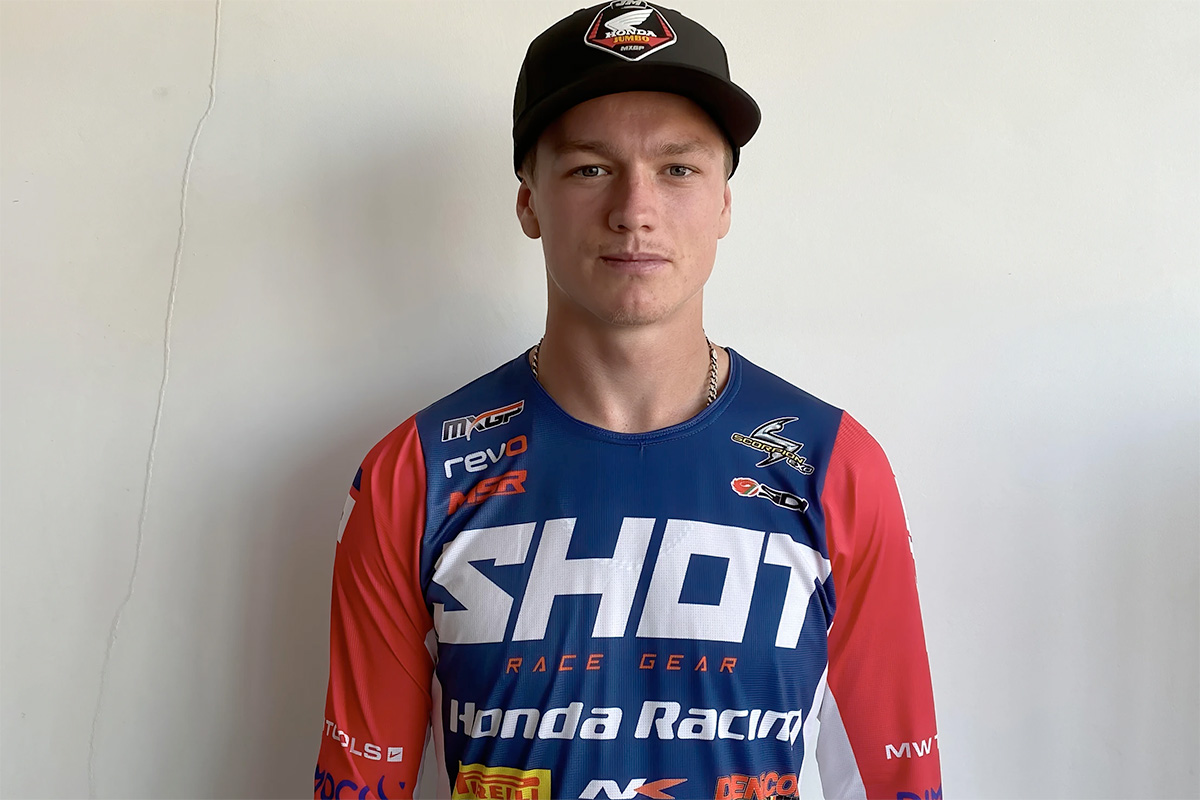 Dylan Walsh
Dylan Walsh will fill-in for the retired Julien Lieber at JM Honda Racing. The reigning British MX2 champion has just stepped up to start competing aboard the Honda CRF450R.

The British-born Kiwi is a versatile rider with racing experience in many different international series ranging from the MX2 world championship over EMX250 and the elite American amateur SX events.

Before embarking on his worldwide odyssey the Twenty-two year-old picked up eight national titles in New Zealand. The popular rider from Christchurch went on to score two moto EMX250 wins and several podiums throughout the 2017 and 2018 seasons. In his first full season of MX2 world championship racing last year Walsh recorded 8th overall placements and finished 5th in race 2 at Mantova.

Walsh made his marks in his first ever 450 race at the opening round of the MX Nationals UK series in Hawkstone Park where he led the second moto and finished fifth overall. Walsh is set to contest the last three rounds of the MX Nationals.

‰ÛÏI‰Ûªm super excited about this great opportunity! I realise it‰Ûªs a big step but I‰Ûªm motivated to work hard with the team to improve each time I‰Ûªm out on track," Walsh said. "I‰Ûªve only done a couple of weeks on the Honda 450, but even in stock trim it‰Ûªs a very solid bike that‰Ûªs easy to get used to. All of this would not be possible without Matt Smith Racing and Only Revo allowing me to grab this chance with JM Honda Racing, especially on such short notice so I‰Ûªm very thankful for that.‰Û