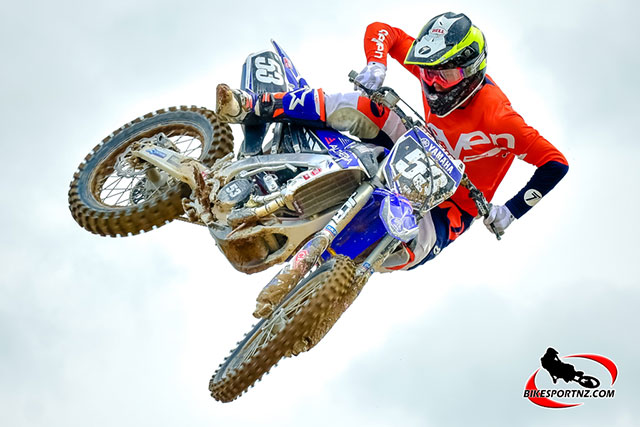 Kiwi Dylan Walsh had not intended to race the New Zealand Motocross Championships this season, but now he's ended up as national No.2.

It's a ranking the Christchurch man will happily accept, a surprise since no true racer ever likes to be beaten, but the last-minute decision to race the nationals in New Zealand this season will hopefully now propel him on to greater things when he takes on the elite of Europe, starting with round one of the European 250cc Motocross (EMX250) Championships at Pietramurata, in Trentino, Italy, on April 16.

Walsh was originally only going to race the Altherm JCR Yamaha Racing Team YZ250F at the stand-alone New Zealand Motocross Grand Prix at Woodville in late January, but Yamaha team boss Josh Coppins made him an offer he couldn't refuse and so a plan was quickly hatched to get him to stay on and contest the four-round national series as well.

The 19-year-old Walsh won the MX2 (250cc) class at Woodville and was quickly on the pace in the four-round nationals too ‰ÛÒ even scoring a hat-trick of wins at round three of the series at Himatangi ‰ÛÒ and he was the only rider able to mount a serious threat to defending champion Hamish Harwood, of Takaka.

Despite winning five of the 12 MX2 class races in the domestic championships, and crossing the line runner-up on three further occasions, Walsh eventually had to settle for the overall runner-up spot, finishing 16 points behind Harwood when the series wrapped up at Taupo at the weekend.

"Dylan was only originally supposed to race at Woodville for us," said Coppins. "We worked hard at getting things sorted for him to do the nationals and to get him up to speed on the 250cc four-stroke bike, against all the 250cc two-strokes in that class."

Walsh now switches his attention to contesting the EMX250 series, riding for a Dutch team. He flies out of New Zealand tomorrow. He will be based at Oss, near Nijmegen, and he will also race in the MX2 class at two rounds of the Dutch nationals.

His first race in Europe will be at Harfsen, north-east of Arnhem, on April 9.

"I plan to be back to race again for the Altherm JCR Yamaha team next season and do the whole series," said Walsh. "I was a bit disorganised this year and it really was only a last-minute decision to race the full national series here."

Prior to his Kiwi homecoming, Walsh had spent two an d a half years racing in the United States, based at the Millsaps Training Facility in southern Georgia, on the east coast of the US. His time spent there obviously sharpened his skills and now he's in demand internationally as well as at home.