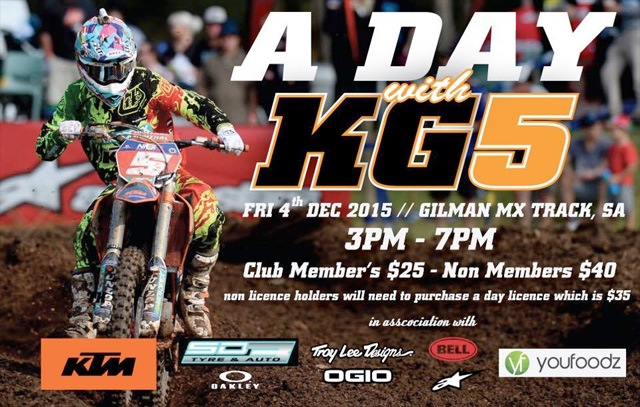 2015 MX Nationals MX1 champion Kirk Gibbs is heading home to South Australia this Friday the 4th of December to meet and greet his Adelaide based fans at the Motocross Riders Associations home track at Gillman.

In what was a break out season for the Mt Gambier born and now Gold Coast, Qld based rider, Gibbs proved to be the rider to beat throughout the 2015 national motocross season, becoming the first South Australian to secure the premier MX title in the country in at least the past 30 years.

Gibbs was all set for a big home coming at the third round of the 2015 Australian Supercross Championship at Wayville, with the KTM Australia factory rider looking forward to thanking his local fans for their support throughout his career.

Unfortunately an injury sustained in the lead up to the Adelaide round of the championship left Gibbs not only unable to race, but also unable to make the trip back home for the return of Supercross Racing in SA.

With his injuries now healing sufficiently enough to allow him to fly, Gibbs is looking forward to meeting his South Aussie supporters at a special ride day this Friday at Gillman. 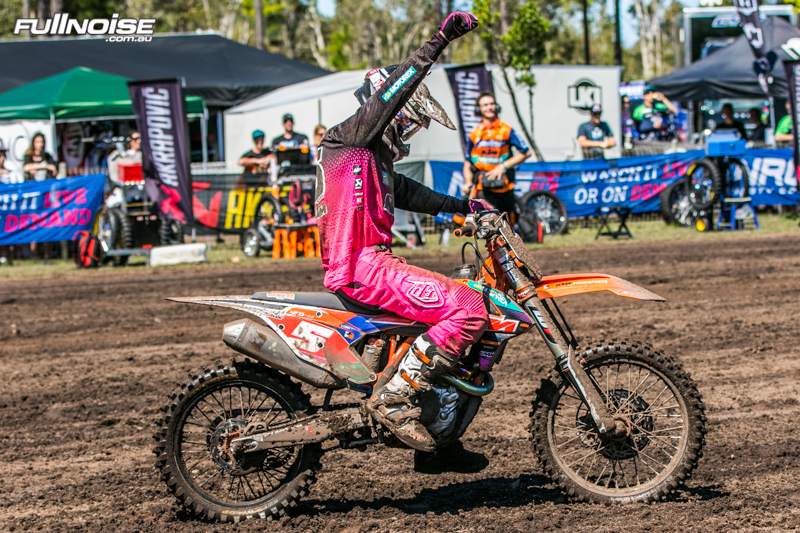 Kirk Gibbs just moments after he clinched his 2015 Australian MX1 title - Credit: Aaryn Minerds
Not only will Gibbs spend the afternoon talking with fans and like minded motocross and supercross fans, his sponsors have jumped on board to support his home coming, with a host of giveaways and prizes to be won for those who attend, including Kirk giving away a signed Bell helmet that he wore during his championship winning run.

‰ÛÏWinning the 2015 MX1 championship is the highlight of my racing career and my South Australian fans have always supported me 100%, this is a great chance to thank them personally,‰Û