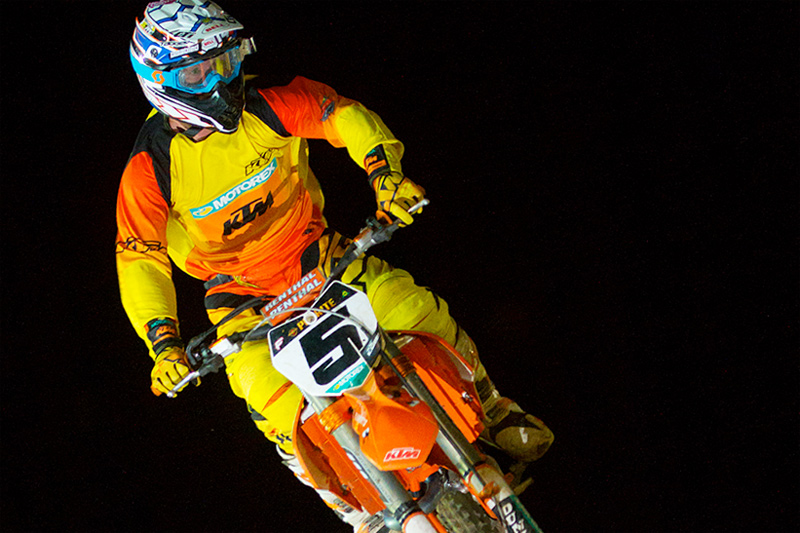 He's proved time and time again this year that on his day he can beat the best riders in the country on a motocross track, and now KTM Motocross Racing Team rider Kirk Gibbs wants to prove that he can do it in this weekend's third and fourth rounds of the Australian Supercross championship at Phillip Island as well.

Gibbs posted only the second supercross podium of his entire career when he finished third at the Bathurst opener, and only a woeful start and the subsequent traffic prevented him from scoring another on the second night.

Currently third in the championship, Gibbs's focus is now entirely about getting away with the front runners at Phillip Island, and what he might be capable of from there is anyone's bet.

‰ÛÏI feel good, we‰Ûªre just heading into Phillip Island now, so press day tomorrow will be the first look at the track." Gibbs explained Thursday evening." We don't get to watch too much of the GP riders, but hopefully it brings more of the crowd over to watch us and we get a lot of spectators, which will obviously help our sport.

"The big plan this week is just about getting out of the gate, and giving myself the best chance to challenge for wins.‰Û