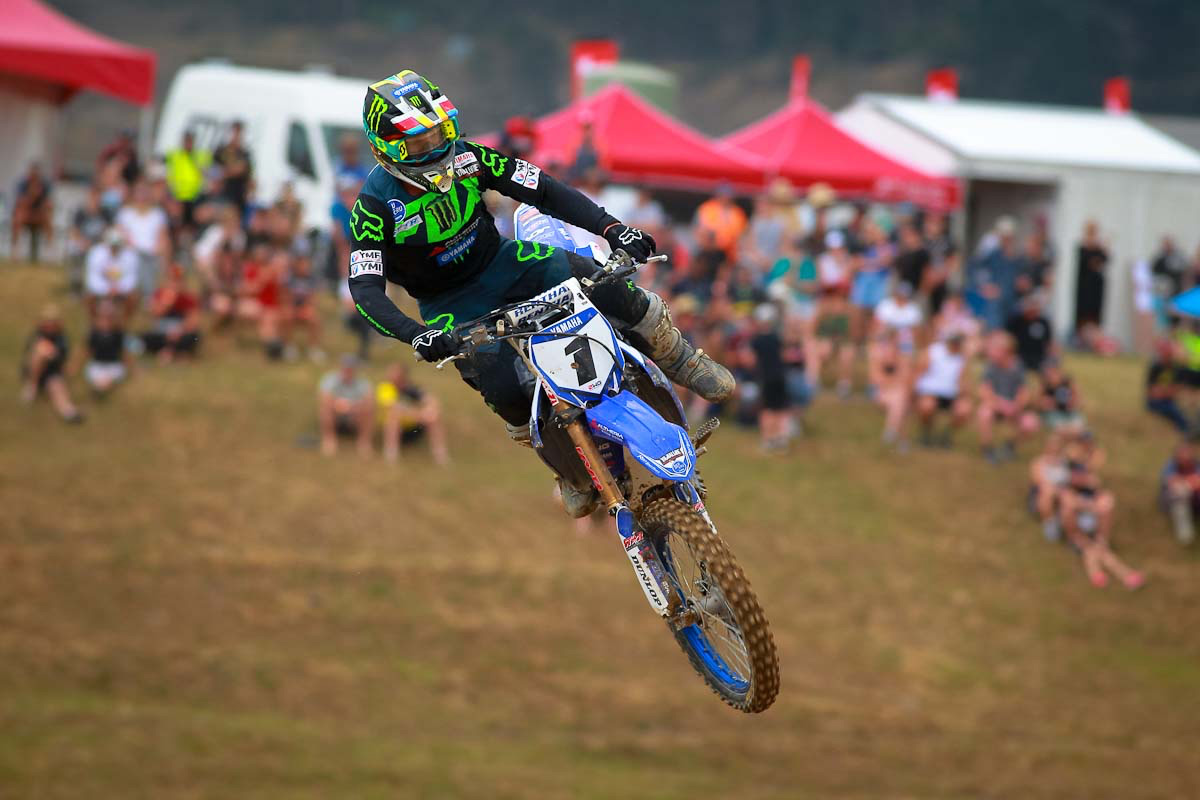 He and arch rival Cody Cooper battled it out again over three motos at the Rotorua Motocross Track, with Gold Coast-based Gibbs coming out on top this time around. He qualified in P1 and that set the tone for the first race.

"The day was really good. I got a good start in the first moto then had a good gap and rode to the win, so I was really happy," Gibbs said of his first race.

In the second outing the 29-year-old got a decent start but got pushed wide.

"I made it really tough for myself. I was probably back in about 10th or so, then had to make my way back. I got into second but just couldn't bridge the gap to Coops [Cody Cooper] and finished there."

The third race went the same way as the first and Gibbs pulled away, maintaining the gap to win the race and take the overall round win.

Altherm JCR Yamaha's Team Manager Josh Coppins was happy with how Gibbs responded to finishing the first round in second place.

"He's definitely finding his straps and riding fast and really well. It was cool to see him win and get the results he deserves. He's really upped the ante and is in a good position looking forward to the third round this coming weekend," Coppins said. 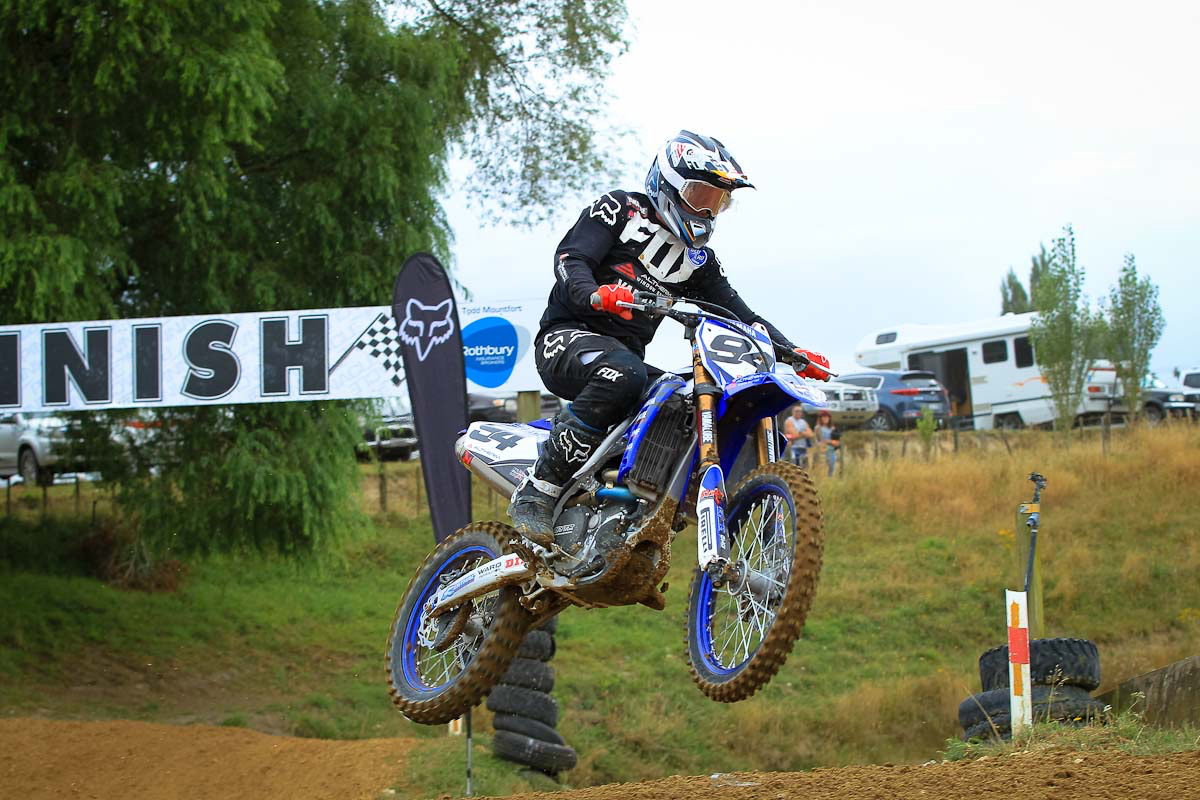 "I had two out of the three holeshots, so my starts were there. I managed to run with the boys for a little bit at the start but kind of ran out of puff and managed to circulate to get third. I had enough pace to hang with them but just not through the whole duration of the race. It was just the lack of pre-training and quality bike time. I will catch up with Josh and test some suspension to see if we can improve a little bit for the last two rounds," Lamont says, referencing the pre-season knee injury that kept him off the bike during the key preparation months.

Coppins says that "Kayne is consistently there. He doesn't quite have the bike fitness yet."

Altherm JCR Yamaha MX2 contender Maximus Purvis had a set of races similar to the previous round.

"He had two good motos and one bad moto, where he didn't quite execute things right. He hasn't had the same level of competition before and in his first year in MX2, he's now up against a lot of international riders."

The 18-year-old said his third race was the best of the three.

"I holeshot round winner Wilson Todd then he passed me, and I just chased him around to finish second."

A third in the first outing and seventh in the second race gave him fourth overall for the weekend.

"That second moto really hurt him. He's got good speed but he's just struggling to adapt to the intensity of so many good riders and the fact that you get punished when you don't get everything right. He has to fight for every inch. Max is leading the Under-19 class, scoring the round win in this category yesterday and if he wants to win that MX2 title, he's got to turn things around in his consistency," Coppins says.

The overcast conditions made for favourable racing, with the Rotorua Motocross Club doing a great job of keeping the dust down.

The team truck headed back to Yamaha in Auckland last night, where the two YZ450s and one YZ250 will be prepared for the third round at the clay-based Pukekohe track this weekend. The Altherm JCR Yamaha riders will also have a test day in Taupo before they return to competition on Sunday.

"We'll put a good effort in this week and do the best we can to have everyone ready to fight for the championship in both classes," Coppins concluded. 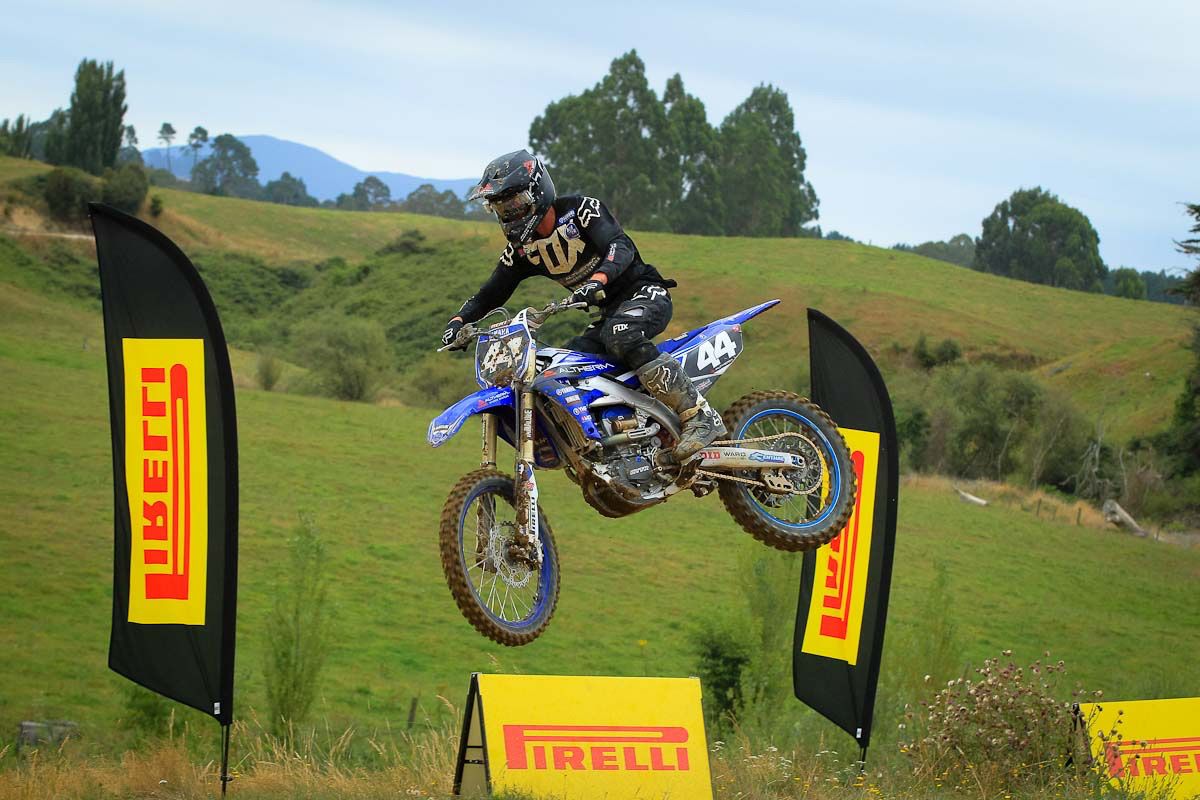 Altherm JCR Yamaha MX2 rider Maximus Purvis scored a 3-7-2 set of race results to place him fourth overall for the second round of the 2019 Fox New Zealand Motocross Championships in Rotorua yesterday. He is also leading the Under-19 class.