Kirk Gibbs relieved to get first round win for 2017 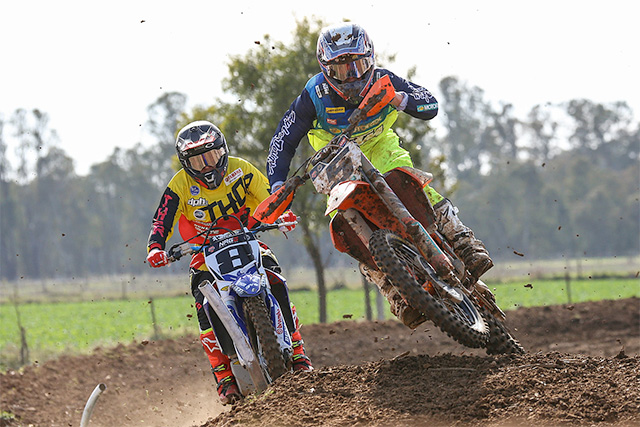 Gibbs became only the second overall winner of the year when he won yesterday‰Ûªs seventh round at Shepparton, comfortably beating Championship leader Dean Ferris and Brett Metcalfe on his KTM 450 SX-F.

The Queensland-based South Australian earlier qualified fastest on the day, then battled with his trademark tenacity in the opening moto to win his second race win in three rounds.

In the second moto, he worked his way through the dogfight in front of him to move from fifth to second place, setting the fastest lap of the race in the progress.

His 1-2 on the day further strengthens his second position in the championship.

‰ÛÏIt‰Ûªs really exciting and a great relief. We knew if we just worked hard, and followed our plan, we could put it all together, and today was the day," Gibbs said.

"Both motos were really fast and I battled in both, it was pretty tough. In that second moto, I lost a few spots and just had to work real hard to get back to second. I‰Ûªm really happy with my riding and how it went today, for myself and the team.

"Shepparton was a little bit different to the last few years; the ruts got really rough and bumpy and it was hard to find good lines out there, but it made for good close racing.‰Û