Kirk Gibbs Ready To Lead KTM Into Home Round 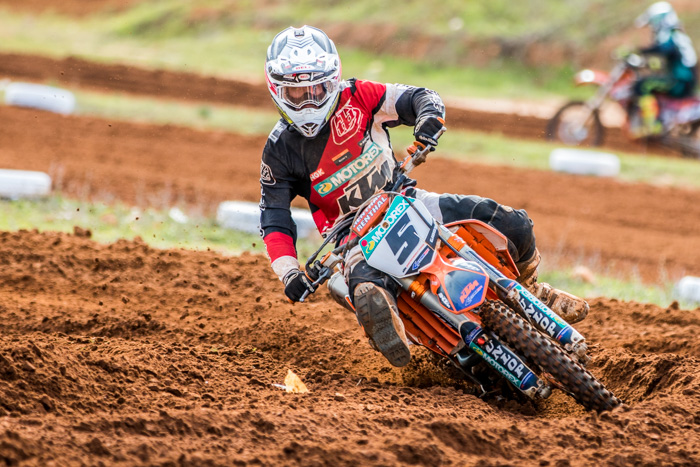 KTM Australia's factory and factory support riders have one thing in common when it comes to this weekend's fourth round of the monster energy MX nationals at South Australia's Murray Bridge ‰ÛÒ an affection for the softer, loamier track surfaces.

Though he lives in another state, MX1 championship leader Kirk Gibbs will consider the round a ‰Û÷home‰Ûª track, in that he'll enjoy the support of an army of family and friends as he attempts to build his 19 point championship lead into a bigger platform.

Last year's series runner-up is looking more and more champion material and he will carry the coveted red plate into the round with no small degree of pride after standing on the top step of the podium at last years South Australian round.

‰ÛÏI'm excited to race in South Australia this weekend." Gibbs commented. "I was down there a few weeks ago and the track was really well prepared.

"Getting a little bit of a bum-kicking the other weekend was good for me - it sort of kick-started me a little bit. Murray Bridge is pretty similar soil to what I grew up on, so that helps a lot, and obviously I rode there maybe a couple of times a year as a junior, and then once every year since I've been doing the Nationals.

"But I like that place, and if you can do well there you always seem to carry that little bit extra confidence with you into the next few rounds.‰Û 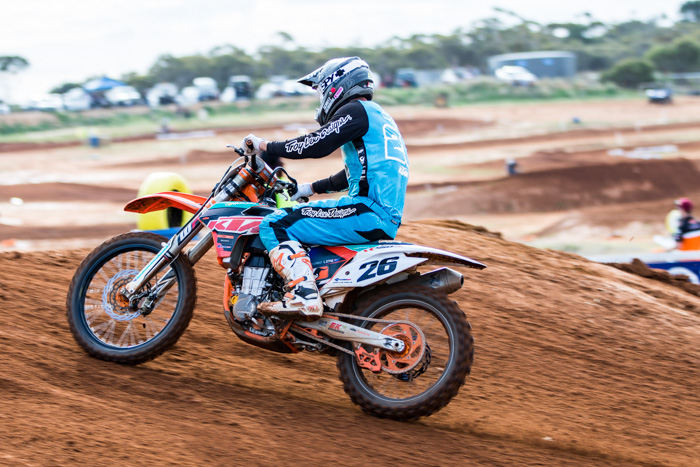 Luke Styke won the opening moto of the SAMX championships ahead of Gibbs and Adam Monea just two weeks ago - Credit: Aaryn Minerds
KTM Motocross Racing Team mate and round three winner Luke Styke is a self-confessed sand track aficionado who has been looking forward to the SA and WA rounds of the championship for more than a month.

Though he may be the premier class rookie, Styke is rapidly firming as a genuine championship contender with the KTM motocross racing team duo are currently 1-2 in Australia's most important motocross championship.

‰ÛÏI've been looking forward to this and, it's going to be good to get in and have a bit of a loamy round - I can't wait." Styke stated. "To me the plan is like it‰Ûªs been all year, just trying to get myself into a good position, and then try to put it up on the box again.

"That's my plan every weekend - take the win if it‰Ûªs there, but just ride smart until the break and put in some good rides after that.

"The sandy tracks seem to suit my riding style. I set my bike up a bit more that way and I‰Ûªve always ridden better in it.‰Û