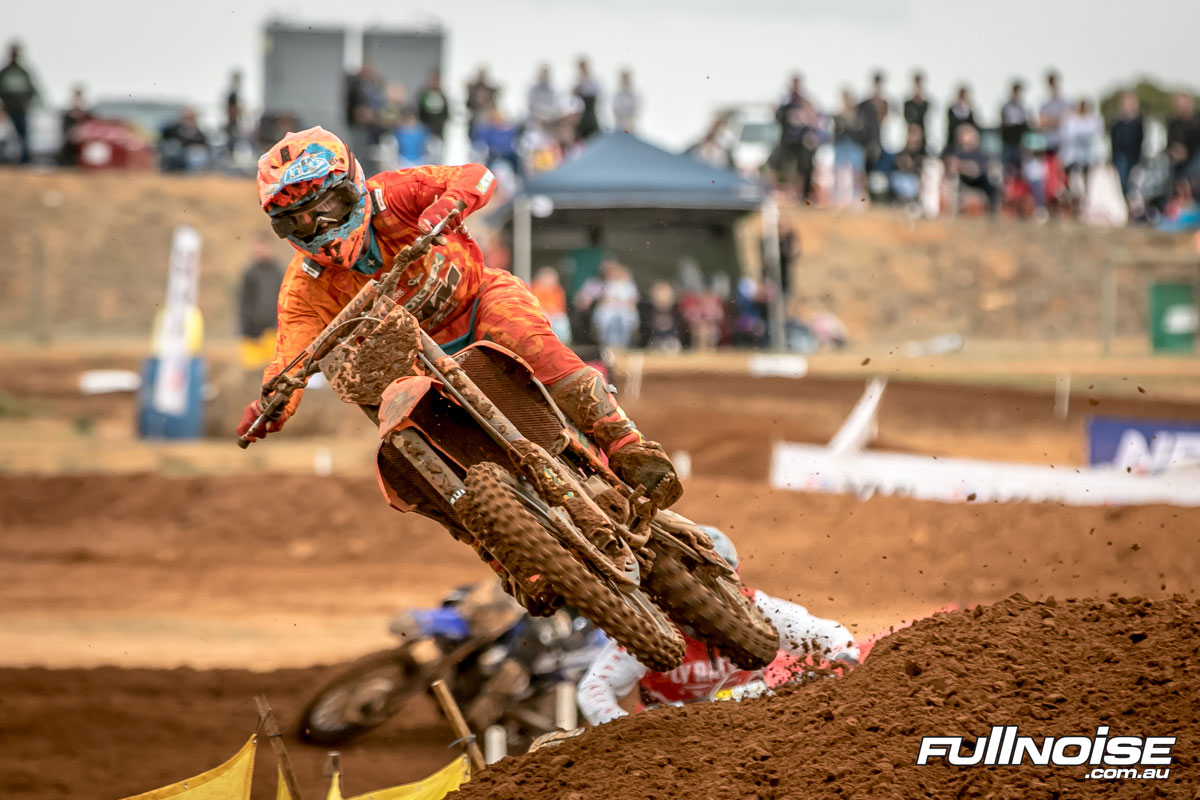 It was a strong start to the day for the The KTM Motocross Racing Team rider after securing Super Pole ahead of championship leader Dean Ferris.

In moto one Gibbs maintained pressure on the lead group and, although a goggle issue hampered his vision, it wasn‰Ûªt enough to demote the former champion, as a last lap pass granted him the final spot inside the first three aboard the KTM 450 SX-F.

In race two, Gibbs slotted into third before a little mistake relegated him to outside the top five, however he recovered with the support of a home crowd on-hand, blitzing his way back into third for second overall.

‰ÛÏI started with Super Pole today, which was good, and in the opening race I came out of the turn in fourth or fifth, made some passes and slotted into third," Gibbs explained.

"I copped a lot of roost getting there and I ended up having some goggle issues, so I was forced to pull them off," Gibbs continued. "I got nailed pretty hard after that and it was pretty much survival mode. Second moto we were third again, so while it was good to get back on the box with a pair of thirds, but it‰Ûªs frustrating because I felt like I had great speed today and wasn‰Ûªt able to capitalise on it.‰Û