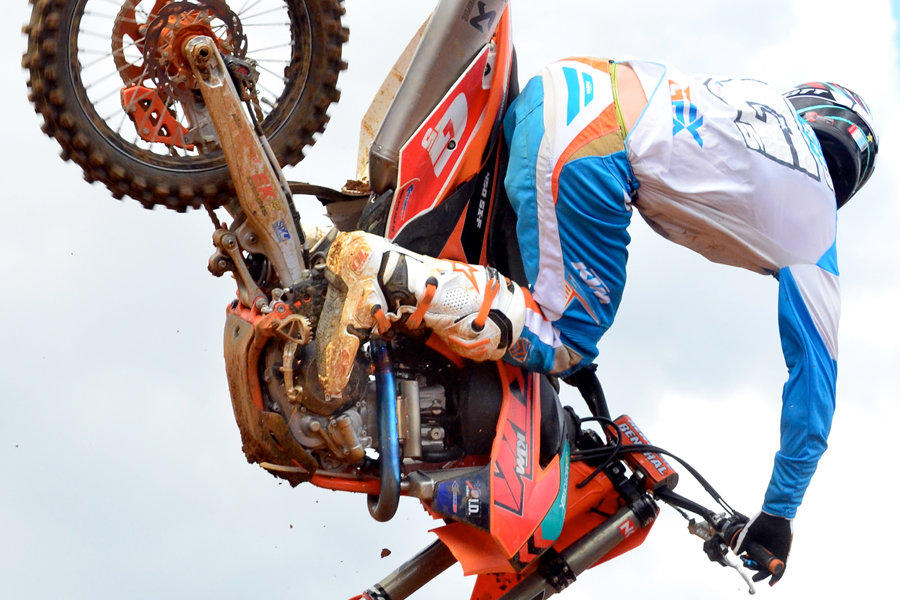 KTM Motocross Racing Team riders Kirk Gibbs and Ford Dale can take just a couple of positives out of the third round of the New Zealand motocross championship.

In a difficult day results-wise at Pukekohe, both riders nonetheless reiterated their race-leading pace, but random acts of misfortune kept both away from the podium, Gibbs with one DNF, and Dale with two including a visit to the St John's ambulance people.

New Zealand‰Ûªs Cody Cooper won the day from Brad Groombridge and Billy Mackenzie, while Gibbs fared the best of the KTM team riders in fifth overall, after an impressive second placing and a spectacular race win from the last two motos.

Earlier, Gibbs had been running second in the restarted opening moto when he fell on a jump, cartwheeling his KTM 450 SX-F into a ditch from where it took four men to extricate it!

‰ÛÏThere was a bit of carnage everywhere today I think." Gibbs reflected on his weekend in New Zealand. "Race one, me and Ford were one, two but then they red flagged it, and in the restart I was pushing hard over a table top into a gully when I tucked it on the upramp and cartwheeled the bike.

"I tried a different technique for the second start, but got wheelspin and had to fight my way back to second. I knew my speed was pretty good and I feel like I'm just inching closer every time I get on a bike so in Race 3 when Ford handed me the lead I thought that if I held my lines I could hold Cooper off.

"In the last couple of laps I hit them really good and gapped Coops which was really good for my confidence and a good note to end the day on. I'm looking forward to being fit and ready for the Nats so I can take it to everyone and show them that racing over here helps.‰Û 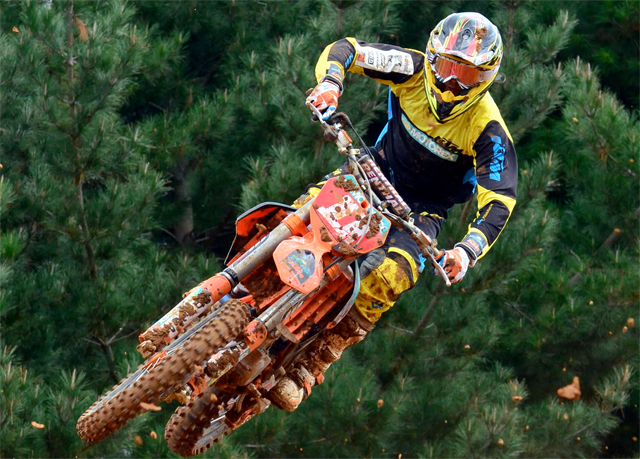 Ford Dale will be looking for a change of fortune by the time the MX - Credit: Andy McGechan
While Gibbs bounced back from some early morning bad luck, team-mate Dale's day went from bad to worse leaving him with an 8th place finish in the first moto followed by two DNF's in the remaining two races.

‰ÛÏI qualified second and felt real good, but when I went to pass Coops in the first one I made a mistake and winded myself badly." Dale explained. "In the second I hit a fallen rider and my disk got bent and I couldn't ride without the front wheel locking all the time so I had to pull out.

"In the third I had an awesome start, I'd made some changes to the bike and they were really paying off. I lead half the race, but I made a little mistake and smacked my chin into the bars pretty hard, so I decided to call it a day.

"I'm gutted with the outcome, I‰Ûªve been working really hard at home, and I had the speed to be up front but just not the luck. Hopefully we get rid of all the bad luck over here before we start nationals!

"I want to say thanks to the boys in the team, I really appreciate their support and I couldn't be happier being part of the team. Today's results didn't show it, but I feel like I'm riding better than I ever have.‰Û