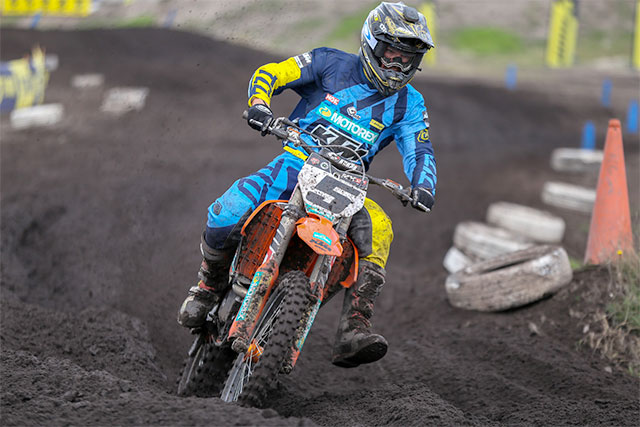 With the first round of this year‰Ûªs Motul MX Nationals now in the history books, the KTM MX1 riders, led by former champion Kirk Gibbs have proved they‰Ûªre firmly in the game at Wonthaggi in Victoria.

Gibbs earlier qualified second fastest and took fifth in SuperPole, the current Vice Champion then powering to 4,3 results on the day.

‰ÛÏWe‰Ûªre in an alright position, I was pretty happy with the day," Gibbs reflected. "I haven‰Ûªt raced at the intensity that the front guys are running for so long, so I need to practice getting into that speed really early. The KTM 450 SX-F was handling really well today, the boys did a great job.

"There are those days where you don‰Ûªt quite feel 100% so you don‰Ûªt quite push 100%," Gibbs continued, "I got a little flustered in the first moto. I had good speed and was catching those front boys, but I just wasn‰Ûªt good enough to make a pass. I‰Ûªve just got to iron out a few little problems and then I think everything will be right on track.‰Û 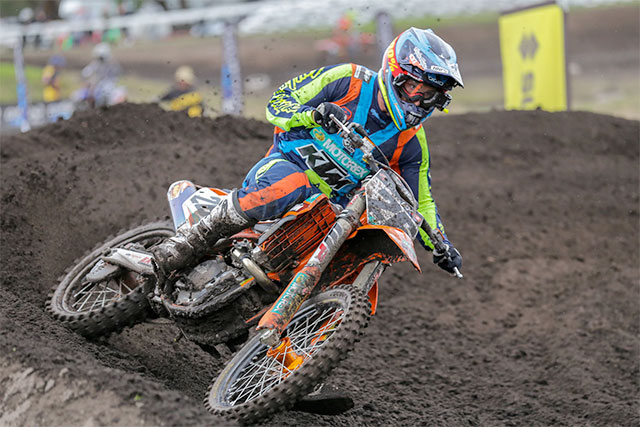 Luke Styke had his first race back at the top end of the sport after a year long battle with injury. Credit: MXN Images
Team mate Luke Styke kicked off solidly with second in SuperPole, and worked his way back from a terrible Moto 1 start to be seventh there, before lodging fourth in the second Moto. The Queensland-based rider from Jervis Bay roved he‰Ûªs headed back towards full speed after a 2016 season spent on the sidelines.

‰ÛÏGot into SuperPole and came second which was a PB ‰ÛÒ it was good to grab two points for that," Styke said. "First moto I started outside the top-20 and made it hard for myself, then just got the shovel out, had a good dig and got back to seventh. I put a lot of energy into that race but the second moto I fixed the problem and got a top-three start, then clawed it back a bit and got fourth, for fourth overall on the day. It‰Ûªs a good building point and I think we can offer a lot more. I‰Ûªll go back home for a couple of weeks and do the grind, and come back to Appin full swing.‰Û