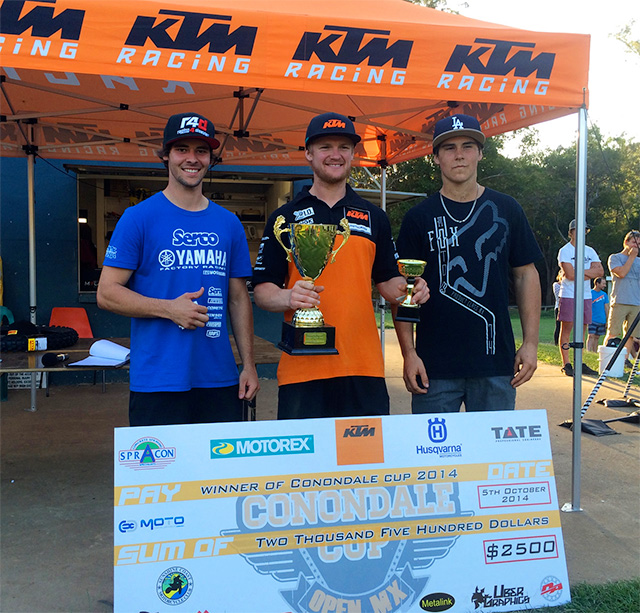 KTM Motocross Racing Team rider Kirk Gibbs will enter next weekend's Australian Supercross championship opener at Bathurst with a fresh win under his belt, after dominating the inaugural KTM Conondale Cup at Green Park over the weekend.

The Australian motocross Vice Champion was unstoppable on the day, winning all three Cup motos as well as the rich $2500 feature race.

"I didn't expect to be racing motocross with the supercross season just around the corner but there's plenty of tracks disappearing and it would definitely be a shame to see this one go because obviously it's such a great venue - so we made it happen," Gibbs said.

"It was a great day, and the track was great with a couple of good riders so it was a good day out. Someone had to take the prizemoney so I‰Ûªm glad it was me! There is a perpetual trophy that is going to sit at Conondale Club now, and they‰Ûªre going to try and run it for the next 10 years, so my name went on that, and it would be good to hopefully when it a few more times.‰Û