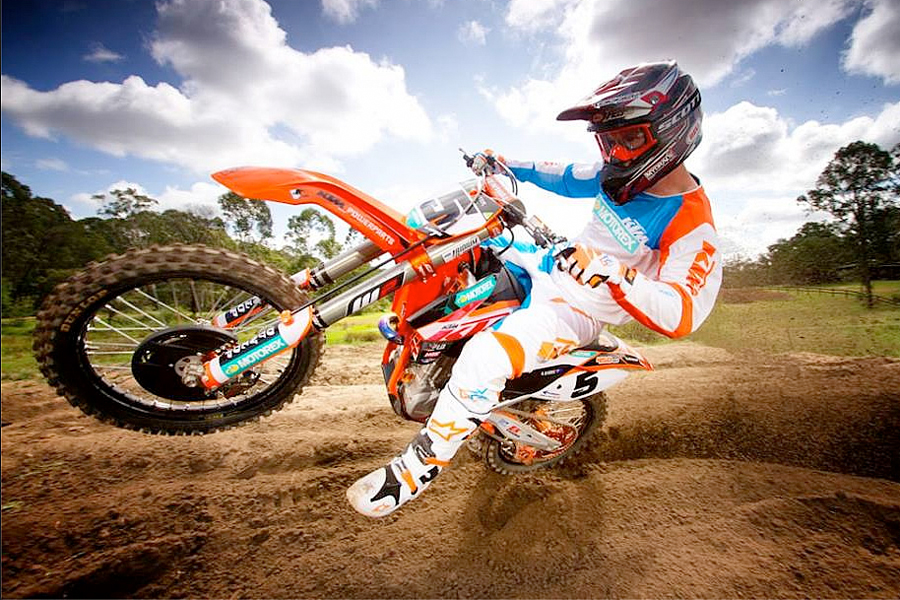 KTM Motocross Racing Team rider Kirk Gibbs has confirmed that he will face the starter for this weekend's first round of the Monster Energy MX Nationals at Broadford, Victoria.

Gibbs chipped the knuckle of his right pinky finger after qualifying fastest for the final round of the New Zealand motocross Championships at Taupo last Saturday.

The Queensland-based national number five immediately withdrew from last weekend's round, and x-rays confirmed the fracture, however a week of rest has seen the swelling subside, and the South Australian is now certain that he will not miss Round One.

The news comes as a big relief for KTM fans, after team rider Ford Dale was ruled out of the opening rounds just a week earlier, having broken his arm in a practice accident.

‰ÛÏIt's been a pretty relaxing week for me not doing too much, some off the bike training but other than that just trying to rest my hand." Gibbs explained. "I got another set of x-rays done when I got back from New Zealand, and I spoke to the doc about it.

"There is a fracture their like we thought, but it doesn't look too bad or feel too bad and the doctor understands what position I'm in so he doesn't really have a problem with it and RaceSafe can't see why I shouldn't race. It'll just be the matter of dealing with a little bit of pain that I'm going to get.

Obviously I still want to do well, I felt like I was in really good shape on the bike and I hope this doesn't put a damper on things too much. I'll just keep an open mind and keep going in there like I always do, to ride my best and be at the pointy end.‰Û 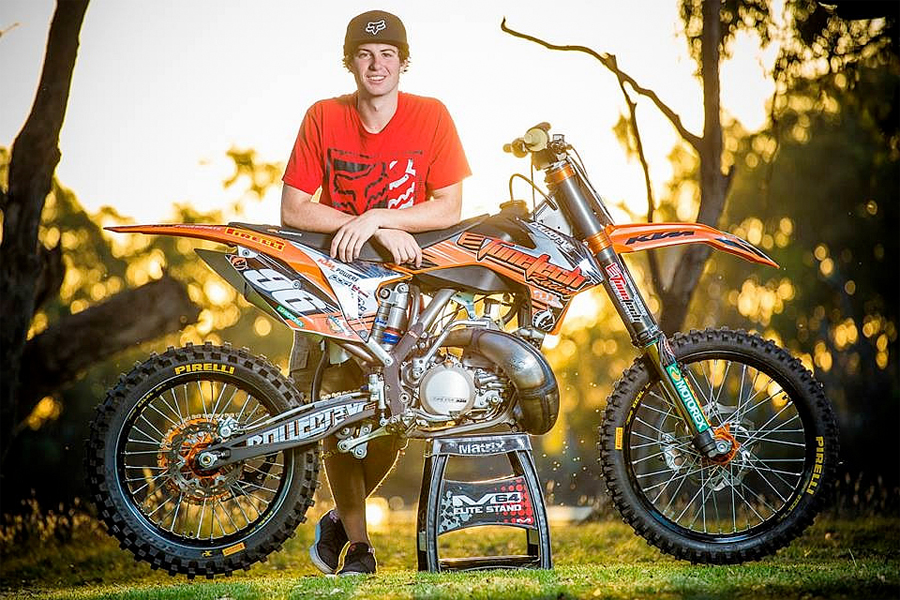 Kale Makeham will be one of a multi-pronged MX2 assault for the orange riders, the 2013 runner-up hopeful of going one better than last time.
In the MX2 class, KTM factory supported riders are among the favourites vying for glory in arguably the most competitive of championship classes.

Last year's MX two runner-up Kale Makeham will be back with KTM to try to go one better, again with the support of Tune Tech Racing. He and come back hero Brenden Harrison (Instant Security/Twe12e Clothing KTM) will both campaign the meat-eating two-stroke KTM 250 SX machines.

They'll be joined by Dylan Long (KTM 250 SX-F), riding for the BBS Motorsports KTM, as well as New Zealander Hamish Dobson, fresh from his runner-up finish in the New Zealand MX2 Championships a week ago.

In the MXD category, Jack Simpson will chase championship glory on a KTM 250 SX under the Bolton‰Ûªs KTM Kyeton banner.

West Australians Louis Calvin (MX1) and injured Dean Porter (MX2) will both be absent from the opening rounds.

Top Image: Gibbsy will race. Broken hand or not, the national #5 (above) will front the starter.