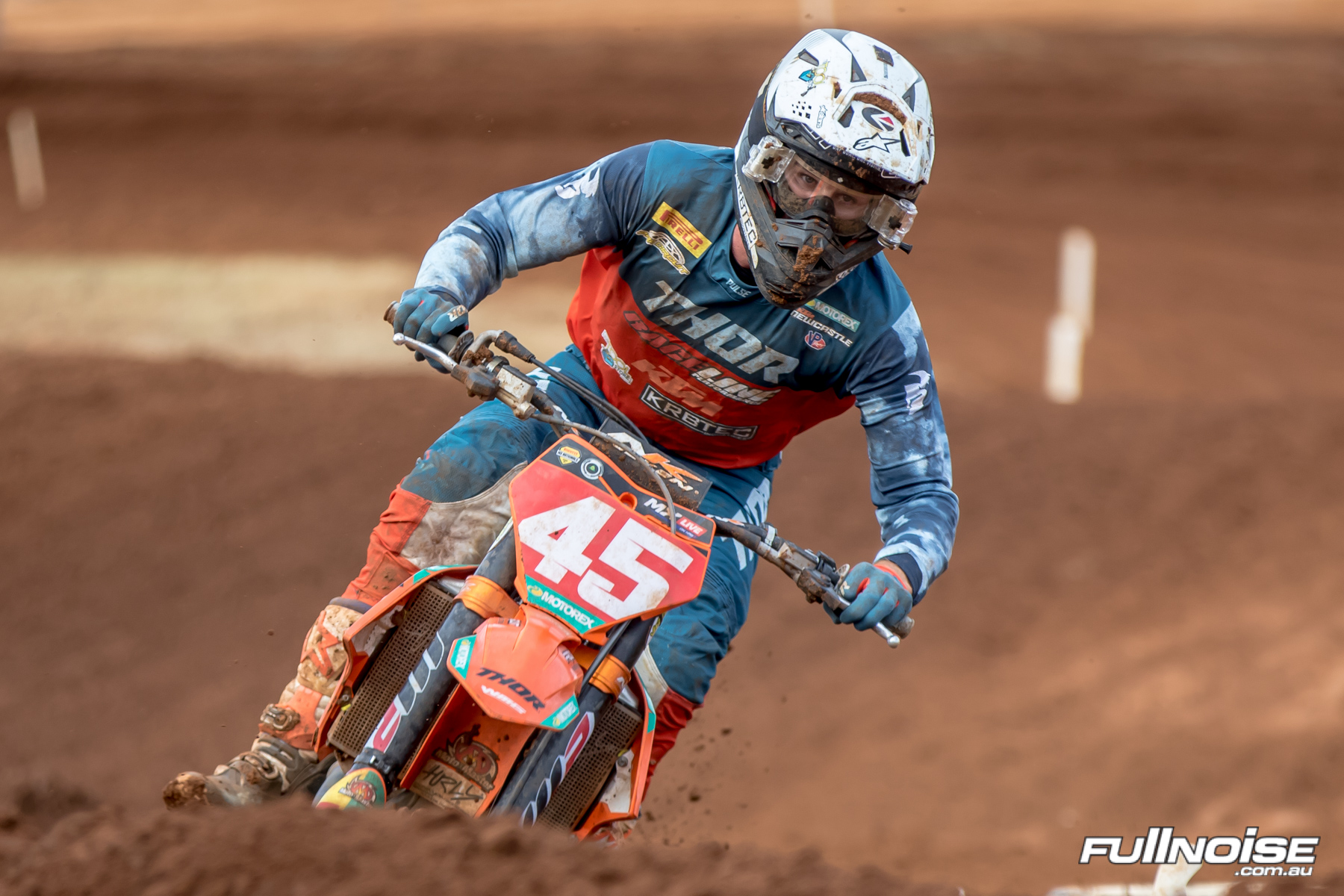 The biggest cash prize in Australian motocross is up for grabs, and many of Australia's best motocross racers have already earned their way into the King of MX final in Nowra However, it's not just the money that's drawing riders to the event, but also the chance to become the NSW State Motocross Champion.

The reigning King of MX - Luke Clout is looking to take home the both the King of MX Crown and the MX1 - A Grade NSW State Title he missed out on in 2018.

For Raceline KTM's Hayden Mellross, the King of MX is more than just a chance for $10,000:

"After signing with Raceline KTM Thor, the King of MX qualifier was a race that the team and I had planned on doing as our first outing together." Mellross commented.

"Appin is as close as a home track gets for me and it set the standard for what I was going to be up against in the MX Nationals. I'm motivated to become the NSW MX1 State Champion and it'll be a bonus if I can become the King of MX too! Can‰Ûªt wait for the King of MX finals."

With names like Clout, Mellross, Tanti, Wilson, Bopping, Webster, Pruiti, Purvis, Evans, Wightman, Pozniak, Duffy, Dukes and more all having qualified already, there's only one chance left on the calendar ‰ÛÒ in Maitland ‰ÛÒ before the best racers in the state battle it out in the final in Nowra.

"It's great to see so many racers entering our state titles, not just from within NSW, but from all over the country." MNSW CEO Dave Cooke said. "The King of MX has become the largest motocross event in the country, catering to juniors through to seniors across varying abilities.

"We've worked with just a few of the fantastic clubs in the state who have really jumped on board and invested their time, money and enthusiasm into the initiative. We're seeing some fantastic racing, while returning some prestige to the NSW State Motocross Championship."

The sixth qualifier in Maitland offers entrants the final seven Golden Tickets in each championship class, so be sure to enter before the final cut-off of midnight on May 15.

With well over 600 entrants expected, you never know who you'll be pitted next to at the King of MX!