Key test for LCR Honda and Cal Crutchlow at Jerez 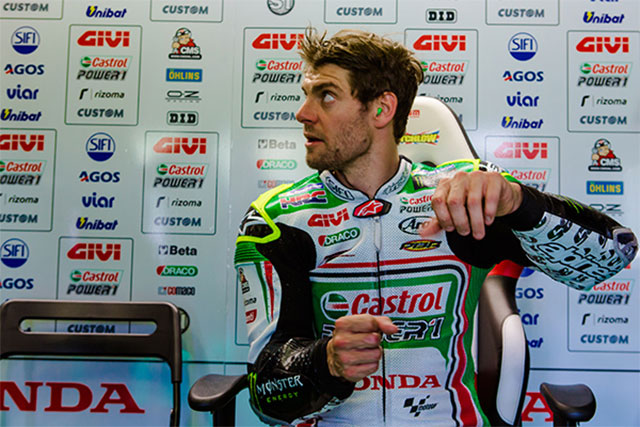 After having picked up the first points of the 2016 season in Sunday‰Ûªs Spanish Grand Prix, it was back to work for the LCR Honda Team and their British rider Cal Crutchlow, with a one-day official test session at the same Jerez circuit used in the race.

Crutchlow had a busy day out on track, testing a variety of new components aiming to improve the feeling with his factory Honda RC213V (which has been exceptionally branded with Castrol logo and colours for promotional activities and dedicated filming), as well as provide crucial feedback to the Japanese manufacturer.

The 30 year-old worked with an updated traction control software and a new fairing package from Honda, which included a radical new triple-winglet design, as well as a new front tyre compound from suppliers Michelin, which he liked.

With uninterrupted sun throughout the day, the Brit completed 82 laps of the Spanish venue, with a best lap of 1‰Ûª39.812 set on the harder rear tyre and proving quicker than his qualifying time from Saturday. 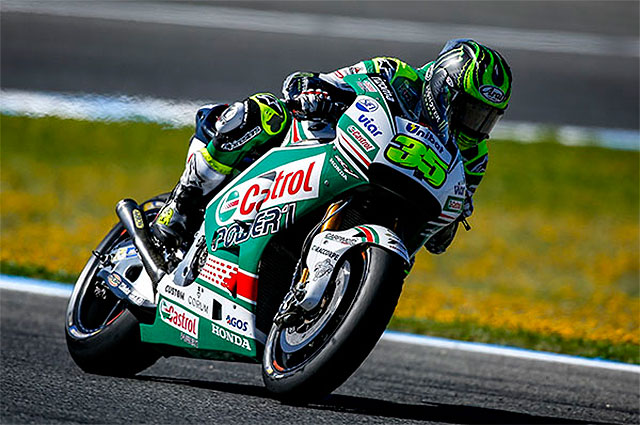 The LCR Honda looked the goods in Castrol Livery for the day
‰ÛÏI rode the bike all day today because we had lots of things to do, and honestly speaking we had a good day and a good test," Crutchlow said.

"We had to get through a lot of things, and did some very competitive lap times. I did my fastest lap, and most of the other quick ones, with the hard tyre. I did use the soft, but it was when I was trying the new Michelin front tyre so wasn‰Ûªt pushing so hard at that point. They have done a good job and it was a positive outcome with the new front. They perhaps don‰Ûªt suit our bike so much, but they definitely made a step forward in one area.‰Û 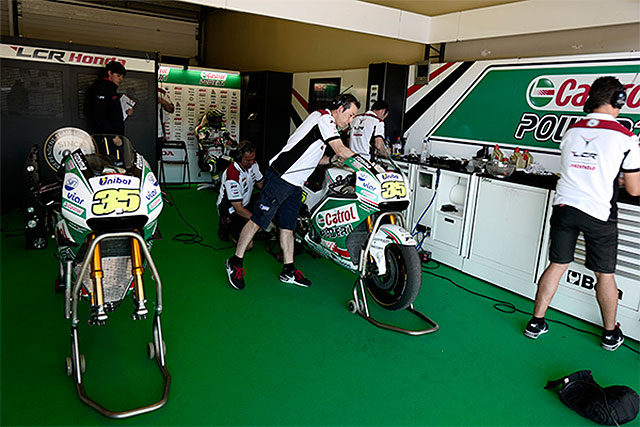