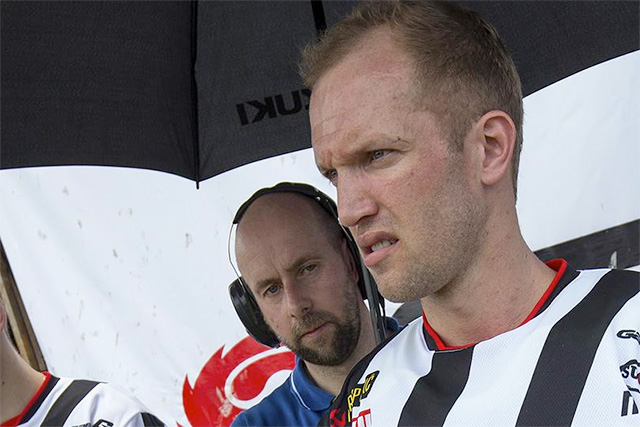 Kevin Strijbos has signed an agreement with the Standing Construct KTM team for the 2018 season to contest the MXGP World Championship.

The Belgian rider had a difficult 2017 season due to some injuries but he has ended the season on a high and has proven in the last few GP‰Ûªs that he can still be a top five contender.

After a total of almost 7 years with the Factory Suzuki team, the 32-year-old aims to conquer the MXGP World Championship in 2018 on a bike of the factory supported Belgian KTM team.

"I am really happy to sign a deal to ride for Standing Construct KTM. The team has proven in the past, when they were a GP winning team in MX2, to be very professional and well organized as well as having the know-how and the infrastructure to be competitive on the highest level," Strijbos said.

"I had some good offers from other teams but having the guarantee with the Standing Construct KTM team that I will be in a team that gives me together with their factory support all the needs to perform at the highest level made me quickly decide to sign with them. I would like to thank Sylvain Geboers for all the things he did for me, he was the one who brought me into the world of top motocross many years ago and who kept believing in me al these years."

Standing Construct KTM's Tim Mathys added, "Kevin has proven throughout his career that he is a great rider and that he‰Ûªs more than capable of getting great results when he feels comfortable on the bike and in the team. He is one of the more experienced riders of the MXGP paddock with still a lot of ambition and we are convinced that we can give him the material and surroundings that he needs to satisfy him. When the news was spread that we would make a comeback in the MXGP paddock I was contacted by a lot of riders but Kevin gave me the most motivated and ‰ÛÏhungry‰Û