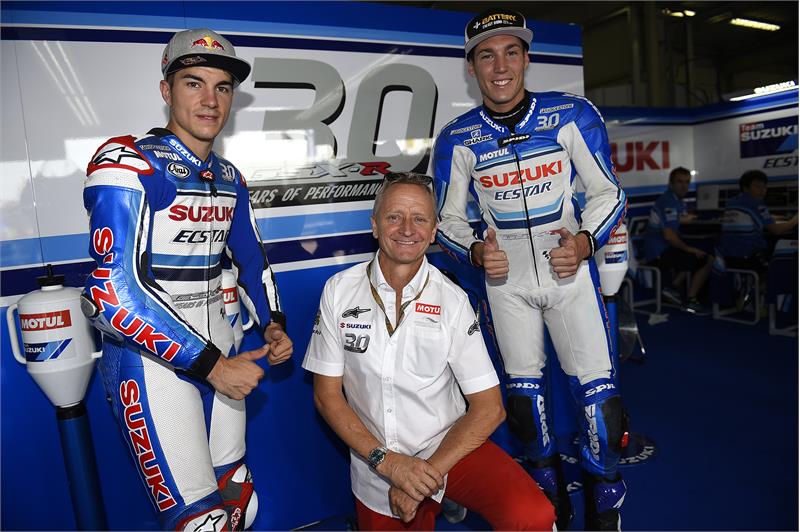 Suzuki‰Ûªs 1993 World 500cc GP Champion Kevin Schwantz has been named as Grand Marshal for the 2015 Superprestigio of the Americas event at Orleans Arena in Las Vegas, USA on November 21st.

Schwantz will be on hand to meet with fans and sign autographs and is also scheduled to take a few hot laps of honour around the indoor short track.

The Flat Track race, which will also feature Yoshimura Suzuki‰Ûªs superbike rider Roger Hayden, will bring together motorcycle racers from different disciplines to race on the same track that will host the 2015 AMA Pro Flat Track Final the night before in this exciting season-ending doubleheader.

The Friday and Saturday night races will be the centerpiece of a full weekend of exiting activities, including the 2015 AMA Pro Flat Track Awards Banquet scheduled for Sunday, November 22nd at the Cosmopolitan of Las Vegas.

‰ÛÏI‰Ûªm honoured to be asked to be a part of the Superprestigio of the Americas." Schwantz said. "I‰Ûªve always been a flat track fan and even had the opportunity to do a little flat track racing in my career.

"I can tell you these riders are some of the most talented motorcycle racers in the world and it‰Ûªs great to bring together all these riders from different areas of motorcycling to compete together in this exciting and unique event.‰Û