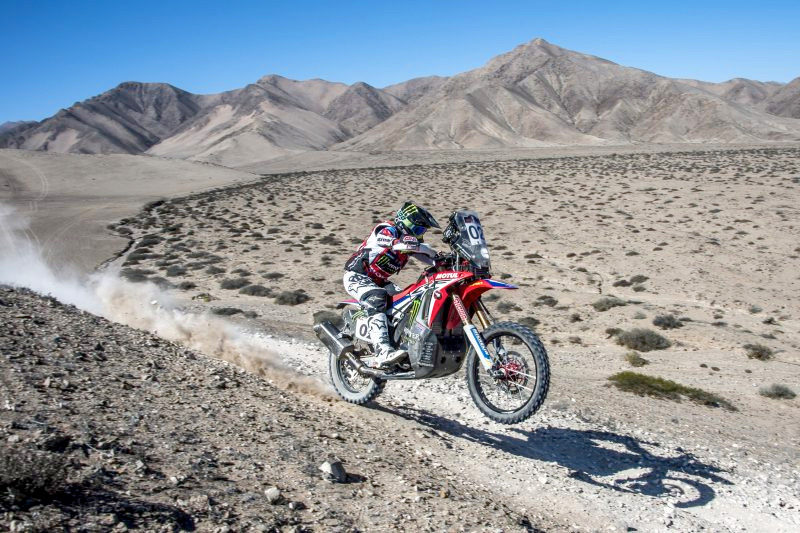 This second stage, the longest of the Atacama Rally, with a total of 440.88 kilometres ‰ÛÒ including 375.91 against the clock ‰ÛÒ had the start of the special stage delayed due to the usual appearance of the ‰Û÷camanchaca‰Ûª, a dense local fog that kept the security helicopter, which guarantees race safety, firmly grounded. Once the action got underway, it did so over 73 kilometres less than had previously been scheduled, reducing the special to a total of 303 kilometres.

Benavides set a cracking pace on a battle ground of mostly track, but with some off-piste where he was able to really put the Honda CRF450 RALLY through its paces. By the end of the 303 kilometres, the Monster Energy Honda Team rider had opened a one minute margin over second placed Sam Sunderland and third placed Toby Price. As a result Benavides now lies 1‰Ûª53‰Û 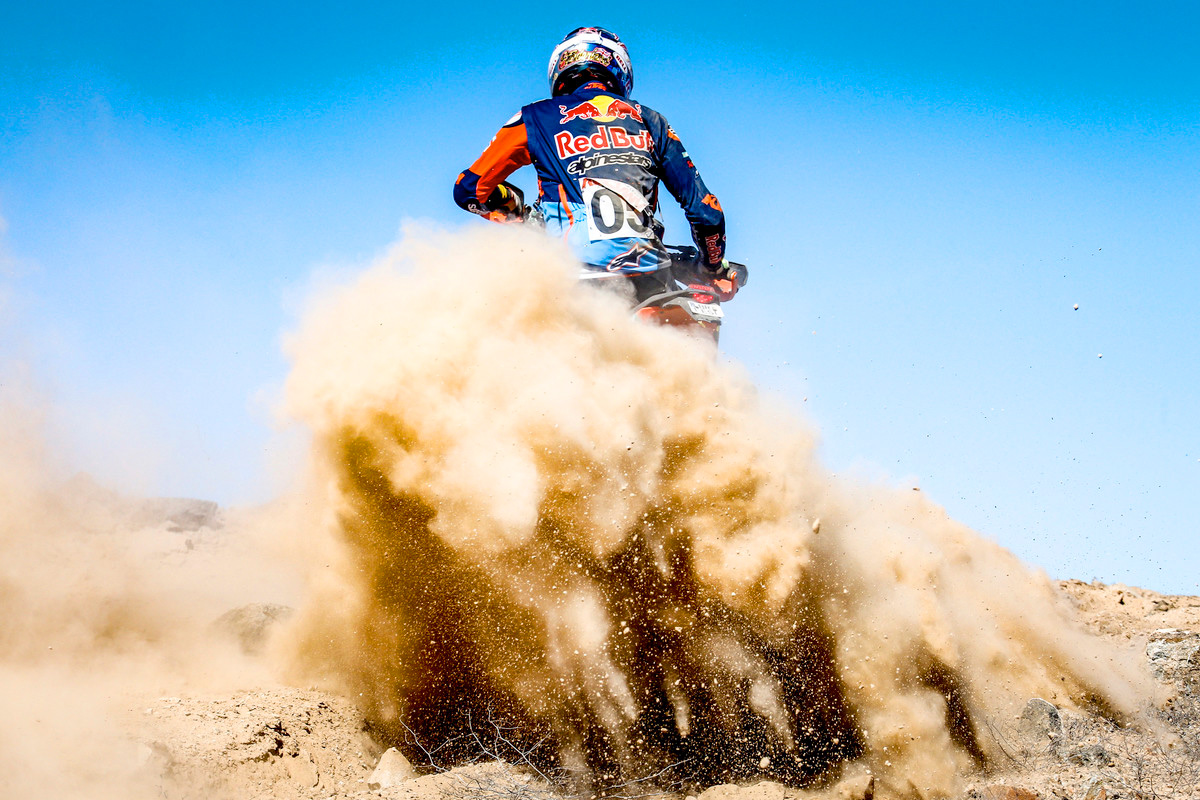 Sam Sunderland bounced back after an average start to finish stage two in second place. Photo: Rally Zone
Following a challenging first full day‰Ûªs racing, Sam Sunderland was the 12th rider away from the start of stage two. Pushing hard to catch his rivals ahead, Sunderland rode a superb 375.91km timed special. Despite a minor fall, the Brit‰Ûªs total time of just over three hours and 45 minutes was enough to place second fastest, just over a minute behind Benavides. The result elevates Sunderland to eighth place in the provisional overall standings with three days left to race.

‰ÛÏI am pleased with today, I started a little way behind because of my stage one result but tried to push right from the beginning," Sunderland said. "I caught up to a guy in front and unfortunately had a small crash when riding in the dust lifted by his bike. Despite bending my bars a little, I was able to maintain a good pace and finish second. The stage was tricky today, there were a lot of dangers on the route and some difficult terrain. I feel like I am starting to get into my rhythm now and hopefully can keep my speed going for the rest of the rally.‰Û 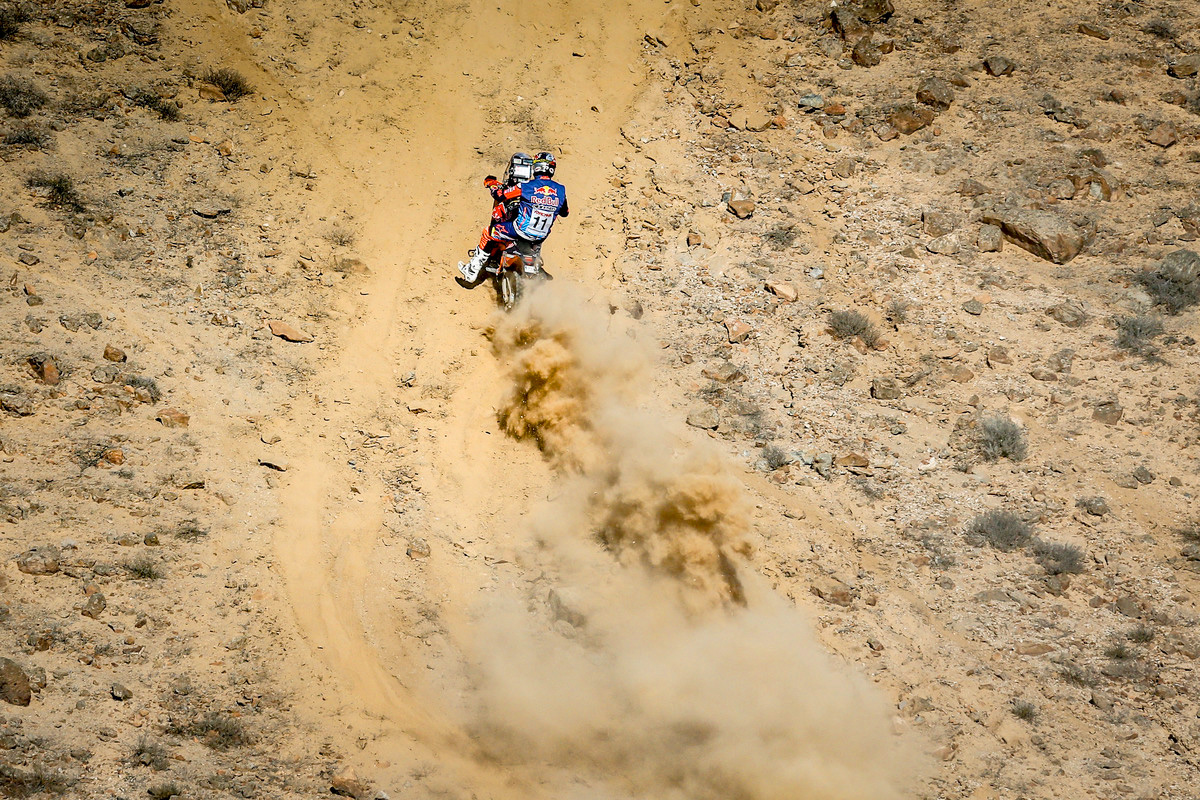 It has been a Rally of thirds so far for Aussie Toby Price. Third on day one and two and third overall. Photo: Rally Zone
Toby Price continues to impress. Riding an intelligent stage two, Price posted the third fastest time on the long stage. Successfully defending his third place overall, the Australian now aims to push once again on Thursday‰Ûªs stage three.

‰ÛÏIt was a good day, I enjoyed riding the stage," Price said. "Navigation was tricky but I just used my experience and concentrated on keeping to the correct route. I'm happy to get the longest stage of the rally done and I'm looking forward to tomorrow." 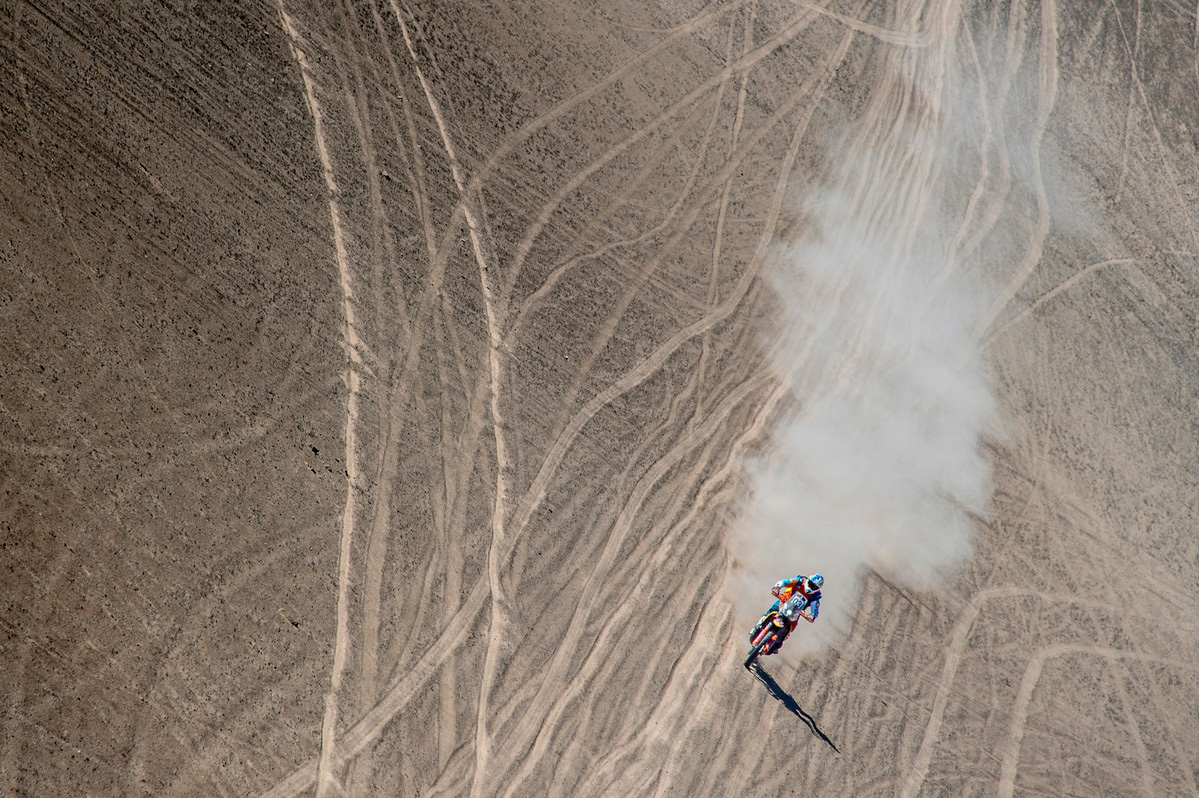 Reigning Dakar Rally Champion Matthias Walkner came home in fourth. Photo: Rally Zone
Reigning Dakar Rally Champion Matthias Walkner also maintained his consistent run of form, placing fourth fastest after close to four hours of riding. The Austrian is happy with his pace and is hoping to carry his momentum into tomorrow‰Ûªs stage and the halfway point of the event.

‰ÛÏThat was a really fast stage today. It started off quite tricky with some rocky sections and fesh-fesh then opened out in the second half to be really quick," Walkner said. "I enjoyed the day despite it being so long ‰ÛÒ the desert has some really beautiful areas and it was great fun to ride through. I knew it would be tough to make up any time today so I tried to stay at a fast but steady pace and get a good start position for tomorrow.‰Û 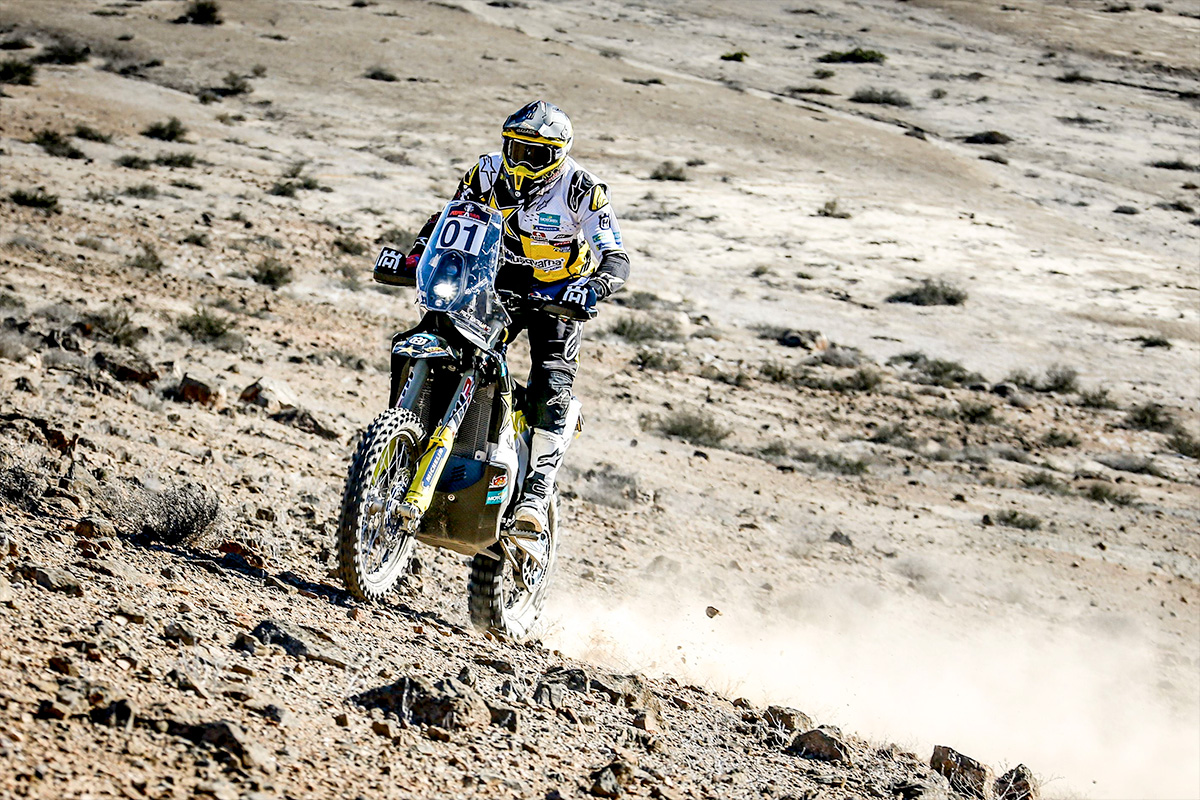 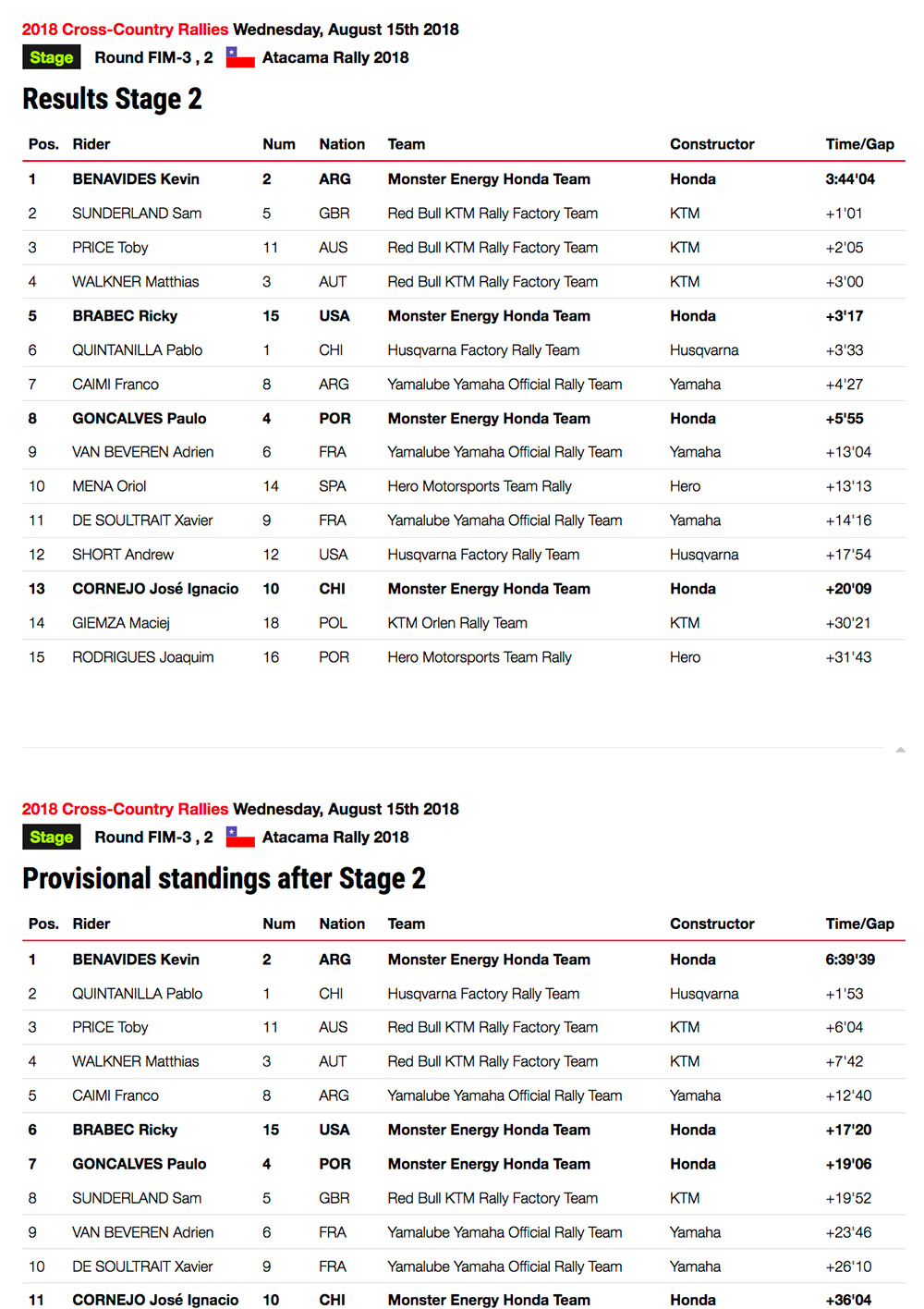