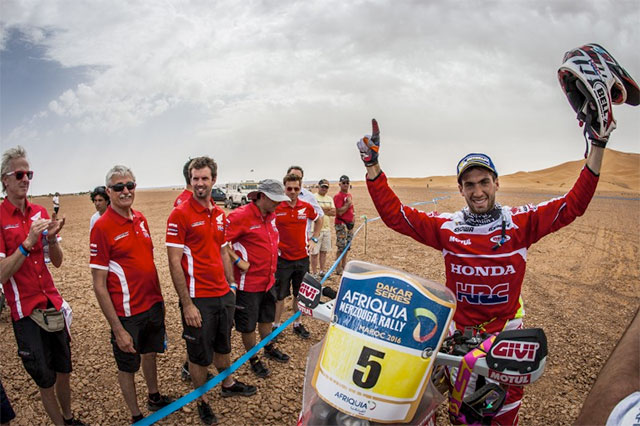 Team HRC‰Ûªs Argentinean rider Kevin Benavides has sealed overall victory in the Afriquia Merzouga Rally, which closed today in the dunes of Merzouga.

Benavides kept the field in check after the motocross-style start, crossing the finishing-line in second place. Brabec posted sixth on the day as well as sixth in the general rankings.

It was the first race as part of the official HRC team and a first win too. The budding young Argentinean shone throughout the whole week and stormed to an overall triumph in the Afriquia Merzouga Rally. The back of the victory had been broken in the dunes of Morocco‰Ûªs Erg Chebbi.

Benavides had placed himself in a virtually unbeatable position yesterday ahead of today‰Ûªs final stage which got underway with a motocross-like start in the Lago Yasmina Erg Chebbi area. The wins in stages three and four consolidated the Argentine‰Ûªs domination of the event and paved the way for today‰Ûªs celebrations in the Team HRC camp.

"I‰Ûªm really super-happy about my first race for Team HRC and to win has been something fantastic," an elated Benavides said, "I think that I had a great rally in spite of having a minor problem with the roadbook on the first day and the five-minute penalty that I picked up on the second. But the third day was a spectacular one and yesterday was the decisive stage.

"I was happy because I opened up a gap which allowed me to set off today in a more conservative way, with a good pace, but without going mad. I‰Ûªm really pleased to have brought the team victory. I‰Ûªm very happy to have started with a win and for the great team-work with Ricky. Also, it‰Ûªs great to give Roberto Boasso his first win, because we both began with Team HRC at the same time. I shouldn‰Ûªt forget about my mechanic GermÌÁn Olivares either, who looked after the bike or Martino Bianchi and Mariano Casaroli from Honda Argentina. Many thanks to all of you," he concluded. 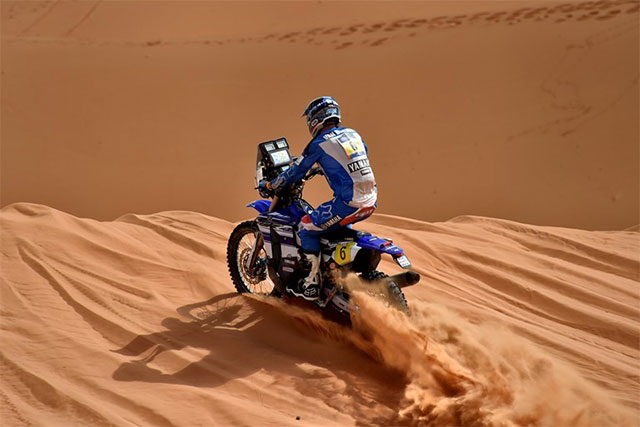 Yamaha's Adrien van Beveren finished third
This is the second time Team HRC have clinched the Merzouga Rally title. In 2013 it was Briton Sam Sunderland who took the Honda CRF450 RALLY to the top step of the rostrum.

‰ÛÏI lost my race yesterday due to a mistake of navigation," Svitko lamented. "I lost 6 minutes and today I couldn‰Ûªt close the gap as it was a stage 100 per cent of dunes. It‰Ûªs a pity, but races are like this‰Û 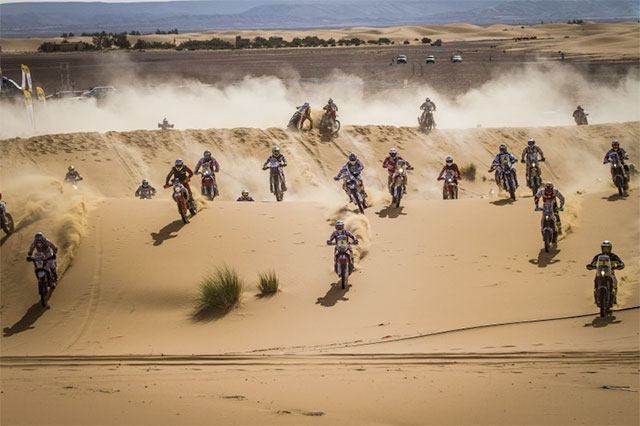