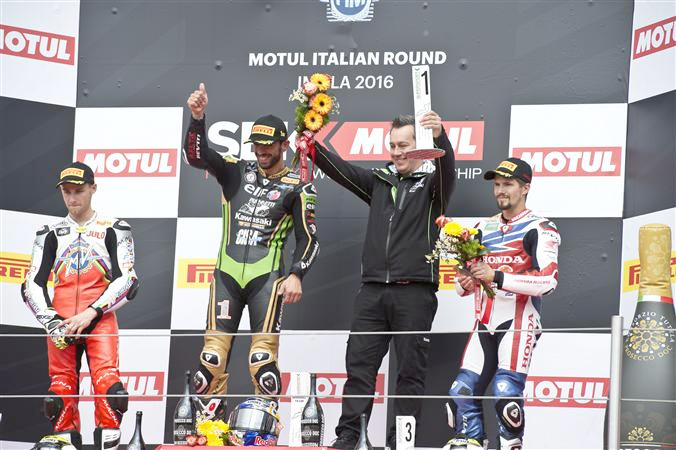 Kawasaki Puccetti Racing‰Ûªs Kenan Sofuoglu took his second race win of the 2016 season with a start-to-finish domination of a shortened 11-lap race at the classic circuit of Imola - his team‰Ûªs home round.

Another dramatic day in the history of WorldSSP racing unfolded at Imola after heavy overnight rain. A dry contest began at a high pace but after a leak of water from Krummenacher‰Ûªs machine, and then another rider‰Ûªs machine falling and being left in a dangerous position, the red flag was hung out to stop the race.

With Krummenacher not allowed to make the restart Sofuoglu was the lone Kawasaki Puccetti Racing rider and he rode a near faultless race to score a clear win, by 1.429 seconds from Jules Cluzel.

Sofuoglu had missed the Superpole win on Saturday by a small margin but had been on strong form since the first day of action at one of his favourite circuits. He has won three of the last four Imola races and has now grown his class leading total of WorldSSP career race wins to 34.

‰ÛÏI really believe we deserve this result." Sofuoglu said. "It was a very, very good weekend for us as we were always fastest, even in the wet.

"Only in Superpole was I not the fastest but I was just one lap late with my final push. We did a good job today at the home race for the team in Italy.

"I love Imola and I cannot say more because I am leading the championship again. We lost 25 points in Australia because of bad luck but this can happen in racing.

"Anyway we are back in the championship lead and I am very happy with today‰Ûªs result.‰Û 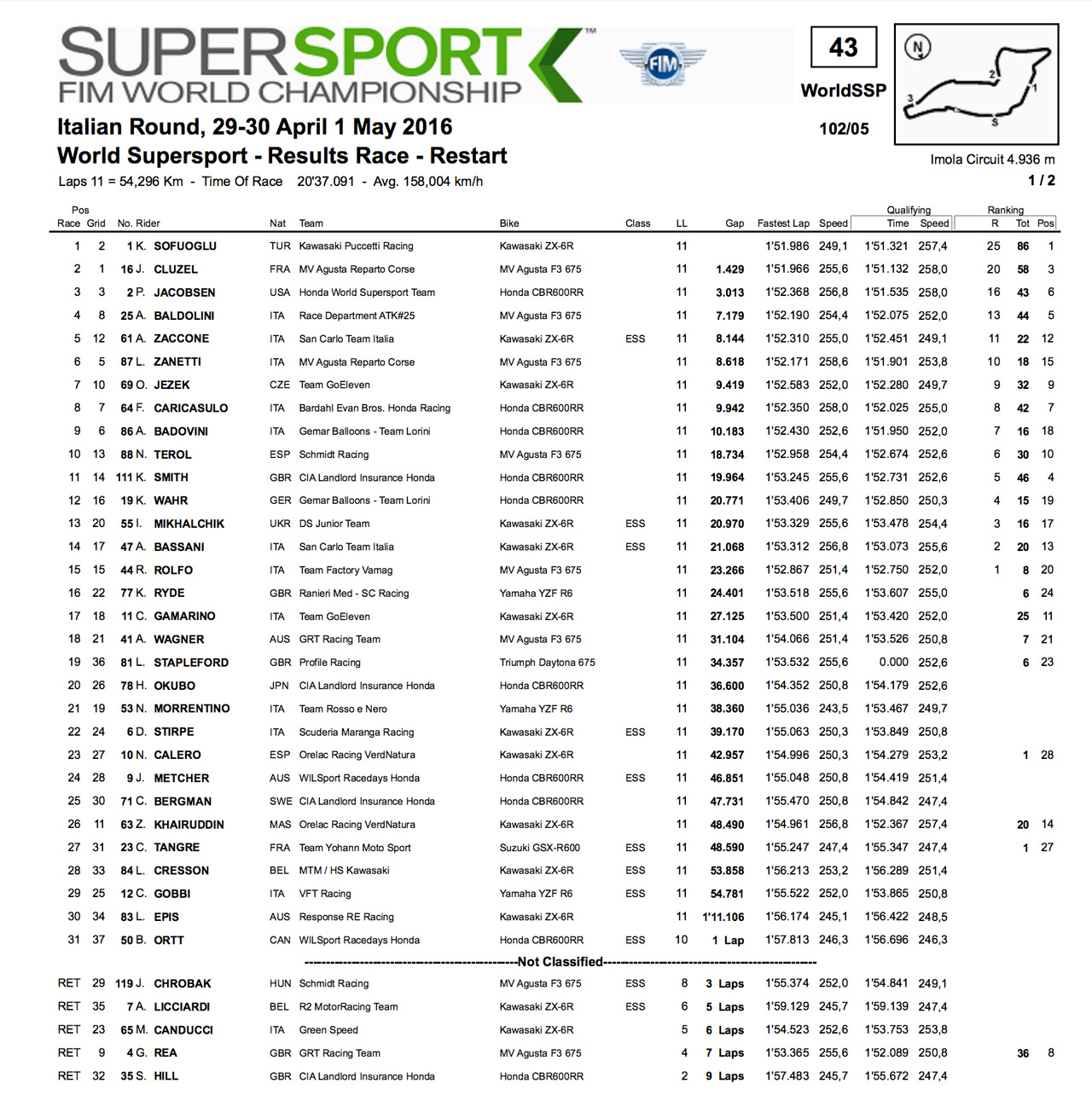 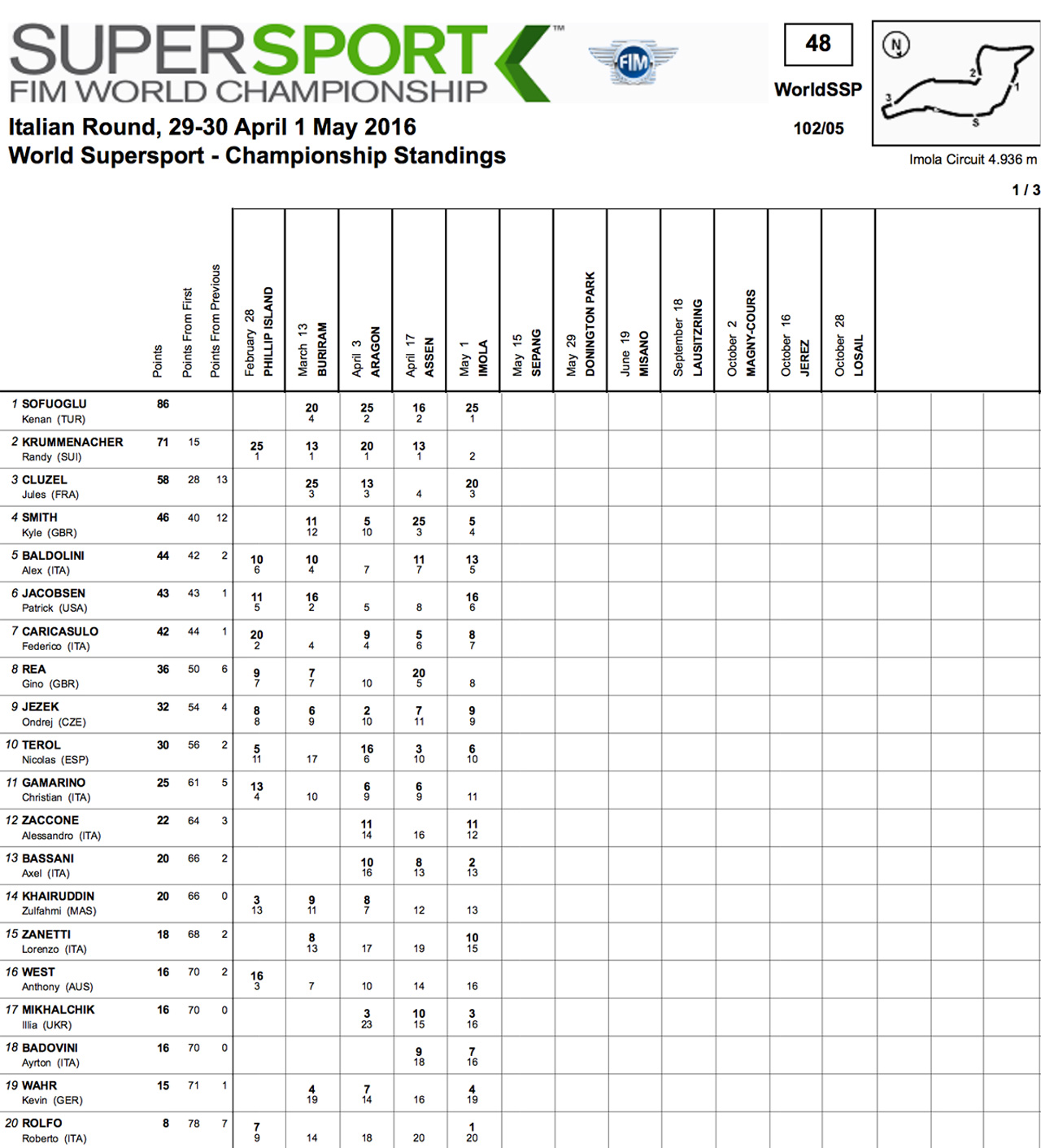