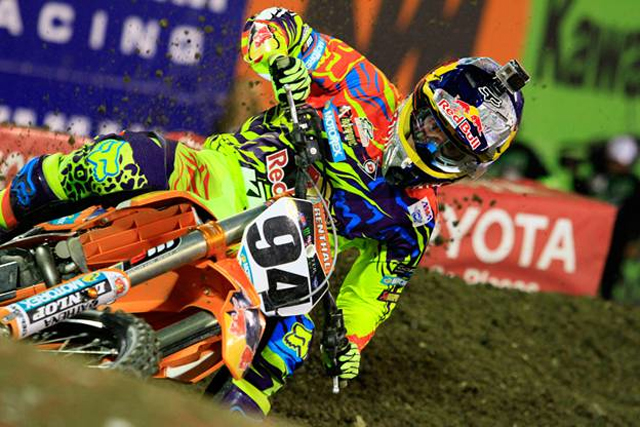 In front of 45,050 fans inside a sold-out Angel Stadium, rookie Ken Roczen won the opening race of Monster Energy AMA Supercross, an FIM World Championship, aboard his Red Bull KTM.

On Lap 12, Stewart passed Reed for second place and chipped away at Roczen‰Ûªs lead, ultimately closing in on his rear wheel. While attempting to get alongside Roczen in the whoops, Stewart suffered a race-ending crash. On Lap 16, Dungey secured second place as he passed Reed. 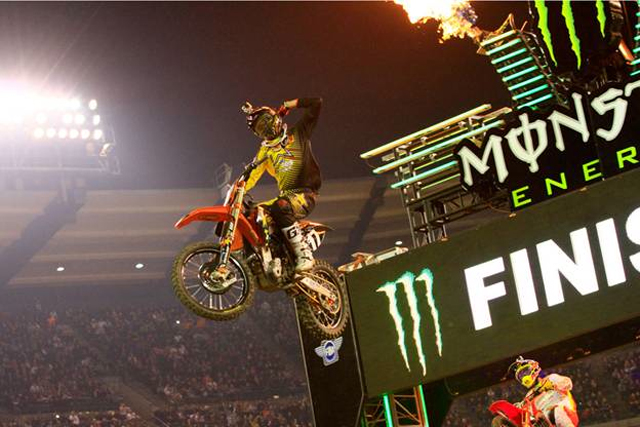 Anderson grabbed the Nuclear Cowboyz Holeshot Award and held down the lead in the 250SX Class Main Event until Lap 4 when Troy Lee Designs/Lucas Oil Honda‰Ûªs Cole Seely moved into the lead. On the same lap, Monster Energy/Pro Circuit/Kawasaki‰Ûªs Dean Wilson moved into the third spot.

Wilson and GEICO Honda‰Ûªs Zach Osborne traded places near the halfway point of the race and the duel did not stop, lasting several subsequent laps. In the second-to-last turn on the last lap, Anderson passed Seely and rode to the second win of his career.