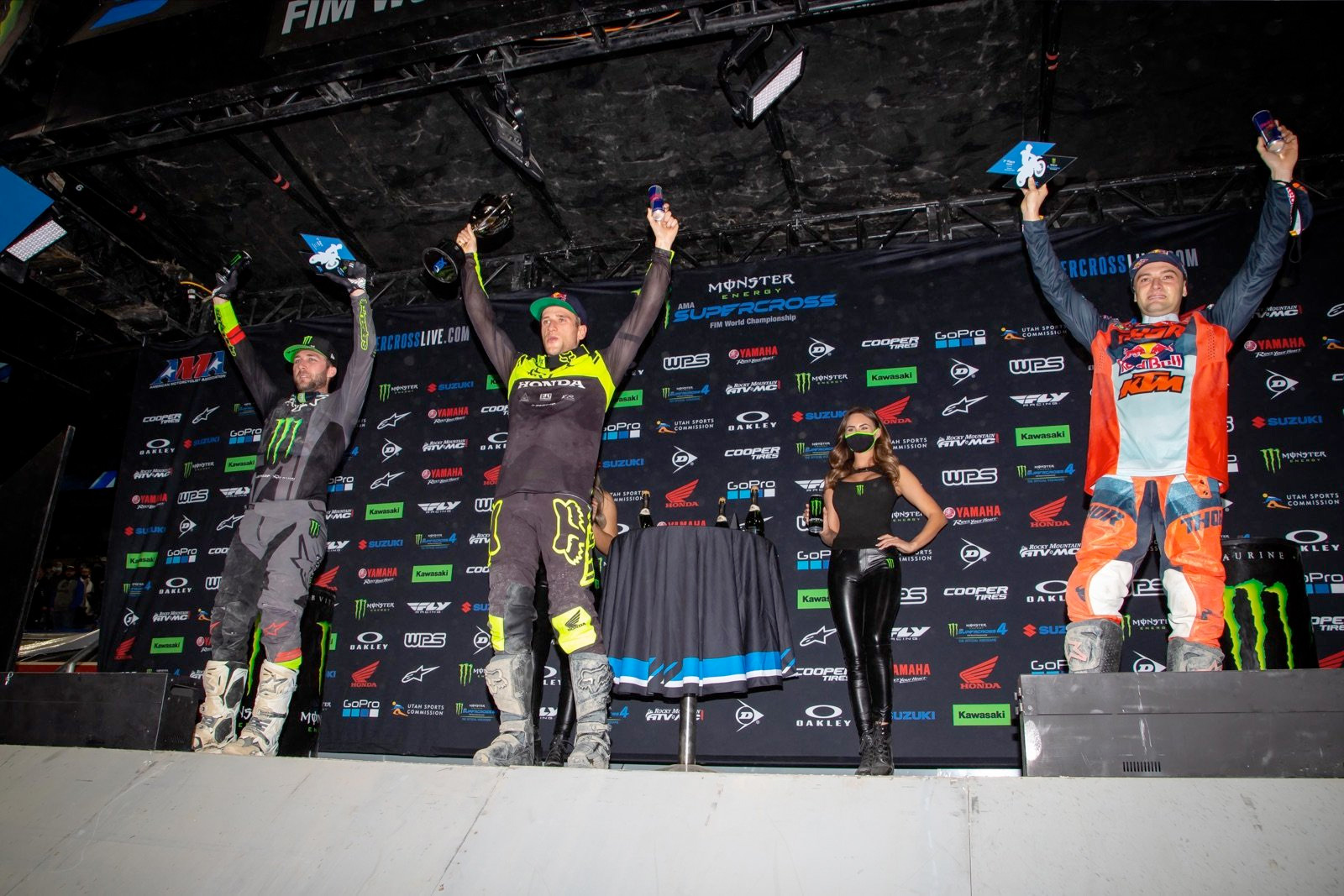 Ken Roczen came into the round with the points lead, and has now added his first race win for 2021
Triumphantly returning to the site of last year's first venue cancellation, the Monster Energy AMA Supercross, an FIM World Championship delivered a night of big thrills to the restricted-capacity in-person fans inside Lucas Oil Stadium in Indianapolis.

It was Monster Energy Kawasaki's Adam Ciancarulo and HRC Honda's Ken Roczen who both went wire to wire in their respective heat races and looked to be the riders to beat in the night's main event.

However, it was reigning champion Monster Energy Kawasaki's Eli Tomac who nabbed the holeshot when the gates dropped on the nights main event, with the two heat race winners, quickly settling into second and third positions.

Early into the race a mistake by Tomac while exiting the whoops gifted the race lead to his team-mate in Cianciarulo, with Roczen also taking advantage to move into second, with Tomac quickly recovering to hold third.

The trio then put on a show for the crowd, as they battled wheel to wheel for the opening half of the race, before Roczen finally made the decisive move around Ciancarulo, with Tomac following him straight through.

Roczen and Tomac quickly checked out, as Cianciarulo slowly came under pressure from the charging field including Red Bull KTM's Cooper Webb and a fast-charging Zac Osborne after the Rockstar Husqvarna rider rebounded after getting caught up on the start gate.

With just laps remaining, a mistake by Roczen, jumping off the side of the track and being forced to go around the outside of a berm, allowed Tomac to reclaim the race lead, however, it was short-lived as Roczen quickly made his way back into the lead and despite every effort from Tomac, held on for a narrow victory.

The win increased the German's championship points lead to six points over Webb who made a late-race pass on Cianciarulo to claim the final spot on the podium.

Cianciarulo held on to finish fourth with Osborne rounding out the top five.

It was a tough night for round one winner, Justin Barcia, who suffered a fall early in the race. The Factory GAS GAS racer put on a charge and just worked his way back inside the top ten when another mistake saw him take an off-track excursion, eventually seeing him finish outside the top ten. 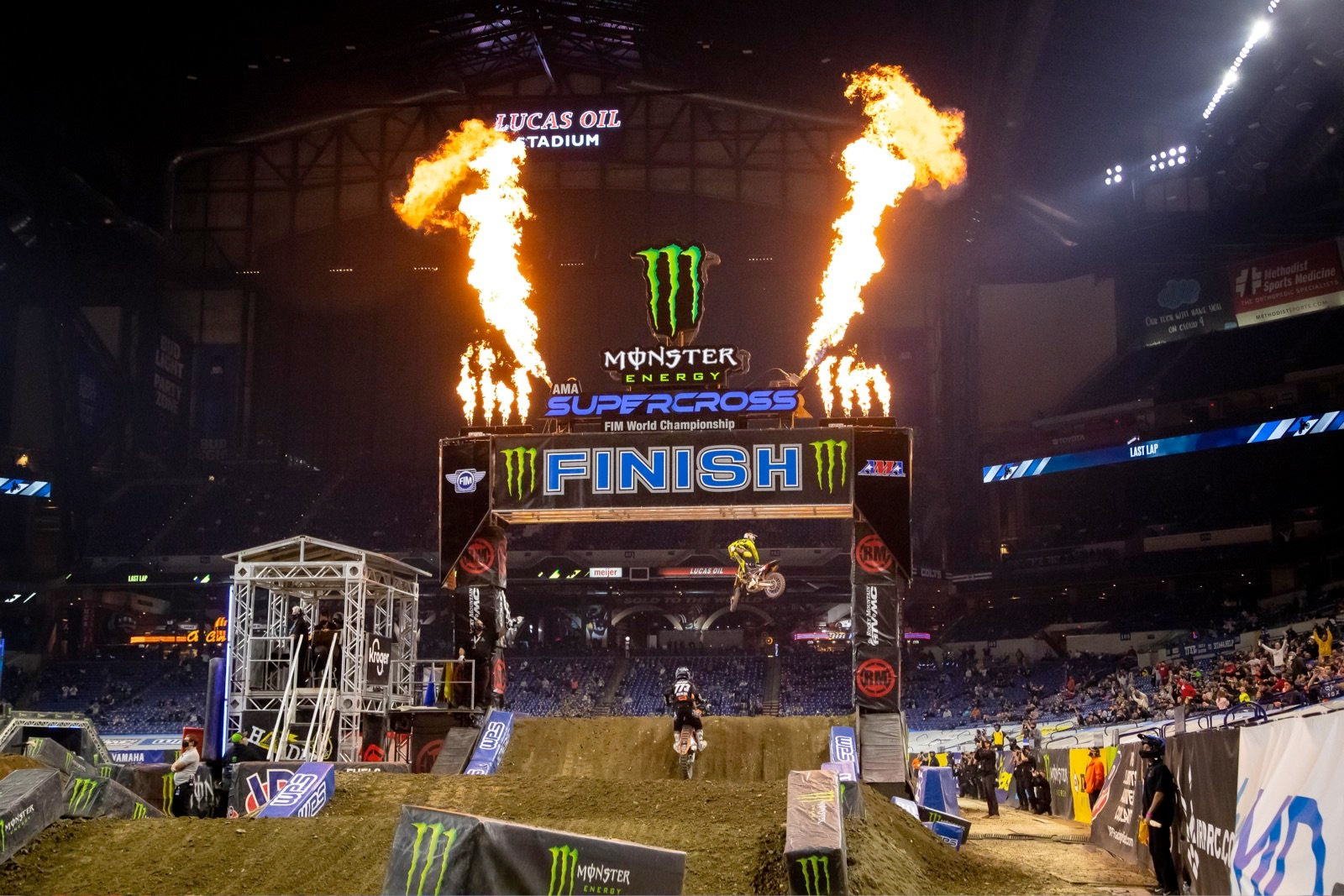 Colt Nichols proved to good in the 250 class
In the 250 East division, it was Colt Nichols aboard his Monster Energy Star Racing Yamaha who schooled the field, grabbing the holeshot just ahead of his team-mate and joint points leader Christian Craig, before putting on a clinique to run away an easy winner and leaving the opening Indy race with a hand 8 point championship lead.

Craig and Troy Lee Design's GASGAS racer Michael Mosiman who had his revenge on Australia's Jett Lawrence in an early heat race, sat comfortably in second and third for the majority of the race, while Lawrence aboard his HRC Honda was left a the rear of the field after a bad start, which was compounded after a mistake on a wall jump, that left him nearly 20 seconds off the lead early in the race.

In an unbelievable ride, Lawrence worked his way all the way back to the fourth position, and with just two laps remaining made the pass around Mosiman for third and went after Craig for the second position

In the second to last corner, the 17-year old drew up alongside Craig, with Craig running both himself and the Honda rider into the outside tough blocks, with the Yamaha rider hitting the deck and leaving Lawrence with nowhere to go.

The move allowed both Mosiman and Pro Circuit Monster Energy Kawasaki's Jo Shimoda to sneak through to claim second and third place respectively, with Lawrence recovering for 4th and Craig re-mounting his bike for 5th.

The next round of the series will see the riders contest the second SuperTuesday round on February 2nd, backing up again on Saturday, February 6th for the final of the three Indy rounds. 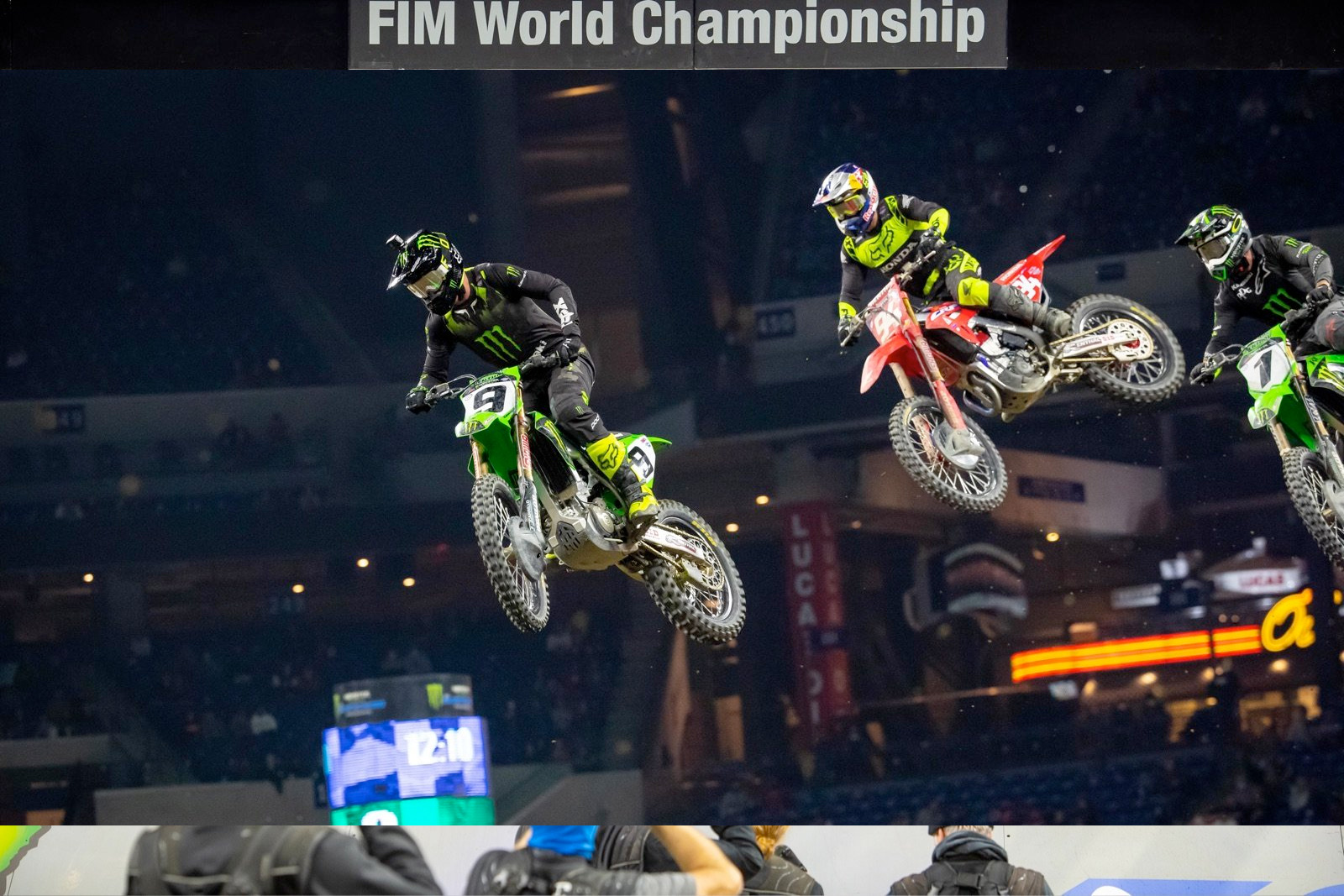 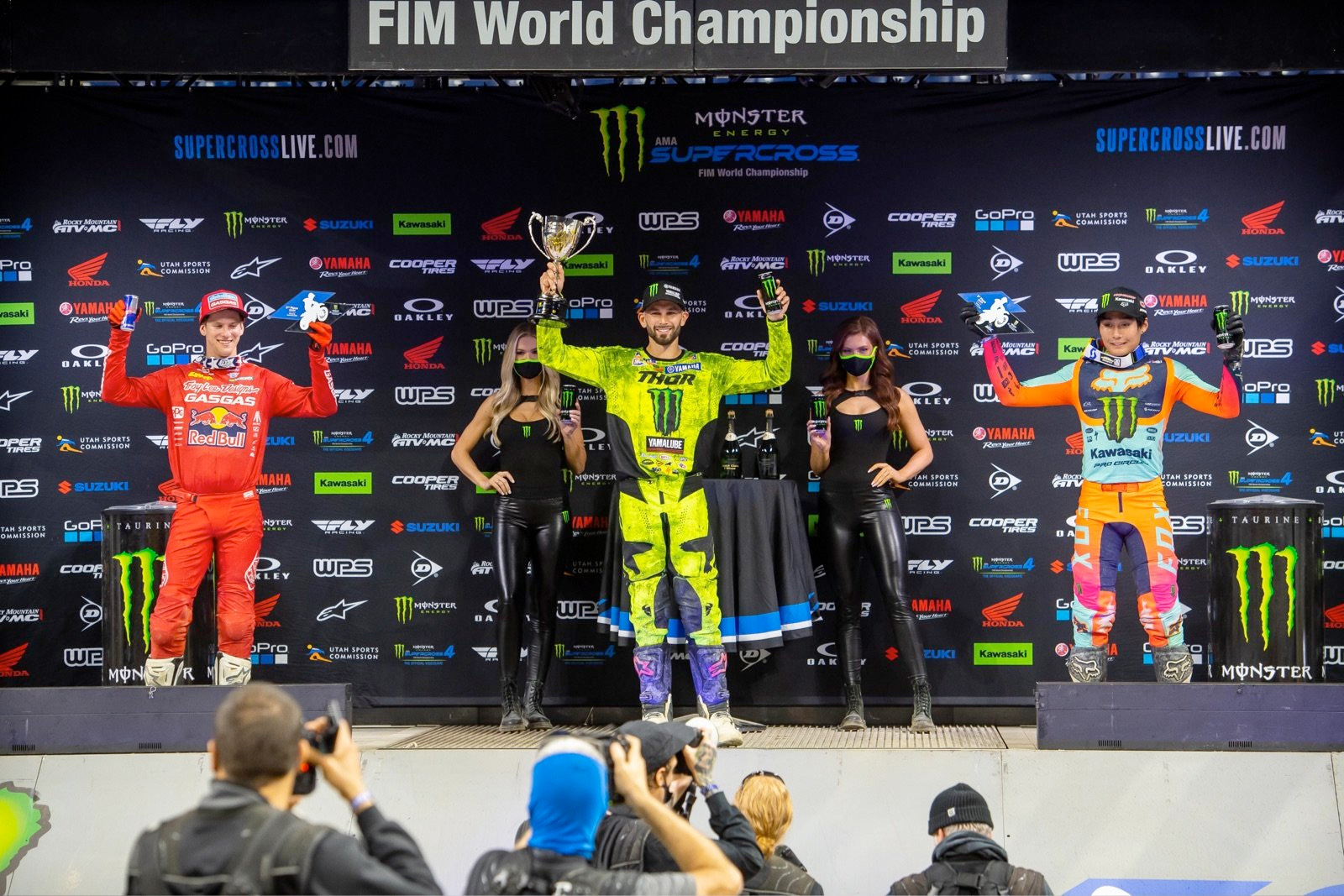