Ken Roczen Not Giving Up On 2015 Title Despite Back Injury 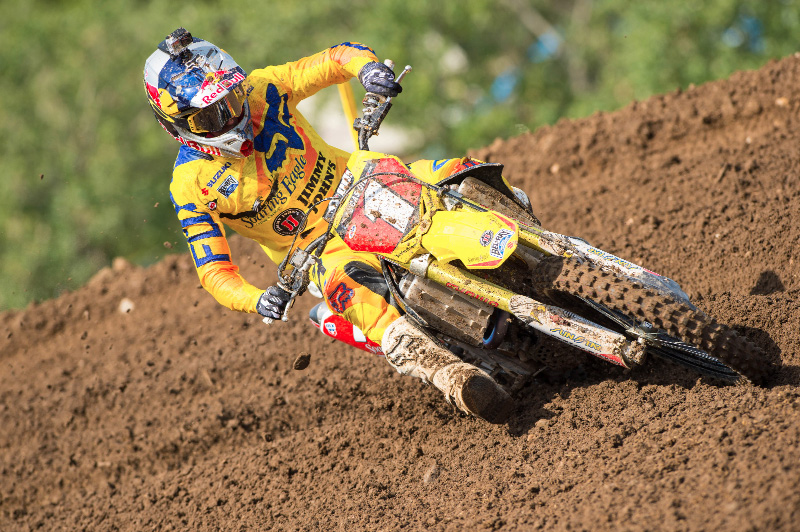 RCH Soaring Eagle/Jimmy John‰Ûªs/Suzuki Factory Racing's Ken Roczen is not giving up on his asperations to retain the American Mootocross championship this season after fighting through injury to a lowly 12th place overall results at the season opener at Hangtown.

Roczen spent half the indoor season sidelined with an ankle injury but the German rider never lost sight of the outdoor opener when he could finally blow the dust off and return to championship form.

Unfortunately, a little less than a week prior to Round 1, Roczen irritated a pre-existing back injury, which ultimately hampered his efforts at Hangtown. Still, despite being slowed by the pain that‰Ûªs common to a back injury, Roczen rallied from a 19th-place finish in Saturday‰Ûªs first moto to record a gritty top-five effort in the second 450 moto of the day.