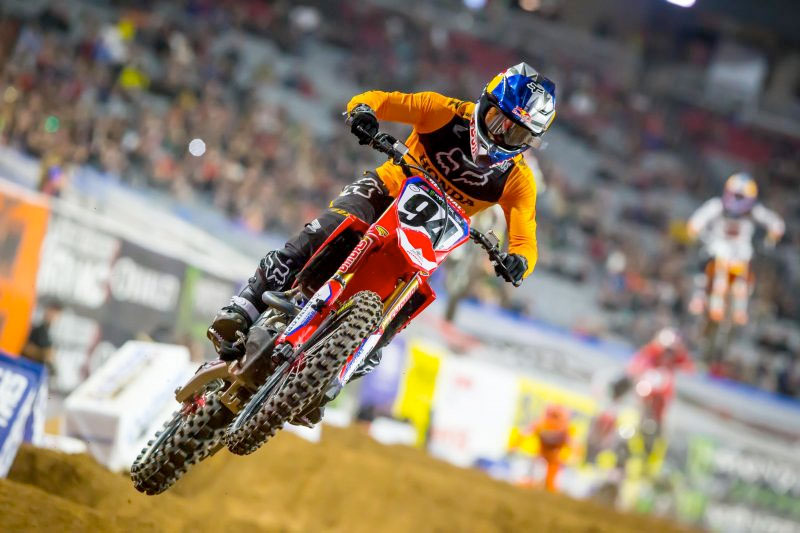 HRC‰Ûªs Ken Roczen has garnered two podiums from two starts in 2019 and now takes the Red Plate as the championship leader going into the third round. Photo: HRC
Team Honda HRC‰Ûªs Ken Roczen turned in an impressive performance at round two of the AMA Monster Energy Supercross series in Glendale, Arizona, scoring his second podium result in a row and assuming the lead in the young title chase.

After qualifying ninth-fastest and finishing eighth in his heat race Roczen had a poor gate pick for the night‰Ûªs main event and lined up on the far outside, but he impressed everyone when the gate fell, rocketing down the long start straight with the holeshot and early lead.

The German put together consistent laps, opening a small gap, but with a little over 13 minutes remaining, the race was red-flagged so that medical staff could tend to an injured Malcolm Stewart. Because more than three laps had been completed, riders were lined up in running order for a staggered restart.

When the flag dropped to resume the race, Roczen remained in the lead until lap seven, when Jason Anderson made a pass that resulted in Roczen going down. Ken quickly remounted in fourth and initiated a heated battle for third, successfully making the pass through the whoops and taking the final podium position. 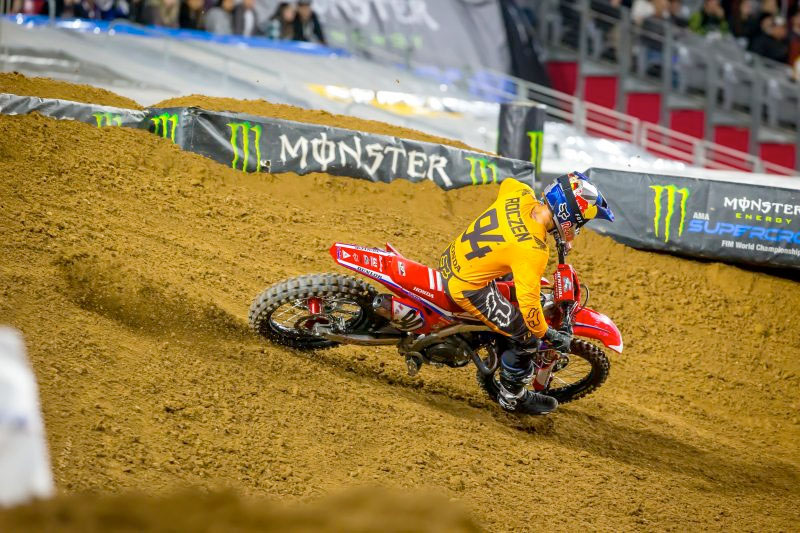 "We‰Ûªre on the right path. I‰Ûªm trying to stay focused and consistent, and I‰Ûªm looking to get some more races under my belt," Roczen said.
‰ÛÏTonight was a little hectic but overall it ended on a positive note," Roczen said. "In the main, I was just so focused on that start because the heat race didn‰Ûªt go well for me, so my gate selection was terrible. I wasn‰Ûªt going to let that bring me down, so I came out swinging and pulled the holeshot. I led some good laps and had good speed. I was just focused on hitting my marks.

"It‰Ûªs never fun when you‰Ûªre leading and the red flag comes out. I definitely don‰Ûªt want to see anyone get hurt so I hope Malcolm [Stewart] is okay. I wasn‰Ûªt too sure if we were going to restart at the gate or do a staggered start but luckily it was staggered.

"Once the flag dropped, I was focused again on trying to stay out front. When Jason [Anderson] came in for the pass, he ended up taking me down. It‰Ûªs racing; I didn‰Ûªt think about him diving in there like that and didn‰Ûªt hear him either. I tried to get up as quick as possible and luckily my bike was still running so I didn‰Ûªt lose too much time. I knew I was in fourth so I was just trying to get on the podium. We‰Ûªre on the right path. I‰Ûªm trying to stay focused and consistent, and I‰Ûªm looking to get some more races under my belt.‰Û 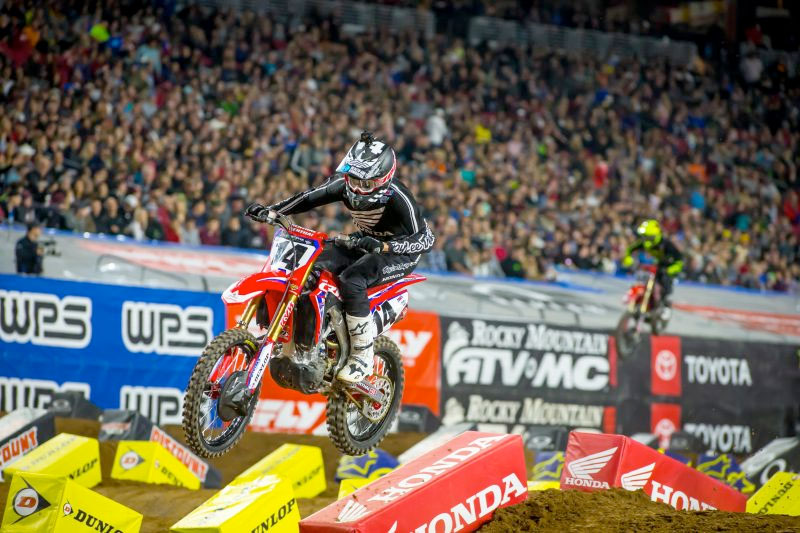 Roczen's team-mate Cole Seely was ninth, saying, "I‰Ûªm really excited to get the first couple out of the way and finally feel like I‰Ûªm ready to do battle now with my boost in confidence.""